How I run my entire online business with a $79 computer and how you can too!

Last night I was speaking to a friend of mine, we hadn't seen each other in a few months so there was plenty to talk about! Naturally , we eventually came to talk about WA - I explained how it worked and how I was using it to make an income online.

I offered to email him some more info about WA and the whole idea of an online business.... he paused for a moment before saying "Yeah, sounds alright but I don't have the money to buy a top end computer to run a business like that"

I chuckled and realised that actually the only computer I had used to create and run my online businesses was the $79 Google Chromebook that I purchased from Ebay, second hand.

Yes - I have a desktop computer and an 15" laptop both great computers, but honestly I haven't turned either of them on in months. I mean, the desktop computer is in the 'home office' but I don't need to be in there very often, I would much rather sit in my kitchen and have a coffee while I work than feel like I am sitting in a typical 9-5, office job as I feel when I sit in my 'home office'.

The 13" lightweight Chromebook computer is perfect. It holds a good battery charge, is super quick and most importantly it is simple!

When I first started with WA I thought that I would need to fire up the desktop computer as I would be creating logos, website, awesome content, editing images, running multiple screens, analysing data etc... etc....

I realise now that I can do all of those things with my $79 computer. In fact, I actually have a few things that I can do on my Chromebook that I can't do on my desktop!

I will be putting a more in depth post up about Chromebooks and cloud computing in the next few days. Please keep an eye out for it if you would like to know more! 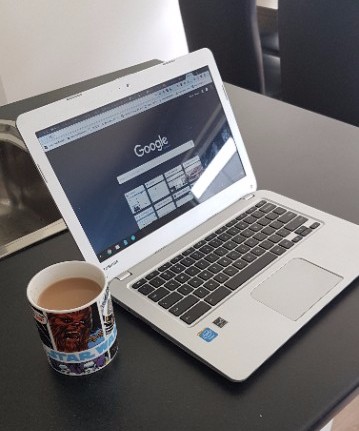 Real photo of my entire setup this morning!

Reply Like Like You like this
MarionBlack Premium
That's good to know Dan. Sometimes newbies think they can do it on a smart phone which, although possible, is much more difficult.

Reply Like Like You like this
platts05 Premium
@MarionBlack
Thanks Marion - Yes, just wanted to share with people that they dont need high end computer , laptops etc to actually create an online business. Actually I think I could safely say that you could easily create and run an online business with a web browser and nothing more. With cloud based apps now readily available for almost anything there is really no reason to purchase or download third party software to do a lot of things. cheers Dan.

Reply Like Like You like this
platts05 Premium
@Suwayba
Thank you! Exactly right! With with the business concepts taught here in WA you don't need to invest in any high end hardware. Sometimes less-is-more and keeping it simple makes it easier , especially when you are starting out! Speak soon. Dan. 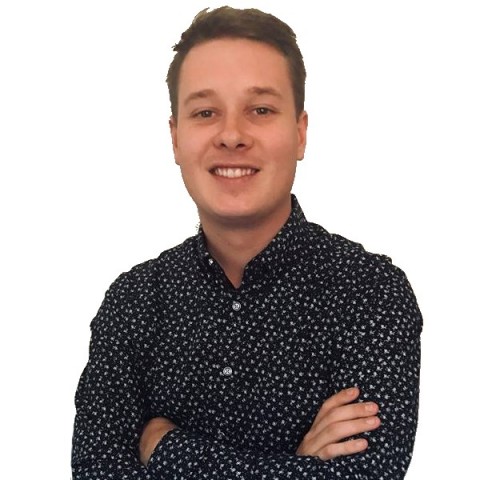