It seemed like an innocuous advert, starting a business is not hard. I used my Wealthy Affiliate link directly from my Facebook ad image to one of Kyle's training videos.

The advert was running well, and I was getting traffic to Wealthy Affiliate. As I have shown on the screenshot, the activity on FaceBook was good. For $15 dollars, I got 106 clicks and 5 shares. The cost per click (CPC) was 15c. 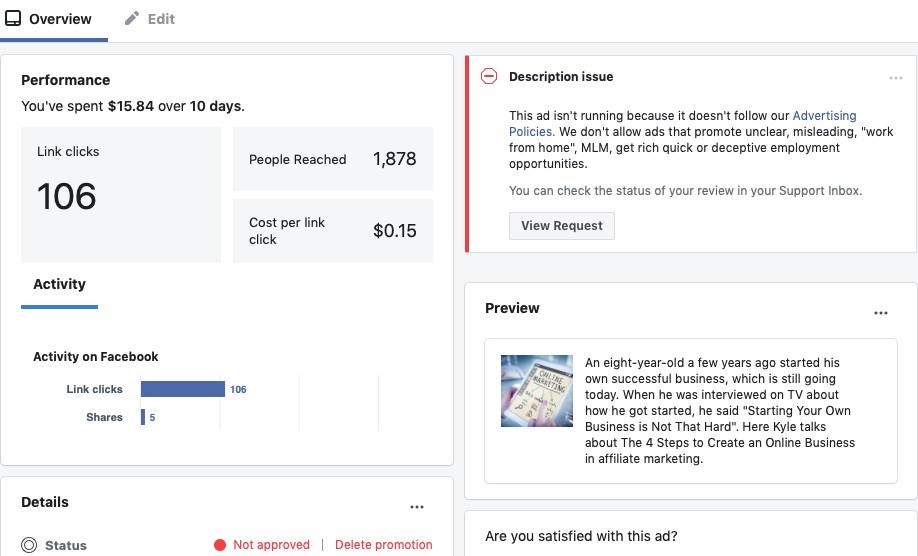 Eight days into my ten day campaign, Facebook disapproved my ad. After my initial surprise and dismay, I decided I may as well appeal and request a review. As You can see, I was quite calm and pointed out that Wealthy Affiliate was neither an MLM nor a get-rich-quick scheme. 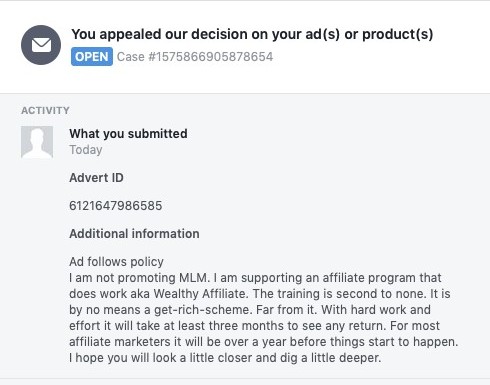 I really thought this was a waste of time and that Facebook had made their decision and there would be no going back. Later that day I received an email from Facebook. Low and behold, Facebook had reversed their previous decision and my ad had been approved and it continued to run its course. 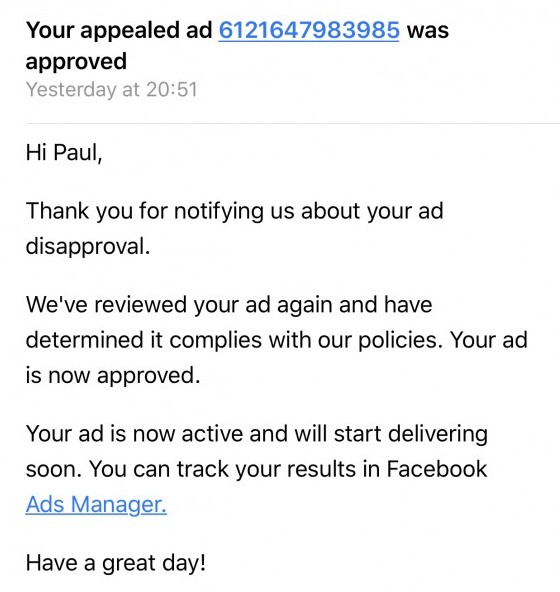 My disappointment turned to joy! I was not expecting this to go well. So, I sat down and gave this some thought. I had been running ads in different ways.

It could have been that someone simply reported the ad, very easy to do with just a couple of clicks, and that my ad disapproval was automatic until I appealed.

My takeaway from this is don't include an affiliate link in Facebook ads! Affiliate Marketing ads are OK, but in future I will link to Wealthy Affiliate via my website, either to a post or via Pretty Links.

Write something…
Recent messages
AlanJE Premium Plus
Thanks for sharing. Facebook can be tricky to fathom out Alan

Reply Like Like You like this
yangetmaij Premium
Great job and thanks for sharing. I am not there, yet, but I am sure I will be barking up your tree once help is needed. Thanks and God Bless.

Reply Like Like You like this
SnazzyIT Premium
Thanks for this info. That helps those of us who has got the boot to do what you did.

Reply Like Like You like this
sukumarth Premium
Thanks for the reminder! Did you use any link (that directed to your post) on the ad copy or just in the call-to-action button (Learn More, for instance)? If you did not use any links in the copy but only in the CTA button, did you use the post URL directly?

Reply Like Like You like this
PaulREvans57 Premium
@sukumarth
The CTA button and the image is all-in-one. I have not control over that. The visitor clicks the image or the Learn More button (which is optional) both use the same URL link.

The link I used was my unique affiliate link directly back to Kyle’s Wealthy Affiliate Training.

As I said in my post above, I won’t be doing that again! 😊 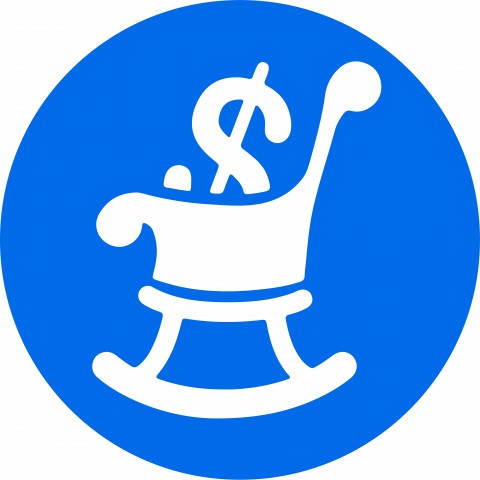 4Years
View PaulREvans57 Profile
Follow paulrevans57
PaulREvans57's Posts
91 posts
View all
Do Not Give Up
15 comments 25 likes
I Am Grateful For The Moment
52 comments 34 likes
Temporarily Gone Away
19 comments 24 likes
Finish The Race
11 comments 22 likes
Handy Tip #3 - Create Cover Imag...
23 comments 27 likes
Never Let Yourself Be Defeated
49 comments 46 likes
Time is of The Essence
22 comments 25 likes
Editing On The Go
12 comments 20 likes
Should I Laugh Or Should I Cry
30 comments 30 likes
The Light Has Just Come On
15 comments 29 likes
Hold Tight!