The Angel has gone home.

The universe had lent us one of his Angel to be with us to feel joy in our lives even if it was a short time.

He was really an Angel sent down to us to reunite his broken family. He knew that he had a purpose. That purpose was to remind us that we are not alone in this world. That the universe is looking out for us. The universe works in mysterious ways. And we should never lose hope.

Some times laughter, joy, sad, fearful, hate, and hope. He never let his illness run his life. Never let anyone felt sorry for him. He wanted to live a normal life just like any little boy that became a great man.

He was born with beta-thalassemia major and last year had graft Vs. host disease (GVHD) which took his life at the tender age of 23.

"Everybody was gathered at the grieving hill. Loved ones, friends, and family all alike were there. Weeks before, people heard news that a friend of theirs has been taken away. Some would refuse to listen and be hoping that he'll show up once again with his smiling face.

Others accepts it that it'd happen to anybody, but deep inside they are grieving. Time has passed and some had accepted the truth but the ones who didn't, their time to accept and acknowledge would come later.

The close girl friends would all comfort each other with their presence and tears. His best friends would, at first, become angry, then irritated, and finally sadness would settle in within them for they had lost one of them.

His family would get together and comfort one another for the youngest had gone away. To some this would be the third time it happen, and to others this would be their first. The claims of being joyful for him instead of being sad would be easily forgotten, for, to some, he was the one who brought joy to them.

Many would shed tears and lose themselves in a hole but some would try to carry on life as if it never happened. Some would applaud those who were able to get through with this but other knows that deep inside it was hurting as well. The regrets people would have about not spending more time with him out getting to know him better would just make the grieving worse but alas it is needed.

Once people had their time grieving they would have to accept for what happened and moved on. Standing before the wooden casket, people would say their greetings and goodbyes trying to not take a long time for there were people behind them. To many they had lost a friend and to others they had lost a brother but all they should do is what I would want them to know... Smile, cry, laugh, punch, weep, do whatever it would take to get over grieving but keep in mind never lose hope."

Thought I share my nephew's last words with you all. He was a very talented writer that was never realized. Gone too soon. The Angel has gone home.

Write something…
Recent messages
Raquel14 Premium
I'm sorry for your loss. Indeed, he was very talented.

Reply Like Like You like this
AffMktgRt Premium
Truly sorry for your loss and as always we as humans do fail us when such tragic events occur in our lives.

The beautiful note he had written was IMHO his trying to bridge that gap and to seek peace for himself and provide some lasting comfort to his grieving family.

We can only find guidance and understanding in the Scriptures that our presence here is but a temporary one and that we are destined to be forever reunited with our Heavenly Father.

May God provide comfort to your family and provide you with strength in this difficult time and the endurance to move forward.

Reply Like Like You like this
DonnieNorton Premium
Hi there, what a beautiful piece of writing. Your nephew had some amazing talent. I'm glad to see that you know he is in a better place. I don't know if you have any more of his writings but if you do maybe you could consider publishing them. I wish the best in your here.
Donnie

Reply Like Like You like this
Nkaujzeb Premium
@DonnieNorton
Hi, Donnie he had his own blog. Would be nice if that was possible it could help his mom out a lot too.

Thanks for commenting Donnie. 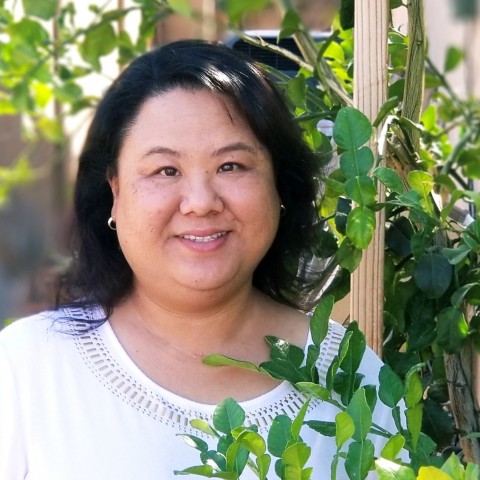