Some people find it hard to write simple phrases using simple words. Others find it easy to do, mainly because of their work, where communication (oops), I mean speaking with, or to fellow workmates.

You are cutting to the chase and speaking in a way that is easily understood.

The second they open a blank page a different attitude takes over and it is like they are in the classroom again. Doing their best to please the teacher with correct grammar, punctation and throwing in the occasional convuluted word or phrase to impress the teacher in the hope of getting a higher mark.

Of course there is nothing wrong with correct grammar or punctation.

Shifting your content between tenses and having sentences without proper punctation only makes it hard for the reader to understand, and throwing in convoluted words is a turn off.

Often in the Wealthy Affiliate blog posts, there is a debate as to whether we should be doing long form or short form content.

It is not only confined to Wealthy Affiliate though.

The other day I saw a comment in an SEO group asking if the SEO plugin could be upgraded to give the estimated time it would take to read articles. ( I believe Yoast has it, also you will see it at the top of the articles on Medium).

While many might say she could be "Missing out on important information", or "That is her problem".

The other side of the coin could be, how common is this behaviour, and why?

Was the title not interesting enough?. Obviously it had some interest but not enough.

What else could be done other than improving the titile?.

The chances are that she would have at least scrolled down on the page and had a quick scan. If the article was set to a continious scroll she would have just closed out of it.

But, what if the pagination was set up differently?

Many of us here in Wealthy Affiliate have our blog pagination set as a continious scroll.

If the person complaining about 9 minutes had of scrolled down and seen "Read More", who knows?, she may have read that first page and bookmarked the article to come back to it later.

Such is the fickle nature of our audience we need to aware of how we are writing, how it is set out, on top of the SEO optmisation we put into getting our article ranked.

One thing your SEO won't tell you is, if your article is interesting.

It would be a shame to have an SEO score of 100, ranked no 1 on Google and someone comes along, sees it will take nine minutes to read and moves on.

Write something…
Recent messages
maxmillion18 Premium
Very interesting point Michael. Maybe it requires some split testing to assess whether visitors prefer to see the article duration or not? Or prefer the "Read more" or "load more" option or the continuous scroll.
I think having the article duration would be useful, but whatever it was, I would still speed read through if the subject line or title was of sufficient interest.

Reply Like Like You like this
Mick-D Premium
@maxmillion18
You have hit a nail on the head there Michael " if the title was of sufficient interest"
Michael.

Reply Like Like You like this
Linda103 Premium
That is actually quite shocking Michaal.
The person cannot take 9 minutes to read something? Does that same person look at a TV programme and say "I can't watch that it is too long"?
I doubt it.

Reply Like Like You like this
Newme202 Premium
This is so interesting Mike. I've been aware of the length of my articles and how to engage my readers more but never the fact of setting the blog roll to load more or read more
I don't even know how to do that.

Reply Like Like You like this
Mick-D Premium
@Newme202
I can Simone. In most themes you should find the pagination setting in your general settings. Just choose your option and save it.
There are also W P plugins that offer more options, like which pages to break up, navigating to older posts, split posts and comments.

PM me if you need to Simone.

Reply Like Like You like this
JeffreyBrown Premium
Very well said, Michael! People nowadays want their information and they want it quickly without having to work at it, imho!

Reply Like Like You like this
1Rudy1 Premium
There are a couple sites where I've seen a counter that shows length of time to read.
I'm curious as to who's speed are they using and is there a grading curve...grin.

9 minutes could be a long time if you're only searching for something.

If you're there to learn, a 9 minute read isn't very long.

Reply Like Like You like this
Mick-D Premium
@1Rudy1
True Rudy, 9 minutes and a cup of coffee is a comfortable read for many people.
They say optimum speaking is about 100 words a minute, reading is obviously quicker so between 1500 and 2000 words is a ball park figure. 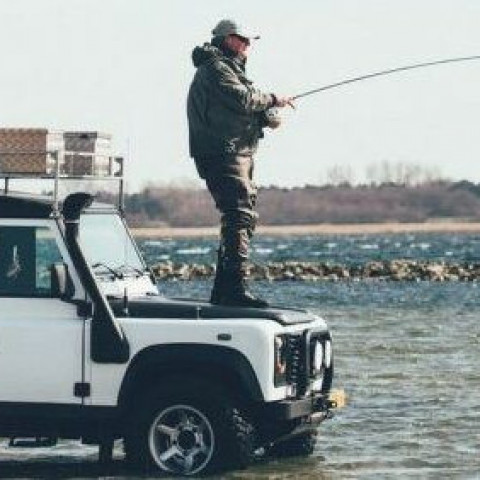