If it no longer serves you.

Get rid of it!

It sounds a bit harsh, but trust me, it is the way forward!

In my day to day life I am pretty minimalistic. I don't have a lot of things, most of my things have been digitised and even my digital world is constantly being cleaned up.

Honestly, I could put all my little things in a carry-on suitcase and a moving box that's me done. And that's how I like it. A couple of years ago I had a house full of stuff but I wasn't happy.

I wanted to travel more, I wanted to live in the Caribbean! So I sold my house and my stuff and moved back in with my parents until I packed up to live on Curacao.

Even though I had gotten rid of most of my stuff the move back home was a nightmare and I made a concious decision to move to Curacao with one suitcase only. I have lived in fully furnished rented homes since then and have been flexible enough to pick up at a moments notice.

That notice came almost 3 years after I moved to the Caribbean when my mom was diagnosed with cancer. I packed my carry-on (all I had left by then) and came back home.

Luckily all is fine now, but I am very thankful for being a digital nomad at the time and a minimalist, so I could pick up and go home, when I was needed.

Now I am flexible enough to travel the world. As I started doing in January of last year when I traveled the US for 3 months.

Over the last 5 years I have been very unlucky with jobs. Whole departments get fired (including me), owners don't have enough time (and money) for their projects that I am trying to run for them and decide to stop everything, including paying me. And my last job was at a company that is now facing bankrupcy.

I see these thing happening a mile away, but the owners don't seem to. This only strengthened my resolve to build my own business.

But while I am trying to build something I am constantly faced with distractions.

1. I have to work a day job, so I can still afford to go to Japan this year for the rugby world cup.
2. When I am between jobs I have to spend a lot of time finding a job.

So basically at least 40 hours a week are already lost.

Then all of my project ideas eat up the remaining hours. I just couldn't seem to pick the project I wanted to start. When I did finally decided, all ideas for posts or products and promotion would be for one of the other projects.

I knew that in order to focus I had to get rid of everything that is no longer serving me and distracting me from what I really want to do.

Some were simple domain names which I gave away in some facebook groups that I belonged to and here on WA.

But I had more serious projects too. Files upon files with accompanying domains. Projects that I had already invested time and money in, but would never get off the ground.

As it's not enough to sell (I have tried to sell one site that is much more developed than any of these packs to no avail) so I figured I would give it away.

I had no takers on my email list and was about to start making my peace with just trashing it all.

But then I had an epiphany! How could I have been so stupid! I had the perfect audience for these packs.

The users of WA.

You may have seen (or not) that I have been giving away the niche packs. And I am happy to say that 3 of them have already found a new home with action takers. Who hopefully will be able to bring my ideas to life and turn them into their own money making machines.

That would really make me happy! There is only one left to be claimed, but it might still go unclaimed. [UPDATE: all have been given away and tranferred to their new owners now]

What do I get out of it

I get peace of mind.

And I get happy, because I feel that I might have been able to help someone else on their way to an online income.

Am I left with nothing but one site?

God no. I still have multiple projects that I am going to be working on over the next few months. But I have planned things a little differently this time. They won't all be updated daily, weekly or even monthly, so that definitely takes a load of.

And hopefully I have given you the courage to let go of projects or things that aren't serving you.

Reply Like Like You like this
ExpatMark Premium
Great post Linda. Once I got a taste of absolute freedom, I knew that is how I wanted to live. I can fly out to anywhere, anytime, and with whomever I want. I love it! No kids, no wife. Just a Ukrainian girlfriend of 4 years that thinks I hung the moon. Don't tell her I didn't. Which niche site to you have remaining? I would think the survival site would be a great money maker.

Reply Like Like You like this
lindasays Premium
@ExpatMark
All of them have now found a new home. The last remaining one (prepping) was claimed earlier today.

I am now a lot lighter :) And very happy that they have found new homes. Cannot wait to see how successful these projects become, now they have owners that actually have time to devote to it.

Reply Like Like You like this
Terand Premium
Must be tough on you. I can understand as I also experience job dissatisfaction over the last years. You must be strong. Fortunate that you found WA. Wish you all the best and take care! :o)

Reply Like Like You like this
Barney44 Premium
Now know what this day has in store for me. DON’T NEED IT ...GOOD BYE. Good thing the today is trash collection day. The dumpster will be empty by noon. Need to get started filling it before they come this morning...LOL.

Just maybe I will be able to find my desk desk and not have to depend on my roll around desk to work from.

Reply Like Like You like this
qrwizard Premium
I would have written this post myself if I had time. I know exactly how it feels, what peace of mind means to me, and what letting go can do for my soul.
Thanks for sharing, Linda!
We'll meet in Curaçao one of these days ;-)

Reply Like Like You like this
lindasays Premium
@qrwizard
It's so awesome. I literally feel lighter!
This whole exercise (making money online) is to live more and enjoy more, so I really don't need to be distracted more. :)

I would have to fly back there too, as I am in Europe these days. Really miss the sunshine of the Caribbean though.

Reply Like Like You like this
qrwizard Premium
@lindasays
I agree with you, but one of my demons tricked me into buying a new domain name... wagt.org just in case I find the time to explore my WA's Got Talent idea ;-)
Anyway, I'm building a portfolio of domains to sell this week and focus on my main project...

Reply Like Like You like this
lindasays Premium
@qrwizard
haha, really, another domain. I know the problem well. I get an idea and lock in the domain name before someone else does.
Good luck with selling your domains! 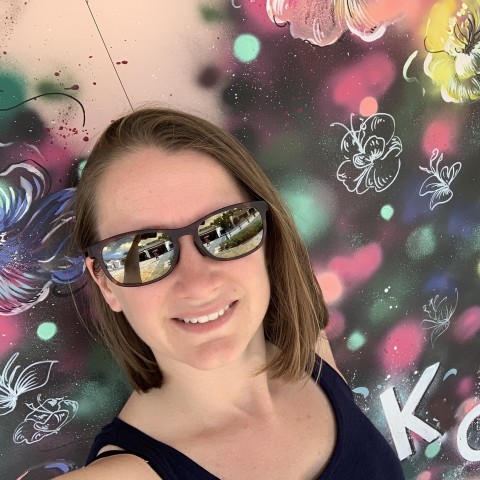 3Years
View lindasays Profile
Follow lindasays
Lindasays's Posts
17 posts
View all
List with Buying Keywords
20 comments 17 likes
The Art of Commenting
12 comments 13 likes
What I learned from trying to ma...
14 comments 12 likes
If it no longer serves you.
13 comments 9 likes
8 ways to make money from your n...
8 comments 12 likes
How do you build a Niche Site?
5 comments 5 likes
Warning Signs in the Make Money ...
22 comments 14 likes
3 Reasons why running a Niche si...
4 comments 3 likes
What is affiliate marketing and ...
0 comments 3 likes
Don't put all your eggs in one b...
12 comments 9 likes
Hold Tight!