Growing into a Business Owner

When I joined WA I had a pretty good idea that I was going to learn how to create a website and setup an online business. That process is ongoing and I am learning step by step, little by little. Probably a little slower than most due to time constraints and other challenges, but that is not the aim of this blog.

As we begin the process of following the training we are exposed to a vast amount of information and learn skills that we didn’t even know we didn’t have. We get to think about things we never thought mattered, like niche markets and keywords and we get to do tasks to keep us on track with building an online business.

Along the way I have seen a number of people come to WA in search of something that they did not find and are very soon gone and never seen again. Some stay a little longer before they disappear off the radar. I got to wondering what it was they were searching for and did not find. Was it shiny promises or an easy way to do nothing and make it in the real world?

I believe it takes a certain type of mindset to see the value of a place like WA. The people that are still here have taken the time to see the opportunity they are being offered. They have evaluated their options and have decided this is the right path for them. They are determined that they can learn what others have learned and achieve the success that others have achieved.

What I did not expect to get from WA was a personal growth program. I started as an ordinary person with a desire to succeed. From the time I joined I was confronted with challenges that would cause me to grow. I won’t mention them all, just those that had a significant impact.

I had to tell these strangers about me. Who were they and what did they care anyway? Well, since nobody knows me I can be anyone I want to be. Then they wanted to see what I looked like! I have never liked being in front of a camera and to put a picture of myself on my WA profile took some doing and probably a few weeks too. I didn’t have a picture of myself anywhere public, not even on FaceBook. I have even seen a member refuse to give his real name in chat because he “does not give his name to people he does not know”. You have some growing to do my friend.

Some time back (last year) one of the members posted a challenge to create a decent profile on WA and many of us took it up (http://goo.gl/P4CxIP ). I have to add that I have not seen him around for some time now. But over the next few weeks pictures changed to faces and profiles were filled out with names and information as people took up his challenge.

Lesson learned – these are real people just like me.

Since I had only just started out and was still finding my feet, it was a challenge to put my work up for review. I soon learned that it was very worthwhile and helped me move forward a few leaps after having to go back and fix some basic mistakes. Now it is almost natural to ask for reviews and comments.

So it was a challenge for me post a picture for my WA profile, can you image what happened when I was told that I need a mug-shot for Google Plus? This is a public place! Anyone in the world could see the picture and recognise me (if they know me of course). I was stuck again. Knowing I couldn’t dodge it I had to deal with it. This was probably when I had my “Ah-Ha” moment.

I had to grow into a business owner!

I thought about successful business people that I know and have heard of. They all have faces that I can recognise. Not only are we being taught the skills to build an online business, but we are also being taught to build ourselves as a brand. This is subtle and challenging at the same time. There is no specific training for this, but in some of the tasks this is what we are really doing. When our sites are successful then we are the successful owners of that site.

Lesson learned – I had to be the business owner that I wanted to be.

This was a huge personal challenge for me and I can recognise it in others. It is interesting to be able to watch people learn and grow. The sooner we learn the untaught lessons, the sooner we are able to move on-wards and up-wards.

Did you have a similar experience where you suddenly found you were growing as a business owner?

Write something…
Recent messages
Cinaje Premium
I have different challenges but in the end, they're all just roadblocks. Roadblocks are just invitations to go a different route to get to your destinations. Sometimes you see and learn things that you never would have if you hadn't ran into that roadblock! Great post! 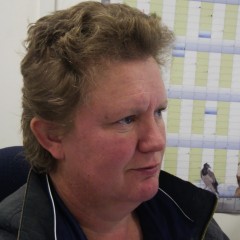 7Years
View Lesmyb Profile
Follow lesmyb
Lesmyb's Posts
7 posts
View all
I'm here for another year!
8 comments 8 likes
Off to a slow start .
10 comments 4 likes
7 weeks of utter frustration!
3 comments 3 likes
How long does it take to get pai...
3 comments 7 likes
To my followers: Happy New Year
7 comments 6 likes
How do you know when it is time ...
21 comments 6 likes
Growing into a Business Owner
5 comments 12 likes
Hold Tight!