Early Saturday morning, November 25th, 2017, I had a dream about watching a basketball game!

Just before halftime one of the players made a costly mistake which made the coach explode! He blew up and called the player a bunch of four-letter expletive words. The captain of the team came up to the coach and told him that he should not have done this. "I know", replied the coach to the captain......" we will talk about it at the halftime break".

Halftime break came and the team went into the locker room. The first thing the coach did was to apologize to the player who he swore at. He said to the players, "I let my emotions and frustrations of the game get the best of me. What I said and did was not acceptable and should never have taken place, so please accept my apology".

While speaking to his players, the coach told them that when he was young he was a great basketball player, just like all of them who are on this team now. "You are losing your identity of who you are and what you can do. We are playing like a bunch of wild madmen out there with no discipline. Can't you see that you are letting the other team and the game control you, instead of allowing yourselves to control the game? We are here for a reason, and the reason why we were all here in this championship game was that we are all well-equipped with the necessary tools and training to be here. This is just a game", said the coach. "Go out there, be yourselves, and let the game flow from you instead of trying to force things'. The last thing he told them was to have fun, "for if you are not enjoying what you are doing......then what you are doing here or anywhere else in life will not work for you".

His team was down by over twenty points and started on defense at the start of the second half. One of his players was not focused on his duties and blew his coverage. When the other team scored, the coach took a timeout. This player was not focused, his tongue was hanging out, he had a look of confusion on his face, and the coach knew he was not playing like he knew he could. He was playing like a confused wild madman out of control like the coach had talked about in the locker room. "We need to take our shots and to cover the shot if missed like you practiced all year. You all know where you should be, and who and where each of your teammates should be! You know what each other's duties are. We need to play the game with complete confidence in ourselves and with each other", said the coach.

"I only have two more of these timeouts left", said the coach. "They are like gold and I do not want to waste them. Have fun, stay focused and play the game in which I know you can do"!

After about five minutes into the third period, the coach called a timeout! The team was wondering what they did wrong now. He communicated to his team, "I want to congratulate you on your performance right now and I want to encourage you to continue building on it". The game was flowing from themselves instead of against them, and he told his players that if they stayed focused like this that they would have a shot at winning the game! "All that is stopping us now will be the time on the clock! Let's play", said the coach loudly!

When the basketball game ended with his team needing three points to win or being able to score two points to send it into overtime. A shot was taken, the buzzer went off and the team came back to the bench having a look of sadness and gloom. "I want you to go out unto the court and hold your heads high and celebrate", said the coach........" you are the real champs, the other team did not beat you, only the clock did! When you go home, I want you to watch the second half of this game. I want you to look at the coaches face and the faces of your opponents team. You will see what I mean".

Thanks for the reply back!

Reply Like Like You like this
VeronicasLuv Premium
This really is a great analogy, Tim. Just because there's hard work involved, doesn't mean we can't enjoy the journey. Thank you for sharing these great pearls of wisdom. 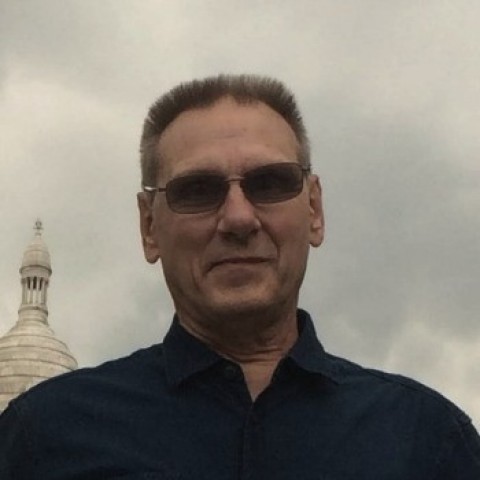