My body is trying to kill me!

Last week I wasn’t sure what I was going to write about this week. I knew I would come up with something—I almost always do, but I didn’t have anything specific in mind.

I was nervous about it, but because this had happened several times before, I didn’t give it much thought.

Sunday morning, my voice was back to normal, the swelling was down, but I still felt yucky so I stayed home from church to rest.

On Monday, I still felt horrible, but I went to work because Mondays are “paper day” when we do all the layout. It’s a very busy day and it’s difficult if someone is gone.

My left hand was a bit swollen and very itchy all day.

Later that evening my bottom lip started to swell up slightly on the right side.

When I woke up Tuesday morning, I felt horrible, but knew I still had a lot of work to do so I got up and got dressed. When I looked in the mirror I was met with a sight I did not expect. My top and bottom lip on my right side were both puffy and so was my cheek. 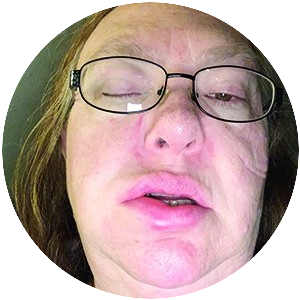 It kind of looked like I had been one of the participants in a prize fight. The losing participant!

I had experienced swelling of my lips before, but not both at the same time and my cheek had never been swelled up. I made a doctor appointment for later that day and went to work.

After about an hour or so, my tongue started to feel funny. I looked in the mirror and saw that it, too, was swelling up.

That was when I decided it might be best to go to the emergency room.

And that is what I did.

When I arrived, it was just a matter of moments and I was seen by a physician.

They asked a ton of questions, but because of my swelling tongue, it was hard to even talk at all. (Some people might see that as a blessing!) I did the best I could. 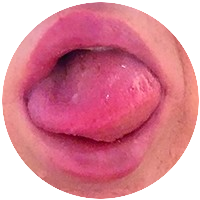 They put an IV in my hand and gave me Benadryl and something else.

A bit later they took blood for the many tests they wanted to perform to see why I was all swelled up.

Someone was in seeing me every 10-15 minutes.

After an hour or so it became very clear that the Benadryl was doing nothing so they gave me a shot in my thigh of epinephrine (adrenaline).

It took a couple of hours, but by 4:30 it appeared I was showing some improvement.

They were going to order this other medication that is made from a part of plasma, but opted to keep me overnight instead.

As plans were being made to keep me overnight, I was still sitting in the room, wondering what was taking so much time.

It turned out that it was good we waited because by 5:30 I was being released to go home. The swelling of my lips and tongue had diminished to the point that I could actually take a sip of water! I was also able to speak more normally.

My family was already on their way to see me in the hospital, so they just continued their trip and took me home.

At this time, we still do not know what caused this severe reaction. I haven’t changed any medications or eating habits except I’ve been cutting out meat (just eating about two ounces three days a week), eggs and dairy.

I haven’t been eating any cherries which seemed to be the culprits earlier in the summer when my lips swelled slightly.

Now yesterday—Thursday—I had a new thing which was a hive that broke out near my right armpit. At first it was a bunch of little ones, but now, Friday morning, it is one big one! It itches like mad! I try to distract myself so I don’t scratch it, but at random times, I find myself scratching it. I am taking Benadryl which did help me to sleep last night, but I can’t take it during the day, so I took some Zyrtec (under doctor’s orders). It is not taking the itching away (at least not that I can tell!).

I will be meeting with an allergist in October. 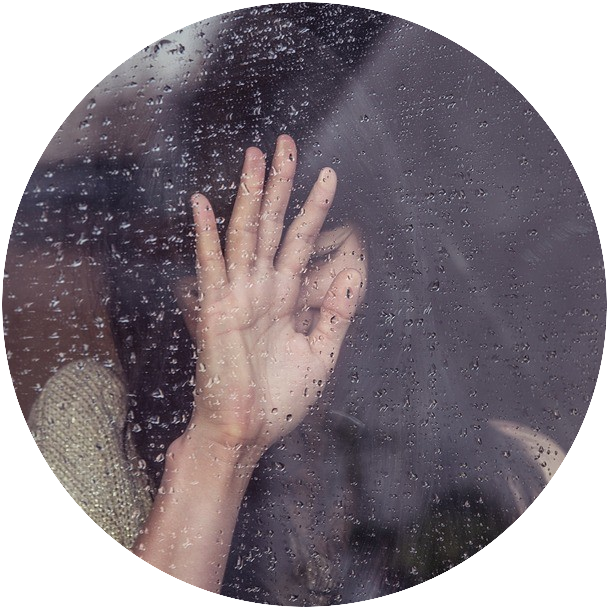 Over this past weekend I also developed a UTI... I am really starting to think my body is trying to kill me!

In the meantime, I still have the same issue I had before when I was dealing with getting medication to treat type 2 diabetes—no insurance! I am scared to get the bill from the ER!

I also have to get an epipen. It is nearly $400 which I assume is much less than spending the day in the emergency room or risking anaphylaxis. However, it is still $400 I don’t have right now.

I have been checking around and have found that I can get the epipen cheaper, so that is a good thing!

Our bodies are such mysteries and when things go wrong with them and even the doctors are unsure of what is causing the problem it can be very frightening.

I am a little afraid to eat anything! On the plus side, I was able to get into my size 18 jeans again!

Having said all of this, the moral of the story is, have insurance (you might have to make a choice between eating, heating your home or insurance, but choose the insurance).

If you don’t have insurance, when you get the ER bill, be prepared for the heart attack. I haven’t received my bill yet, but I am preparing. I’m telling myself a really big number and hoping I will be surprised by a lower amount! I even dreamed about the bill last night.

I am so grateful for the hospital ER crew that was working that day. They were very professional and caring and I felt very safe in their care.

Write something…
Recent messages
Linda103 Premium
Oh no Karin, you are really going through the mill.
So sorry you are having such problems.

I had hives for the first time this spring. I woke up covered in them all over my arms and legs. I figured out I have severe allergies to pollen now (I never had anything like this before, just a little runny nose). It was very scary but my face didn't swell up as badly as yours.

I have been taking allergy pills (Allegra D) every day since then. It is over the counter but the amount you buy is restricted per month since the D part is pseudoephedrine which is regulated (since people use it to make meth).

I have also found many natural anti-histamines as well which help. I wrote a post about it on my site.

I am so sorry you have such a severe reaction and no insurance.

Reply Like Like You like this
Karin13 Premium
@Swangirl
Thanks, Jessica. Bummer about the hives! I think these darn allergies are getting worse and worse for everyone!

I will check out your website for that article.

Reply Like Like You like this
Joes946 Premium
Oh Dear! Didn’t sound good. Pray you recover quickly and don't have a heart attack when the bill comes!

Reply Like Like You like this
Karin13 Premium
@EHR
Thank you, Gene. I hope they do, too. This is a misery that hurts and itches and threatens my life. But Zyrtec seems to be managing it for now. 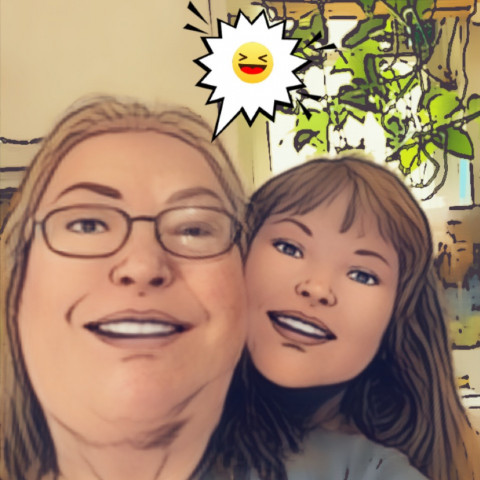