Are you law abiding?

Are you law-abiding? Well, are you?

Most of us would likely answer, "yes" to this question, but herein lies the conundrum...what exactly does "law-abiding" mean?

If it means not breaking the laws of the land, well, then most of us probably are law-abiding. 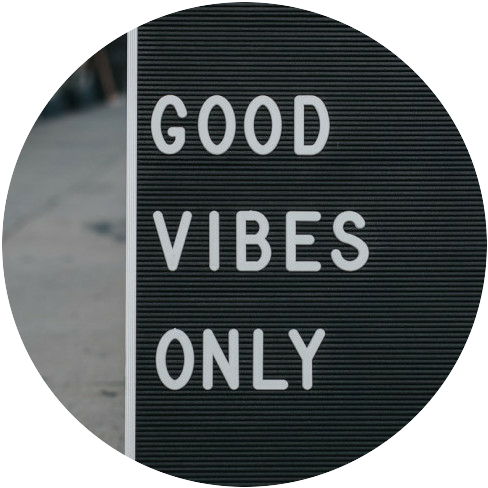 If it means following the Law Of Attraction, however, I would argue that many of us are NOT law-abiding at all.

Mike Dooley says that, "Thoughts become things." This is part of the Law of Attraction. What we think about most manifests itself in our lives. In other words, we "attract" the things that come into our lives.

There is no surprise there. She was conditioned to believe that she would have thyroid problems and she did.

But all I have are mountains of debt. I sure didn't ask for that . . .

Well, maybe you did. If you think about debt all the time, what do you assume you are going to attract?

The movie, "The Secret" talks about these things on the surface level. I read a condensed version of the book, "The Secret," once and it went into greater depth about the Law of Attraction and how it works.

I decided to do a little experiment in the Law of Attraction. For most of the last two months I have decided to live "as if" I already had all the money I would need to do the things I wanted to do.

I know it sounds crazy, but hear me out. 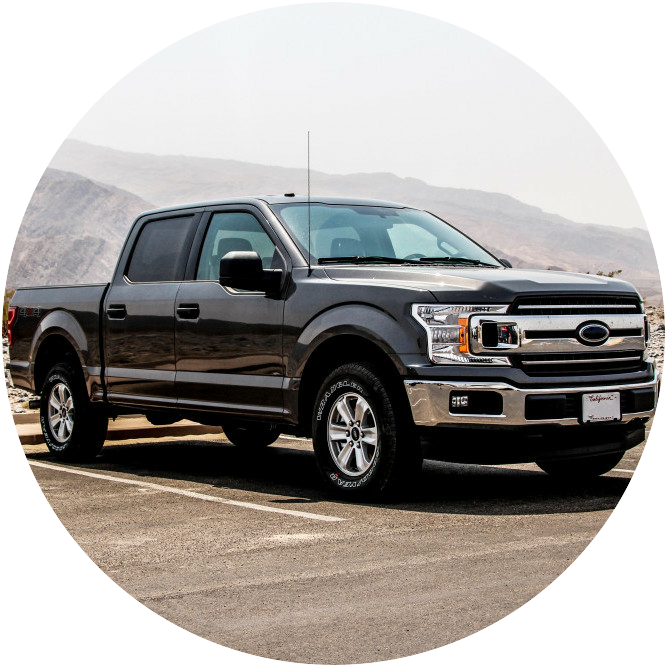 First off, we wanted to get a new truck—well, a "new to us" truck anyway. Our truck was failing and needed more work than we knew how to do, so we sold it for exactly the price we wanted.

Then we thought about trucks. The truck we wanted to get was already sold to another private party so we thought that was the end of that. But we kept thinking about that truck. It was about the right amount of money for our budget and was lower miles than many of the others we had looked at.

A few hours after we had been told it had been sold, the guy messaged us back and said the buyer didn't have a driver's license so he couldn't sell it to him and if we still wanted it, it was available.

We jumped at it and now, two months later, we have an awesome truck! (NOT the one in the above photo, but pretty darn nice looking, just the same.) It runs well and was truck enough to pull the camper.

Another little experiment in the Law of Attraction . . .

Next we wanted to get a camper. We have wanted a camper for the last 20 years or so, but we never really gave it too much thought because we could never "afford" it.

So, we started thinking about a camper and the kind of camper we wanted and the price range we wanted it to be in. 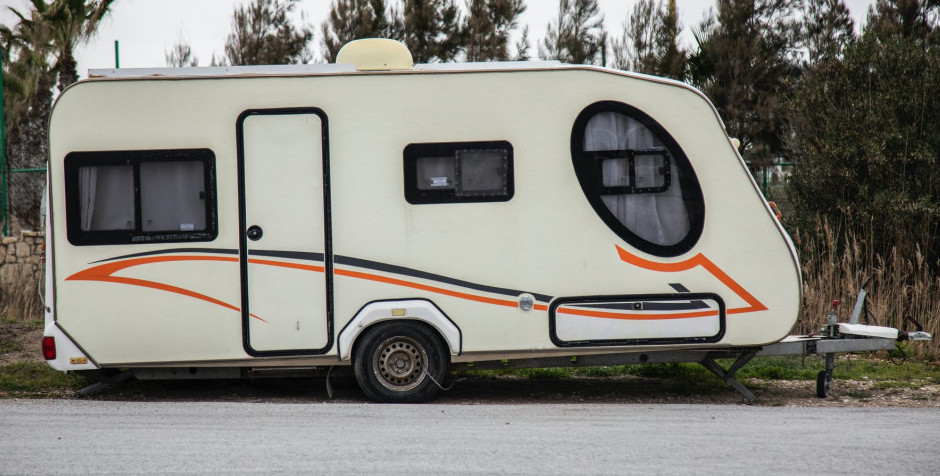 We looked on the Facebook Swap and Sale pages and found one that sounded promising. We drove over two hours to check it out.

It was a disaster. Not only did it smell like the bathroom had just recently been used, the toilet told the truth of the matter. The floors were squishy and it was a sad looking mess. I am pretty sure a strong (or even not so strong) wind would blow it completely apart.

But we were determined. We kept looking and a few days later the local RV dealership had just the thing we thought we were looking for. They even took $500 less.

We bought it and were very excited.

We took it out to our daughter's and camped in it for a week. We did like it.

But then my sister called and told me they wanted to sell their camper that had a slide out.

By the end of the next week, I owned two campers!

We decided to sell camper number one to our son, which we did on a payment plan.

A third experiment into the Law of Attraction . . .

My spouse and I had been watching the movie "The Secret" repeatedly over the past few weeks. After we returned home from our nearly three week camping venture, we decided to try one more experiment in the Law of Attraction.

We had just watched the part of the movie where Jack Canfield (author of the Chicken Noodle for the Soul series of books) had asked for $100,000.

By the way, the first step to getting the things you want is to ASK for them.

I was being funny, not really thinking much of it. 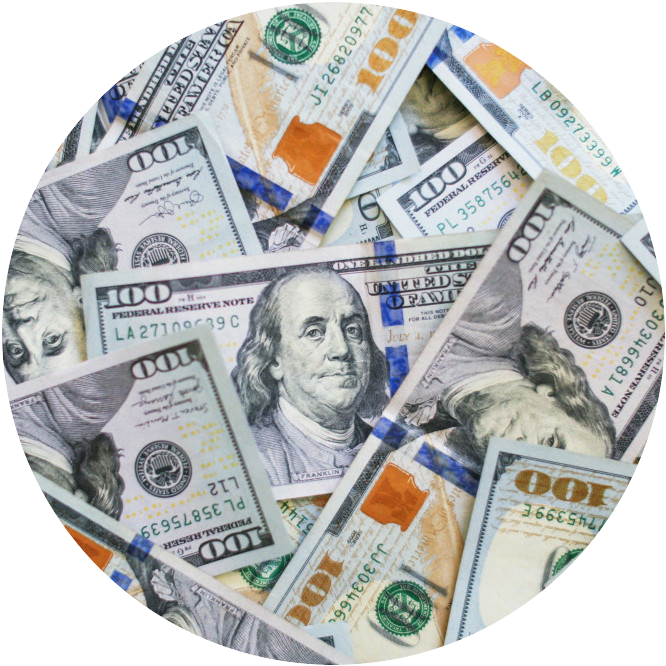 Two days later, I was checking on our checking account balance. The balance in the account was $5,507.47!

Waht? Where did that money come from? We should have only had less than a couple of hundred in there.

I investigated. Some money came in from an unexpected source. We were ecstatic! I told the spouse that next time I would ask for $10,000!

In the film, "The Secret," the three steps to getting the things you want are:

In each case, we made our request known: We wanted a truck, a camper, and cash!

We believed we would get the things we were looking for. 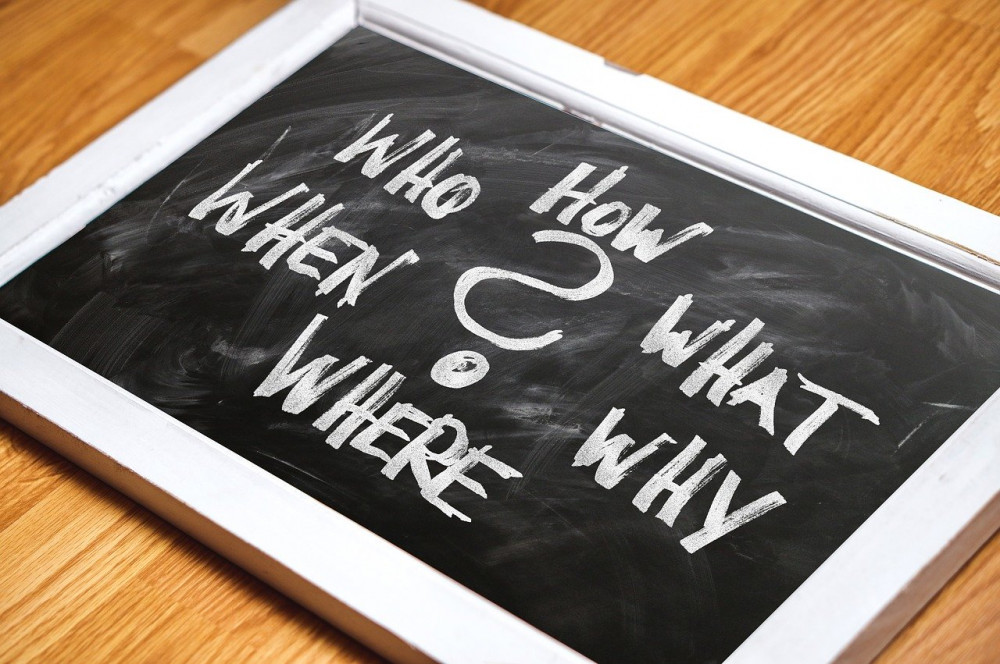 We didn't ask "how" we were going to do the things we did. We simply made our requests and then thought positively about them.

Will this work every single time? I don't know. But I can tell you this, I would rather be "law-abiding" and get a few of the things I need and want than to think of only the things that are holding me back and hindering me.

As far as my websites go...I am thinking positive thoughts about traffic and sales! I expect to see increases in both really soon!

Write something…
Recent messages
Willow29 Premium
This is awesome Karin! I'm so happy for all the positive things that has happened for you.

I've always believed in the law of attraction, and your story here is proof that it does work.

I've never seen the movie, "The Secret"; I just put it in my Netflix queue.

Keep those glasses on, the future's looking bright! 😎

Reply Like Like You like this
BarbaraN Premium
Interesting blog Karin. I never have put too much faith in the Law of Attraction. Maybe belief is the key . Or maybe I don't recognize the series of events.
I will start my 3rd year at WA in October. And so far, nothing much seems to be happening. I'm beginning my 4th year at Etsy and am just now beginning to see some sales. Don't know whether it's a trend or a fluke. I'll admit I have applied a lot of what I have learned at WA to my Etsy shop, and I believe that has helped. So, I'll re-think this Law of Attraction. It's certainly worth consideration.
Thanks Karin, for sharing such a positive attitude with us. love how you think.
Barb

Reply Like Like You like this
Twack Premium
Since first coming across 'The Secret' some years ago, I have been an advocate of the Law of Attraction. It pays to be consistent though, as it's easy to manifest the negative.
My 'sleep' mp4 starts with a Dr. Wayne Dyer quote (not sure if it's paraphrased or not.)

I agree with Phil as well, there is science when it comes to vibration and frequencies.

Great post Karin, thank you for the reminder to be 'law-abiding'

Reply Like Like You like this
PHILMANC Premium
I love that film and of course it has its roots in quantum physics although I do think very often people miss one bit out which is take action regardless !

You were taking action in some way in all your examples, its a bit like joining WA and never doing any of the training or work. The other good film I love is "what the bleep?" Experiements with water is another good reference.

What the thinker thinks the prover part of the brain goes out to prove. I also love the thought that you cannot not change anything by looking at it. Good thoughtful stuff...thanks Karin..

Reply Like Like You like this
FKelso Premium
Good stuff! I have used law of attraction to get some specific things, and guess I'd better start using it to get more traffic to my websites. We'll see what happens.

Reply Like Like You like this
FKelso Premium
I used to have a "paraphrase" of Napoleon Hill's statement that anything a man can conceive and believe, he can achieve. I had this little sticker on my computer that said "Think it, believe it, watch it happen." Well, I'd better cook up some think it's.