so, it's been exactly a week since i joined here and i feel like i'm light-years away from where i was 7 days ago as far as knowledge of affiliate marketing goes(my old english teacher would kill me for that run-on sentence). anyway, what i've seen at WA in both the information and the people is just mind-blowing! it really is. i have to admit that when i first saw a couple of reviews about this place, i was skeptical. that's just because almost everybody's online pitch gives you just enough info to get you to the site, then tries to sell you something that will make THEM money. WA wasn't like that. one look(well, ok...5 or 6 looks) told me that they are really trying to help people succeed by selling them on THEMSELVES. i've realized that if anyone puts in the work and is willing to learn from their mistakes, they WILL make money!

i know everyone has unique talents and if they're willing to leverage those, the money will come. i like the idea of the money, but i really like the idea of the freedom that will come along with it. i'm still finding some skills and strengths that i never thought about because they have always been with me. WA has helped me with that trememdously. actually, THE PEOPLE WITHIN have helped me with that, because we all know that every place is only as good as the people there. that being the case, WA is the mother lode! i feel like i'm in on some big secret that not everyone knows about and, in a sense, i am! being on the inside looking out has given me a whole new perspective on marketing and it doesn't seem as daunting or unreachable as it once did. i feel that WA is delivering exactly what they said they would.

back in the day, a man or woman's word was their bond....and that was enough. if they said it, they did it. WA's word is bond, as far as i'm concerned. now that's some truth in advertising!!! 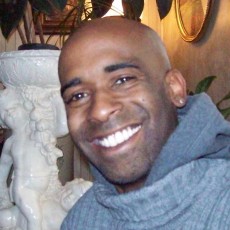