Last Update: December 04, 2012
I am officially classified as a visitor to the USA and there are many things I experienced since we arrived here, for the first time ever, even if my teeth have all but fallen out, I have no hair left and sleep as little as many old men mostly do... I finally experienced things like Thanksgiving, trying to figure out how football works, how a US presidential election works (still a bit confused about that one...), driving on the right hand side of the road, etc.

It was thus also quite something to learn about the ginormous, huge incomes some sports players earn, their legendary state, being role models in their communities etc. All of which is not all that unusual, as even Kenya produced not just presidents, but also amazing athletes, who are revered where they are.

However, Joe, get to your point, I can hear Harry say.... what truly moved me was learning about a young athlete, who comes from a background so overwhelmingly negative, that his achievements are probably like a blind man walking up Everest without oxygen, taking two hours to do so! He convinced his dad not to commit suicide, when he was only 13 and having family involved in gangs, drugs and the general backward things people do in the backward parts of a city the size of Seattle, his achievements really are just super amazing. I sat upright more and more so as I read his story, as we all know when we're in the company of a real giant! Even if I just read it...

I doubt I will ever meet him and it really wouldn't bother me either, but his story was and I'm sure will be an inspiration like a defibrillator is to an almost dead man. His name is Peyton Siva and you'll find hundreds of thousands of references about him if you juts copy his name and Google search for it. Please don't read all of them as we need you back here at WA, but do read what you can. He'll inspire you, make you realize that anyone of us could achieve anything once we set our minds to do so..... and you'll be encouraged... may God bless you, Peyton!!
Join the Discussion

Write something…
Recent messages
movieman303
WOW Joe, that was inspireing. A good start for the day. Glad to have you in my network.
Bob

Reply Like Like You like this
muskyblood Premium
Nice story. I love basketball and have watched this young man play many times. Here is the wiki write up on him:

Reply Like Like You like this
Joe Henning Premium
My apologies for only responding to your comment now... I appreciate the wiki link and yeah, they support everything I said and I never even knew about the wiki link... got my information from an article in the ESPN sports magazine, which I enjoy for all the positive stuff they have in there.

Thanks for the compliment. I was born, bred and left to grow old in South Africa...

Reply Like Like You like this
Joe Henning Premium
Thank you lanesmarie, appreciate that. The youngster I wrote about is really a shining star and somebody worth watching, I think.

Reply Like Like You like this
veronica.l Premium
Wow you can write, well written engaging post. I am classified as a "visitor" too have been for the last 6 years :) where are you from and how long have you been "visiting"? I see this is your first post at WA, well done and welcome!! 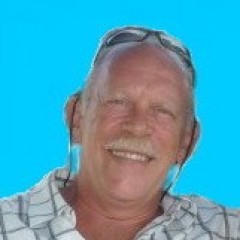