Are you finding that life is full of obstacles?

Many members that have joined WA seem to come here with so many burdens.

They may be financial, emotional or health issues'.

It isn't an easy task to build a profitable business, especially when all those ever mounting problems need to be dealt with at the same time.

One of the many observations I have made in my life is that, those who suffer the most seem to be so more resilient than others.

Billie was diagnosed with Diabetics 1 at the age of three.

I guess we all feel that our children are amazing, special little people. No doubt it's that special bond we grandparents seem to have with them that causes us to put them on a pedestal.

But this little one was always very special.

Just before she was diagnosed my wife and I went to visit her and her little brother and parents. They lived in a little house on a large Diary out in the country.

She loved to play ball, so her and I went outside to play 'kick to kick'. There was a small paddock behind where she was standing in which roamed a larger large Brahman bull.

This guy was a monster.

I kicked the ball to her just a Little to hard, and it went behind her into the bulls paddock. Before I could even blink an eye she ran and slid under the fence to get the ball.

I was in total shock, but what happened next was amazing.

She picked the ball up, turned around to look at the bull and said.

'Hey Mr Bull, do you want to play ball?'

Then that enormous beast bent his head down to her level and gently nuzzled her. Billie reciprocated by patting his nose.

The bull than slowly backed off and allowed me to pick her up.

Nothing seems insurmountable for her. She is not scared of anything.

I have undergone several cancer removing operations over the last year. Fortunately everything is fine, in that respect, now.

I had to have four rather large injections in the tender part of one if my ears recently. They were extremely painfully.

I hate needles, I always have .

The lovely young nurse in attendance told me I could hold her hand and cry if I want to. I told her I wouldn't cry. She asked me why .

I told her that,while they were giving me needles I thought of little Billie and the hundreds of needles she has had to endure in her short life.

She never once cried.

I knew that if she found out I'd cried,she would laugh.

Where am I heading with this?

It reminds me if an old saying that originated around the 1600's.

Where there's a Will, There's a way.

We are all able to overcome obstacles in our lives, all it takes is determination and a strong will power.

Billie has found a way to deal with the issues' life has dealt her.

We don't have to do it alone.

We are very fortunate at WA to have the help of so many friends .

Ask for help if you need it.

Deal with obstacles thrown in your path.

You can do this.

and remember, if Billie can do it, so can you.

You too can find success at Wealthy Affiliate

All the best. Jim

Write something…
Recent messages
Papako808 Premium
Hi Jim,
Your granddaughter is one tuff brave cookie, all what she has endured goes to show she is an overcomer. Our grandchildren holds a very special place in our hearts. Billie is a princess warrior.
The bull story is quite amazing, for you to stand on the opposite side of the fence and watch what had unfold. She wasn't the least afraid than told the bull, hey Mr. Bull you want to play ball.

Thank you for your inspiriting post. Yes for some of us as we continue our journey with WA, there will be obstacles that will hinder our progress. We will come against setbacks that stops us in our tracks. I like that quote Where There's a Will, There's a Way. We are all overcomers just like Billie.
The road ahead will be tuff and we have to be willing, to do the hard work if we want results in our business.

I pray all will be well with you and Billie.

Reply Like Like You like this
MinaKim Premium
I would say that among the "personal" blog posts that were shared here in WA, I think this is by far the most moving post and encouraging too.

Probably because of your granddauaghter.
Tell Billie she gained a fan here in WA 😊.

Thanks for sharing Jim.
Wishing you and Billie the best health.

Reply Like Like You like this
RamiSociable Premium
She is one courageous girl indeed.I share the same attitude on needles with you as I do your observations however whether at WA or anywhere else we will encounter the same issues that require to enter our lives and leave us stronger. Better than many places as the community is the catalyst to spur you on when low and pick you up and dust you off for you to engage with life again and again.

Great observations Jim and chime with many people with the sensibilities to see them.

Have a good night!

Reply Like Like You like this
Israel17 Premium
Wow, this is awesome, Jim! You have just helped a lot of people giving up already. Your post will raise giants again on WA and in the entire online world, I bet. Sorry for all the challenges suffered and kudos for being able to manage and handle them all. You are a winner and a hero.

Reply Like Like You like this
MariaHardy Premium
I am so glad I do have a group to talk to. My father is being send home with cancer. he is such a fighter. I have been fighting with him. Now, it is in our hands. He does not get strong at the hospital. We do not give up; but as you said: where there is a will there is way.
Writing my blog had helped me learn to deal with all kind of situations. I am glad there is a community here to help each other.

Reply Like Like You like this
JKulk1 Premium
@MariaHardy
This is a fantastic community Maria. I wish you and your father all the best, fighting cancer is never easy. Jim 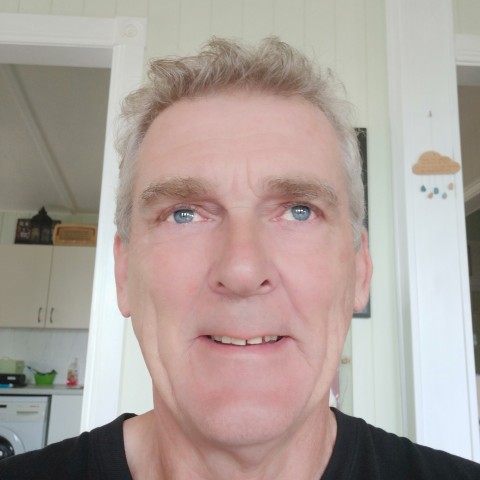