I know some people have seen success faster but I really needed this to validate what I have been doing for the past ~18 months.

I meant to write a one year update back in May on my WA anniversary but have been busy working on building out my main site.

I started this new site about 5 months in (Sept 2016) as I began to realize that my original niche was going to be hard to "sell" to my visitors.

I was still posting a little to my first site for a few months, it wasn't until Jan of this year I made my main focus this new site.

There were definitely times that I wanted to throw in the towel but I can see now that the hard work is starting to pay off. 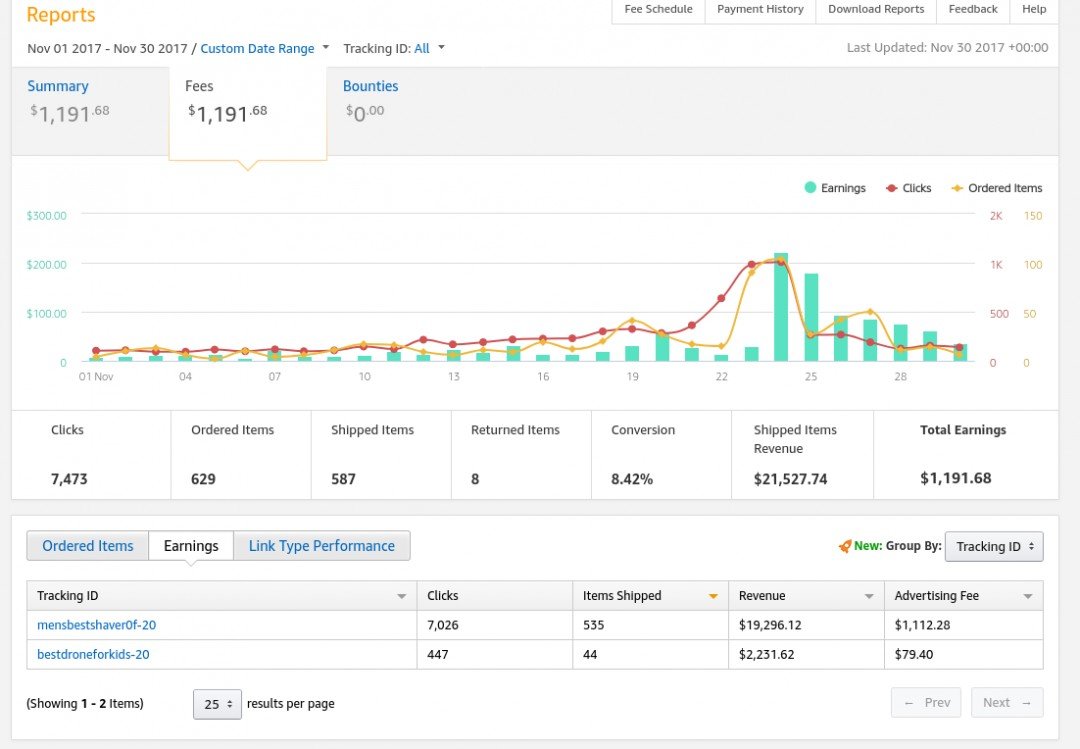 As you can see my traffic and sales peaked on Black Friday which is what I was hoping for.

Most of the sales were from the site that I started over with but I also started another product oriented site (third site) in June and that brought in almost $80 as well!

In terms of site age, that is 4 months faster than my main money making site so I have high hopes for this new one!

The sales correlate with my traffic as well: 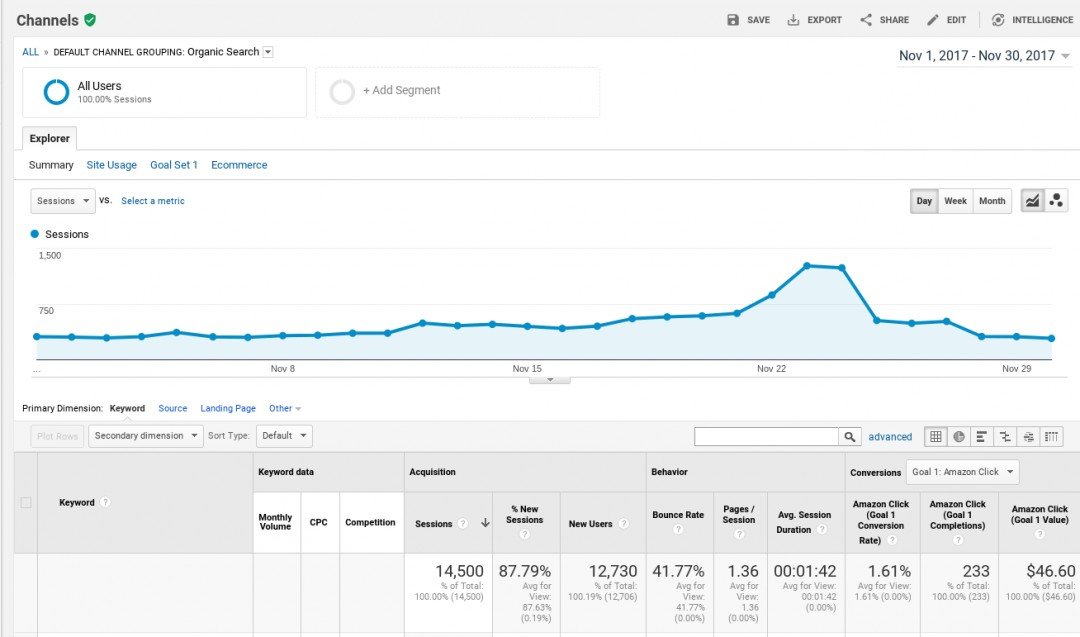 In the beginning of November I posted a Black Friday article that was instantly on the first page and within a week it was ranking third for my main keyword and for dozens of others as well.

As you can see it was responsible for over 30% of my traffic in November:

This post definitely gave me the boost I needed to break the $1,000 mark.

Some other things I think helped:

I started using Long Tail Pro for keyword research. There is nothing wrong with Jaaxy or the WA keyword tool.

I just personally like the way LTP displays the competition analysis and it has helped me find some keywords with high search traffic (>1,000 searches per month) that I have been able to rank for.

The other big thing is I know the training doesn't talk about building links here but I have read so much about them.

Even Google includes them as a top 3 ranking factor.

My growth was stalling out in August around $200 a month and I came across an outside class that I took.

It taught three different white hat link building strategies but the most successful for me was "guestographic".

Which basically means I created an infographic on a popular subject in my niche and then emailed about 100 websites asking them to share it.

I was able to land 9 links from this strategy.

Between all 3 strategies I was able to get links from about 18-20 different websites which helped my domain authority go up.

Since then you can see my traffic rising a little faster since the end of August:

Anyway, I still have a long way to go to get to where I want to be, especially if you have ever read the Nichepie Amazon case study.

But I just wanted to share my experience for those who are still new or haven't see many sales yet to show it is definitely possible if you are willing to put in the work.

Now that I have consistent sales I outsource almost all of my writing but I still only have a little over 200 posts between the two sites that are making money.

I didn't want to do the WA bootcamp when I first started because I thought, "how can I promote making money online when I haven't yet?"

If I continue to see growth with these two sites then I may create a third site for the WA affiliate program.

It is truly amazing to think about how much I have learned since I started in May of 2016. I'm excited to see what happens in 2018.

I know this is kind of a long post but one more thing. Listen to Jay @magistudios !

His videos are awesome and have many actionable tips.

A good one to start if you are new is https://my.wealthyaffiliate.co... and it looks like he is going to host a similar one to that tonight.

I have learned a lot from his videos and they are worth going through after you have finished the main training.

Well, I haven't posted that much in here because I'm busy trying to grow my sties so I don't know when I will post again but if you made it this far, thanks for reading!

Hope everyone has a productive and fruitful year! 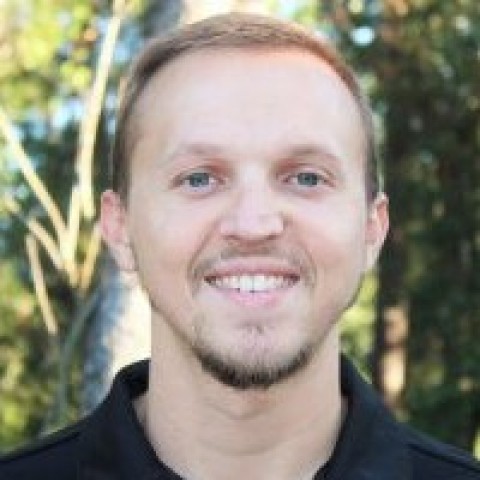