Tremendously Satisfying Thursday, Along With Some Surprise Frank Time!

Hello everyone in Wealthy Affiliate!

I woke up refreshed and immediately got busy in my normal Wealthy Affiliate computer routine! I got some of it done, but since bad weather is expected today, I didn't stay at home as long as I usually do!

I took a look at Samantha's flowers as I left the house and was very surprised to see how good they still looked nearing the end of October. 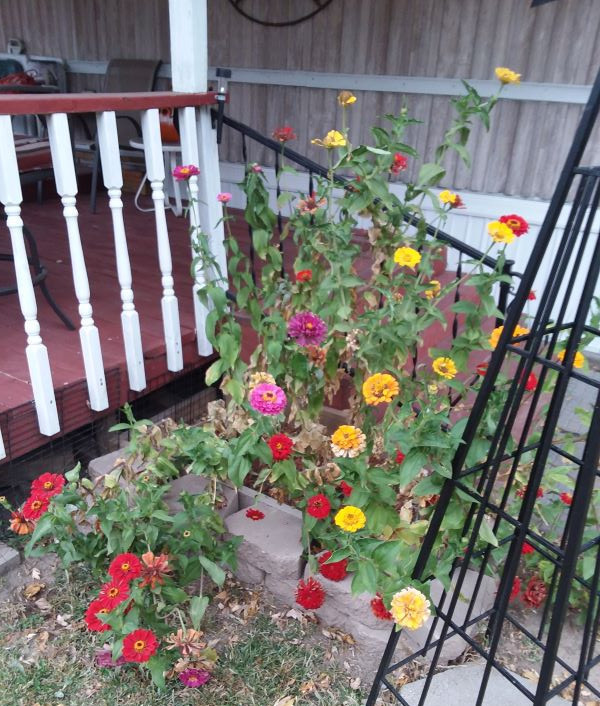 They are browning at the base, so I know that the end must be near! I will miss them when they are gone, though they still seem to be hardy enough!

I left for the eBay house and upon arrival and parking, I took this picture of the sun which had only just risen perhaps fifteen minutes before. 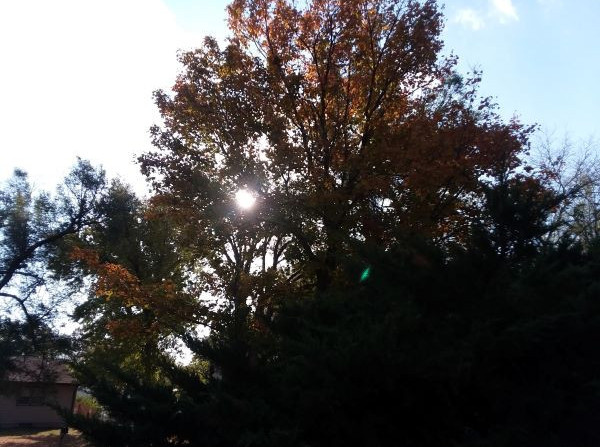 It was beautiful, and I could hardly believe that the weather, which was definitely warmer than the past few days, was going to change according to the weatherman.

Ah well, I still had a lot of work to do in the eBay house, as well as more computer work in Wealthy Affiliate, continuing research, and more book writing if the muse struck (which it did!)

I went outside, and to my surprise, the sun was still out, and it was starting to get hot! 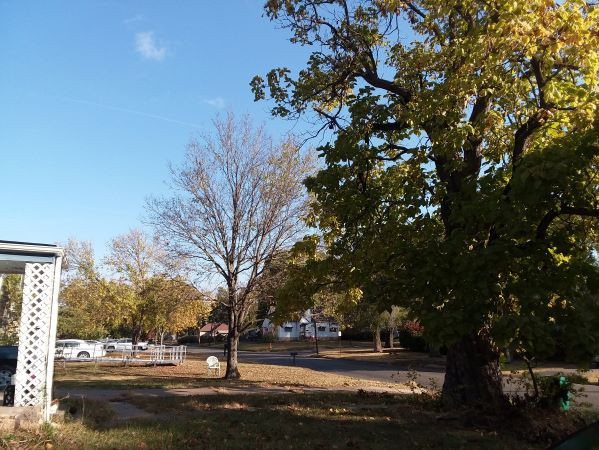 It was hard for me to believe that storms were slated to come in. Seeing the sun lifted my mood a little after the drab, gray days we had been having! I went back inside to continued my Wealthy Affiliate research.

I had just settled down, and was on a roll again, when a phone call came in. What a surprise! It was Frank! With the weather being chilly the last several days, I had not seen or heard from him.

I went over and picked him up at his house about thirty minutes after I got the call. 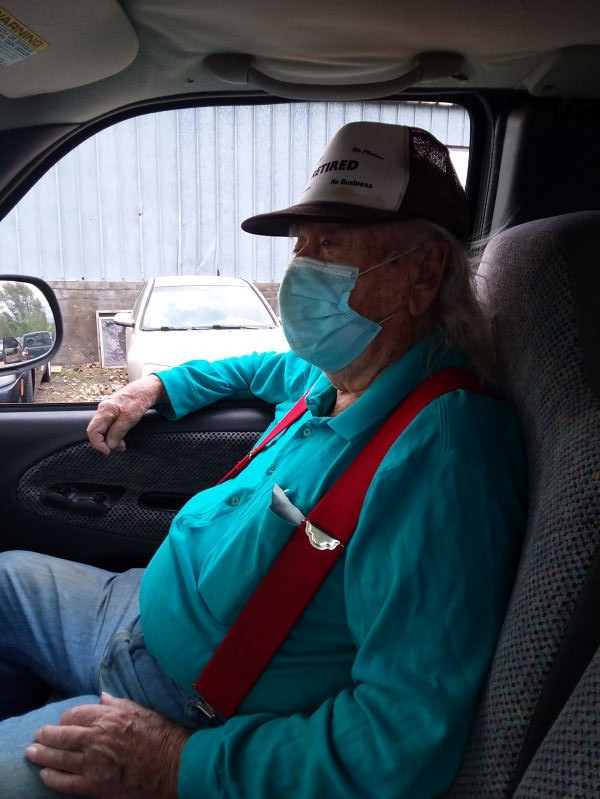 He informed me that it would be a short trip, and I said No Problem. We headed over to Tommy's shop to get a status report for Frank on some tasks Frank had outlined for him.

I also took him on a few errands and then took him back home at his request! Because of the coming colder weather, he let me know that he might not see me until next week.

We had noticed the changing skies as we were leaving Tommy's shop. 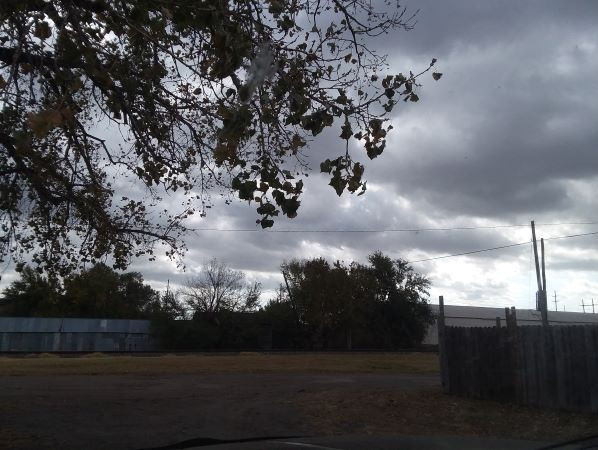 There were even more when we were heading to his house! 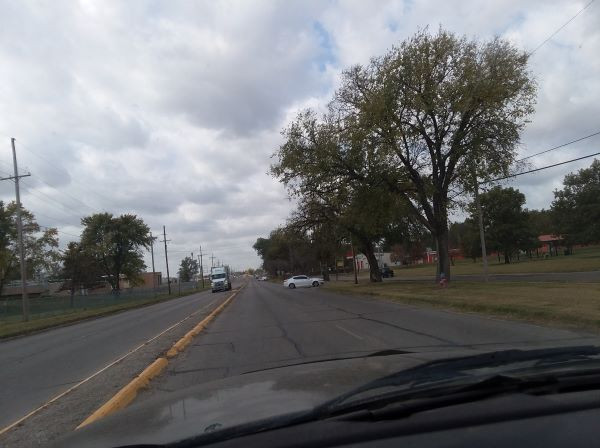 I went and did my estimate of a house that someone was putting on the market, and they will likely have me do it next week!

Once I got back to the eBay house, I continued to work diligently on my latest research and newest book project, all the while taking breaks to answer my Wealthy Affiliate emails along the way.

Monica sent me a picture on my phone of the sunset they were seeing while they were driving back from the neighboring town of Manhattan (she had to go over there on another errand). 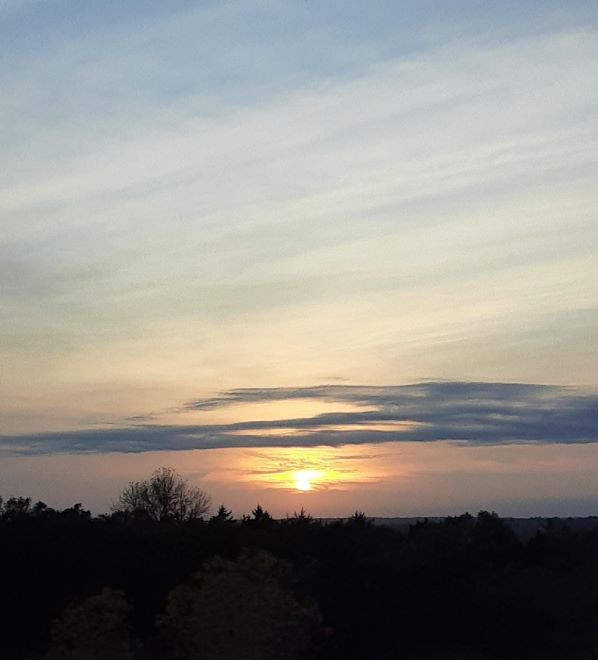 It is truly a gorgeous sight!

I let her know it wouldn't be too long before I got home.

When I did finally get home, I saw the Blog Dogs! They ignored me, since they were helping "rinse" the dishes! 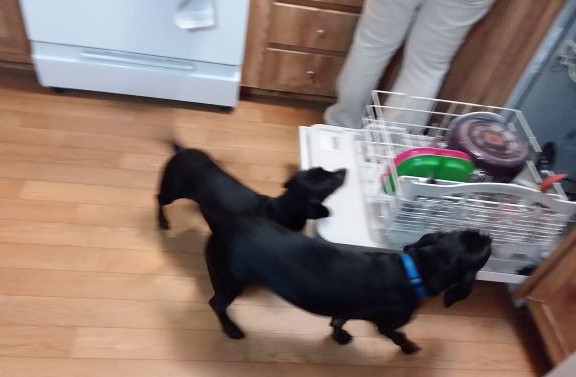 Then I went to the bedroom, and here is how I found Tig-Tig! 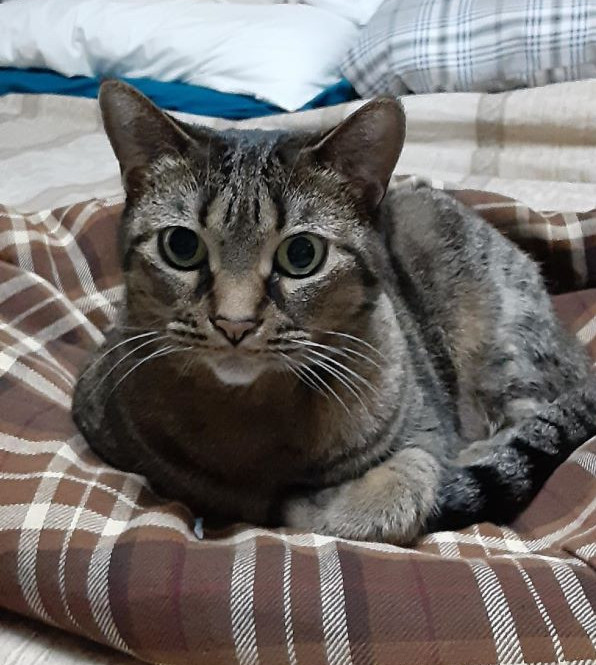 She is laying on my work coat which I left this morning since the day was going to be warmer for a while! Well, at least she seems comfortable!

ANOTHER DAY IS NOW ALMOST IN THE BOOKS, AND NEXT COMES FRISATSU!

Write something…
Recent messages
Joezout Premium
Jeff, Tig-Tig looks like she is on a cat bed and not a coat at all, our weather turning colder in a few days as well, bummer I have been so enjoying these mid-80s.

Reply Like Like You like this
YvonneBray Premium
I like the photos Jeff, you say its hot were you are. its just warming up in South Australia. We had a warm night and some rain, not too heavy. You ebay house sounds interesting looks like you have some antiques. At least Tig-Tig posed for a photo. Glad you had a good day.

Reply Like Like You like this
JeffreyBrown Premium
@YvonneBray
I did, indeed, Yvonne! It will be freezing on the Weekend and a high of 27 deg Fahrenheit and low of 19 on Monday! Thanks for your kindness! 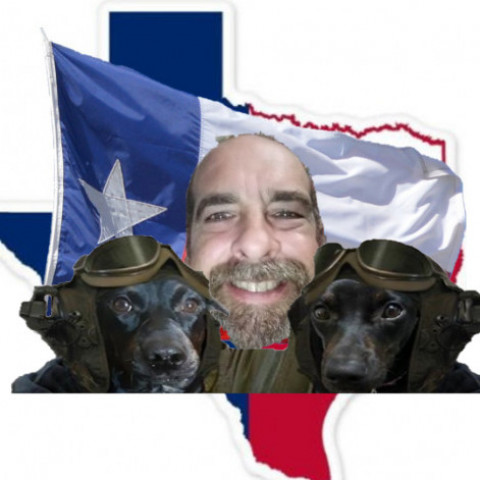