Brrrr! As expected we did get snow, but only 2 inches of it, if that! The temperature was only 19 degrees Fahrenheit when I snapped the title image and the next ones below! 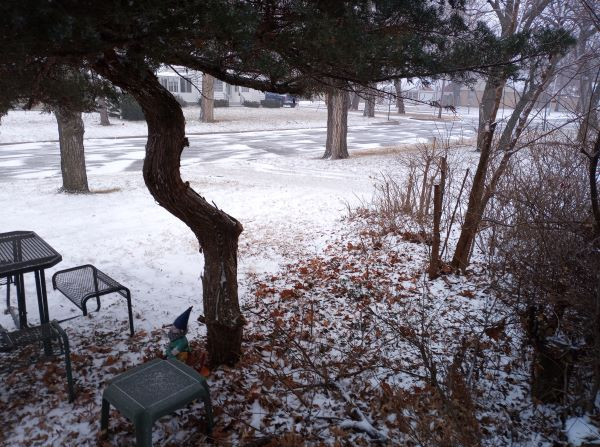 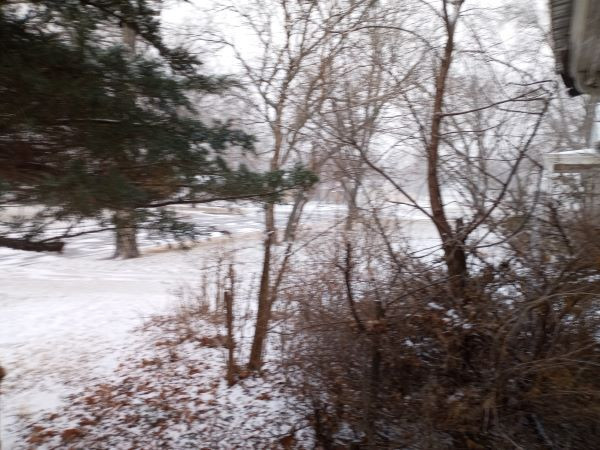 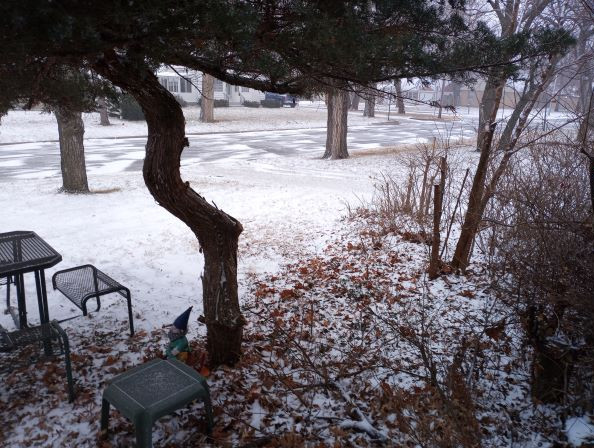 After coming back inside, I jumped on the computer and did my normal morning sojourn into Wealthy Affiliate Community!

Kitty literally must have been right behind me, because when I swiveled around in the chair, there she was with an accusatory look! When I finished with that, I then researched a couple of more things on my list in Wealthy Affiliate!

I received a locksmith call from one of my regulars about a potential house unlock, but it was in another town and with sleet coming down, road conditions, and the issues with my vehicles, I had to decline, but I referred him to someone who actually happened to be located in that exact town!

I then felt hungry and so I finished off the chili, rice, and beans from last night! 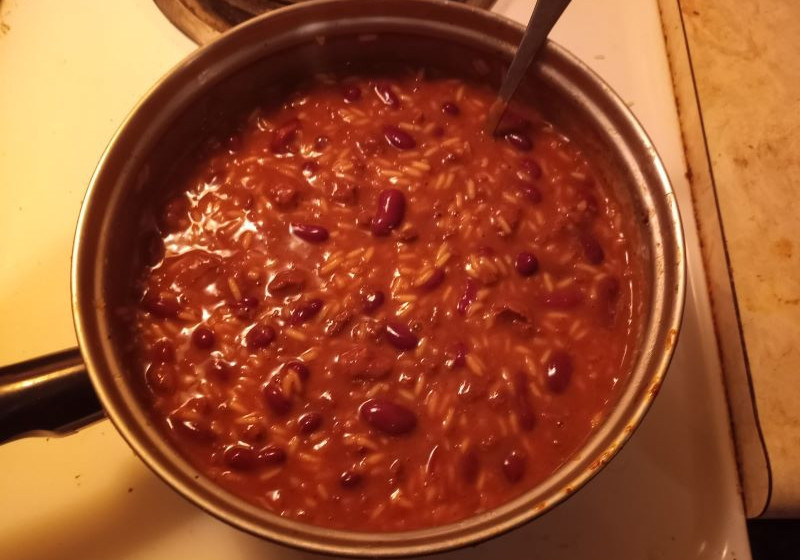 With that now completed, it was time for me to have my zoom meeting with fellow WA member Roy Bretton. 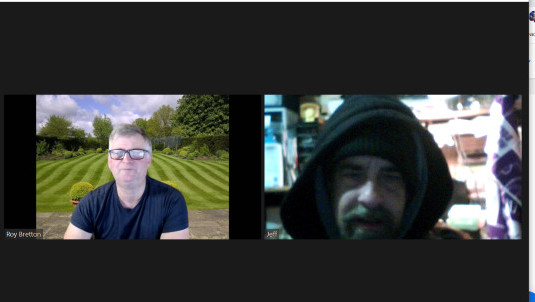 It took a bit of time at first, but then we were rolling along! 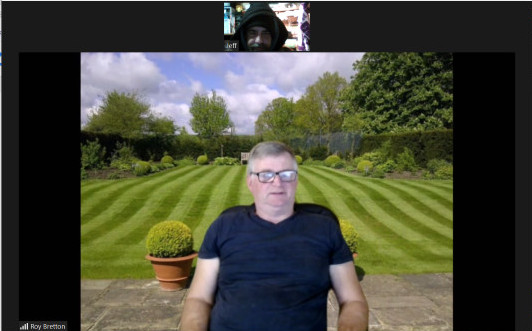 About 3.5 hours, give or take, later, we were finished, but we discussed a lot of important things, discussed the Zoom platform itself, played with some background effects, and I learned a few more things too!

We will be much better prepared for the next meeting, but this one was surprisingly quite productive, nevertheless! This makes, I think, my fifth interview/meeting!

The first was with LD Sewell early last year, A guest on the Magic Brad show was my second, A 4.5 hour epic interview with Mel Waller was my third!, A 2-hour business meeting about my books with Rupert (Rupert4U), and this one with Roy! They are quite informative, and very fun to do!

You all should try at least one if you haven't already!

When that was concluded, I returned a call to my son, Jack, called my Mother back who called during the meeting, and am now talking to Kevin at the railroad, who also called!

While I was talking to him, I was also working on my candle heater! There are a few tweaks that I still need to do with the pots and duct work, but below is the vegetable shortening candle burning with the pots that sit on top removed! 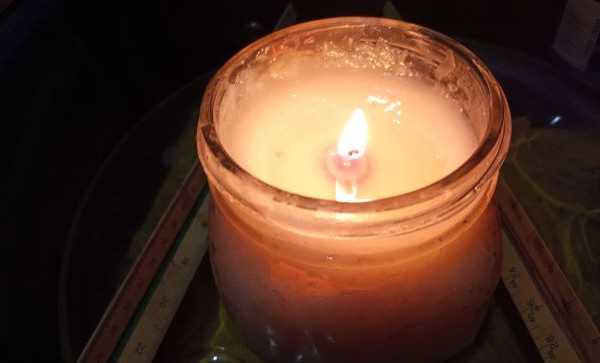 It has burned over 8.5 hours already, and it has hardly diminished in size! This will prove to be very economical! I am quite enthused by the results at this early stage!

It is 27 degrees Fahrenheit as I am putting the finishing touches on this post, and I think we only had a high of 30 degrees! It wasn't a warm day at all!

The rest of this Saturday portion of Frisatsu which has flown by so far, will be spent on the computer and phone!

I leave everyone with another Blog Dog picture from the past! I didn't hear from Monica yesterday or today (although she is at work). 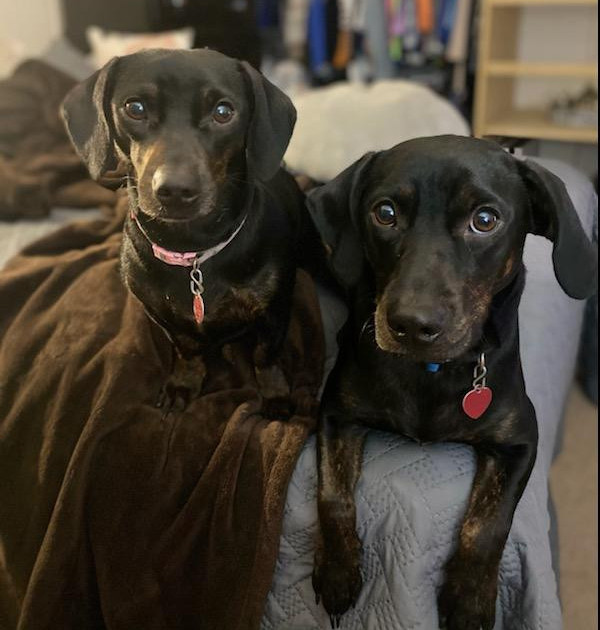 I HOPE THAT EVERYONE HAS HAD A VERY SAFE AND SUCCESSFUL SATURDAY PORTION OF FRISATSU! NOW WE ONLY HAVE THE SUNDAY PORTION LEFT!

(THERE ARE OTHER MEMBERS OF THIS PLATFORM WHO ARE ABOUT TO EMBARK ON THEIR NEW WORK WEEK ALREADY!)

Write something…
Recent messages
MelWaller Premium Plus
Jeff, Ice is never good to drive on. I remember driving home 11 miles back in Wisconsin. The roads were slippery, but it was late and very little traffic fortunately. The left tires hit a patch of snow on the road and with the ice that was enough to spin the car around multiple times, but it stayed on the road thankfully. Once stopped, I started for home again. :-)

Reply Like Like You like this
JeffreyBrown Premium Plus
@MelWaller
Yes, Mel! I totally abhor driving on ice, not to mention the bitter cold also associated with it, my friend!

Reply Like Like You like this
ActionJacks Premium
Even when the weather is cold you still are able to make the most of the entire day. Holding meetings, cooking, inventing candle heaters, you are quite the renaissance man! And you have a show too?

Wow I can barely keep up with my responsibilities, but I am always motivated to increase my productivity reading your blogs! (Except for the mornings, I have the hardest time getting out of bed on cold mornings even though I mainly work at home now!)

Reply Like Like You like this
JeffreyBrown Premium Plus
@ActionJacks
I try to stay busy getting things done, Jeremy, especially for when my business picks up! There is always so much to do!

I don't have a show.....yet! 😉 Don't get me wrong, there are a lot of responsibilities that I am behind on, but I mutl;i-task to work on all of them to get them to fruition! I'm glad that my posts motivate you my friend! You have a lot going on too!

I don't like getting out of bed on cold mornings either!

Have an excellent start to your Frisatsu!

This area is starting to look like yours - nasty white stuff coming down by the bucket full now, and coating the roads and parking lots. Later tonight as temps drop it would be a very good time to get off and stay off the roads until tomorrow at least.

Fortunately, I already scheduled tomorrow off anyway - and may have to extend that even depending on the weather.

You are becoming quite the interview guy - and I am happy to hear it too my friend ; ) You are naturally good at it and I think it may be an important part of your online business efforts in years to come, and I take great pleasure in helping you get that started too ; )

Have a great evening, stay warm, and stay safe!

I was very glad to have been given the opportunity to Zoom with you first, LD! I have had a total of five meetings, or interviews! The longest was my 4.5 hour movie with Mel Waller, and this recent one with Roy Bretton came close to 3.5 hours! I love talking to people here from WA!

I owe it all to you being the first, my friend! I hope you have a restful evening and an excellent start to the new week!

You certainly love a good Zoom call my friend.. sounds like it went well with young Roy!!

That is most definitely a slow burning candle you have there.. should get you through most of the winter months that one!!🤣

Have a super Sunday my friend!!

Reply Like Like You like this
JeffreyBrown Premium Plus
@Jessiefido
If you think that was good, here on Sunday at 2:01pm we are at 55 degrees! I'm tempted to get the motorcycle out, but there are things I need to transport ot the shop house!

I totally enjoyed all the zoom meetings, I've been on so far, Nick!

I have at least three more of those candles planned! I'll have to get some more shortening though!

I hope your Sunday portion of Frisatsu has been successful!

Reply Like Like You like this
Jessiefido Premium Plus
@JeffreyBrown
55 !! That's shorts and T-shirts weather for me Jeff!! We barely scraped above freezing again at the hottest part of the day here!!

I hope you decided to take the hog out for a quick spin in the end my friend!!

Wishing you a great start to the new working week!!

Reply Like Like You like this
JeffreyBrown Premium Plus
@Jessiefido
No, Nick! Sadly the hog would not carry what I needed to carry over there, and time is scarce right now! Today is 51 degrees, and if the snow is gone on the friveway, I might take her out for a spin!

I hope your new week has gotten off to an excellent start, my friend!

Reply Like Like You like this
Jessiefido Premium Plus
@JeffreyBrown
I hope you are able to make the best of the tropical weather whilst it lasts my friend!!

Still not 100% here for some reason.. another early night is on the cards for me I feel!!

Reply Like Like You like this
SamiWilliams Premium Plus
Your heater is interesting. With a look at what we can do should we lose electricity again.

We need such little heat but do appreciate being comfortable the days we wake to a 23* reading. Something of this sort might be a more efficient way for my husband to stay warm for some TV time without overheating our house.

Thanks for sharing,
Sami

Reply Like Like You like this
JeffreyBrown Premium Plus
@SamiWilliams
You are so right about this, Sami! There are even people who keep small things like this in their emergency kit in a car in case they get stranded!

Here is one such YT video--there are many others similar on YT!

I hope you are having a wonderful day! 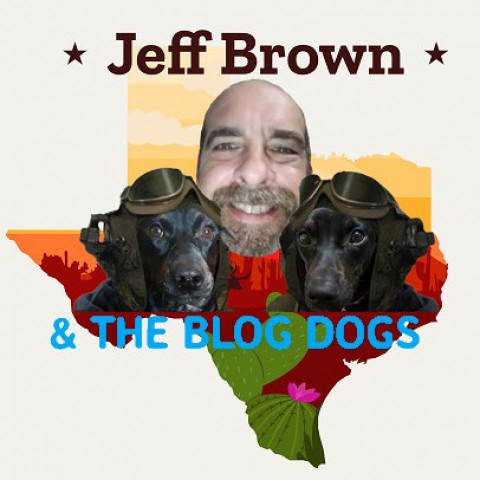