When There’s a Bump in the Road, Which Way Will You Go?

I’m going to doing something a bit different now, sharing some information from a network perspective. Yeah, there’s no one else on all of WA who can do this, other than my co-worker from Commission Factory (our Australian network).

Today I reviewed a number of referrals to our network to see which had become active. Sadly, it was only a handful. The rest were all declined in my program. The actual percentages would surprise you (sorry, I can’t give that away!). All of these referrals started with the dream, got as far as purchasing a URL and creating a bit of copy, then let it all drift away.

Was it because it was harder than they thought?

Was it because the money didn’t instantly start coming in?

Was it because someone else promised it would be faster and easier if you just bought “their system” instead?

Was it because they picked a topic based on commission rates instead of something they knew about? (Yeah, most people aren’t good enough writers to successfully write about an unknown topic.)

Did they just get bored?

The road to a successful affiliate marketing site, especially your first site, is not an easy one. There will be bumps and detours guaranteed. Many use those challenges as a reason to stop, even after they’d invested so much time and money to get that far. I’ve seen it happen thousands of times, literally!

But then there are those who don’t quit, the ones who navigate past the bumps and detours to reach their goal of a successful site. The ones who won’t let a little challenge stall their dreams. The ones who are determined to find the path until they achieve their goal. Those are the special ones.

So, which person are you? The one who gives up easily, or the one who pushes through until you succeed. Right now, I’ll guess that every person who reads this posts nods their heads and pledges “I won’t quit, I’ll work until I succeed.” That sounds great – right now. But will you say that when there’s a bump in the road? Remember the pledge you make today during the hard times. Don’t become just another declined application in the industry. Instead keep going until you reach your goal. Make us proud!

Write something…
Recent messages
ActionJacks Premium
This blog post is so relevant and inciteful. I have been dealing with the bumps in the road for a couple years now letting them jostle me around but I have hung on and now feel like I am in the driver's seat again.

Many people do not see the money coming in as quick as they like because they are not focused on their website, they are just dabbling in many different things trying to figure out which will make them money. When if they would just focus on one and put all their effort into that it would become profitable (based on my personal experience and belief).

I have been doing a lot of website comments here lately and another issue is many would be bloggers seem to be doing everything wrong. Writing "articles" of just a couple sentences while having ads all over there website etc. Why do people start this program if they are not willing to go by the training?

I could not agree with you more about the pathetically short posts I see both here and on personal blogs. It's a common occurrence that people think they are smarter than the training and can get away with stuff. The only thing they do get is a lack of results!

Sometimes I've given up one evening and then had a cheerful dream in the night that inspired me to keep on. Other times, something else has nudged me to keep going.

I remember once, decades ago, I ran a spreadsheet and discovered that my husband and I had grossed over a quarter of a million dollars in product sales, mostly books and videos we had created.

It wasn't all profit, I don't even remember how much was profit back then. But that day provided a lot of juice for keeping it up!

Ours is truly a great profession.

Reply Like Like You like this
JeannineC Premium
@RosanaHart
That would absolutely be inspirational! Sometimes when it comes in small increments, you don't realize all you've done. What a great idea to do a big picture spreadsheet and see just how amazing you already were!

You have been very helpful to me in getting access to Affiliate Networks and I am truly grateful for that.
While I have been able to earn some Affiliate commissions, one of the challenges we face in the Caribbean is getting paid.

For many PayPal doesn't cut it.
Together with Hugh, Maria and others, we are exploring some options.

In the meantime, (speaking for me), I have been able to enjoy Affiliate commissions in WA and one other Affiliate Program that is still quite happy to do direct transfers to my bank account.

Now that my online services agency is about to hit 6 figures, I am focusing on my Affiliate earnings in 2022-23.

I intend to enjoy the same financial success, hurdles and all. :-)

Reply Like Like You like this
JeannineC Premium
@CassiOfTroy
I'm glad I can be of help! FYI, Awin and ShareASale now use Payoneer for our international affiliates and it seems to work great - hope it will be for our Caribbean affiliates as well.

It's been so fun to watch you grow and the great things you've made happen in your time here. Your future is so bright!

I am enjoying building my online legacy, one step at a time.
There are so many possibilities to construct a life and lifestyle any way you want.

I truly love it!

Thank you for all of your assistance and support.
Cassi

Reply Like Like You like this
davebux Premium Plus
Hi Jeannine,
I love BUMPS
They make me more determined.
It's all down to personal attitude and there are so many that just do not have it, as your research figures suggest. You can't make someone determined, they have to do that themselves.
Unfortunately there are so many well intentioned new starters who truly believe that all they have to do is sign up and it all happens.
See you on the other side of the next bump.
Bux

Reply Like Like You like this
JeannineC Premium
@davebux
Well said, Bux! The Bumps are an opportunity to learn something new, to figure something out, to make new things happen.

While this industry offers opportunity to all who enter, it's the ones determined to do the work and be a success who are still here months and years later. I know you are one of those!

I've come across several bumps in the road in my affiliate marketing journey.

When I started, I truly believed that after I wrote 30 posts I would see money rolling in. Boy was I given an education when I found out that it takes ten times that many posts to create credibility in order to generate a decent income.

My next bump was doubting if I chose the right niche.

My first niche was not really a niche. When I joined WA my intention was to create a website to promote my MLM business. However, when Kyle invited me to take the Super Affiliate Challenge, I paused that site and went full bore developing my MMO site.

After a year working on this site and not much to show for it by way of income. I wondered if I should try a niche that was not MMO. I felt this way when I learned that very few make it with the first site they focused on.

Then I had a lightbulb moment. After writing so much for my MMO site, I could be closer to the tipping point than it appeared to be. I would never find out if I made a change now.

I decided to stick with this site and double up my effort using the extra training as a new Premium Plus member.

One of the benefits is my Sponsor is one of the PP trainers. I have learned a lot that is helping me in doing stuff that matters and avoiding stuff that doesn't.

So Jeannine, this is my story of how I am handling not one, but several bumps in the road. Thanks for asking.

Reply Like Like You like this
JeannineC Premium
@EdwinBernard
You are amazing! I know you are a lifelong learner, which is a key to success here. I can't wait to see all the great things you achieve in 2022! 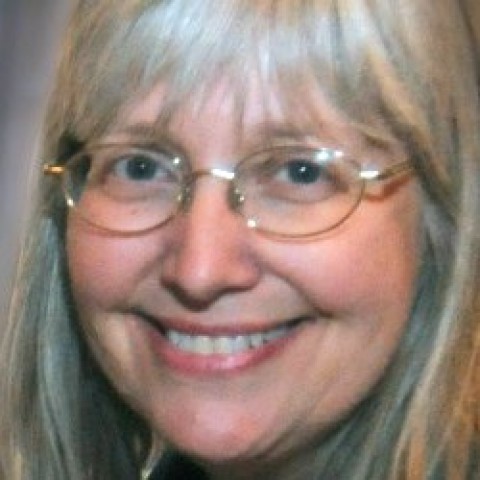