Very Exciting News. With A Tinge Of Sadness

Ive been very preoccupied over the past month or so... trying to keep up with my business here but also with my son... the tennis player. He is in his senior year at his online high school in Oregon.

As some may know, he dreams of one day being a professional tennis player and everything we have done so far is getting him closer and closer to that goal, but hes also very bright and we felt that he should give himself some time and not go pro at 18. Too much stress and worry for an 18 year old to cope with so, we have, since last September, been working on achieving a scholarship to a university in the USA.

Its been a rather tortuous journey as many coaches are not as scrupulous as you would like them to be when conversing and discussing things with 17 year old prospective recruit. So we have had quite a lot to deal with. He has had over 40 division 1 schools wanting him to play for them. Some were totally unsuitable for various reasons - the coach talked continuously about what he would do if his players were not performing well, or the coach was so laid back that he got the assistant coach to do all the talking. We had one that offered the world - well the world of a 17 year old tennis player desperate to go to uni - but wanted a decision long before we could get across there to check it out in person. So many other issues, its been quite a rollercoaster and whilst I LOVE rollercoasters, I really do not want to repeat this one.

One coach told him just before Christmas that he would reach out after Christmas with an offer that my boy would find impossible to refuse.... it was to a good school, not the best school that has approached him but nevertheless one he was seriously considering.
So the coach rings him up after Christmas, he is all excited for the offer..... only to be told that they have no money left and cannot offer him a tennis scholarship!! The cheek !! I was furious!! You don't treat a brilliant tennis player like that. We talked to his recruiter in the USA and was told that they had recruited a much more junior player than my boy for much less money, more fool them!

So our quest for the right school continued and within a day of that call, he had 5 more schools wanting him to go there.... one in New Jersey, one in North Carolina, one in Illinois, one in Florida and one in Tennessee. He talked to all five coaches and his recruiter helped him whittle it down to the top 3.

Each school had offered a great tennis scholarship and because my boy is bright, a full academic scholarship too..... !! Its funny how things turn round on a sixpence... I am sure this is the same in business too, so never give up on your dreams, because the day after you give up might be the day your success will shine through !

Its a huge deal committing as an athlete to a school ..... As a male tennis player, there are never full rides in the first year, too many full ride football scholarships but second year onwards things tend to change, but his scholarship adds up to 83% so delighted with that.

They had a signing ceremony at his tennis academy in Spain where he committed and picked up the cap of the school he has chosen. He is going to NEW JERSEY ! So phenomenally proud of him. 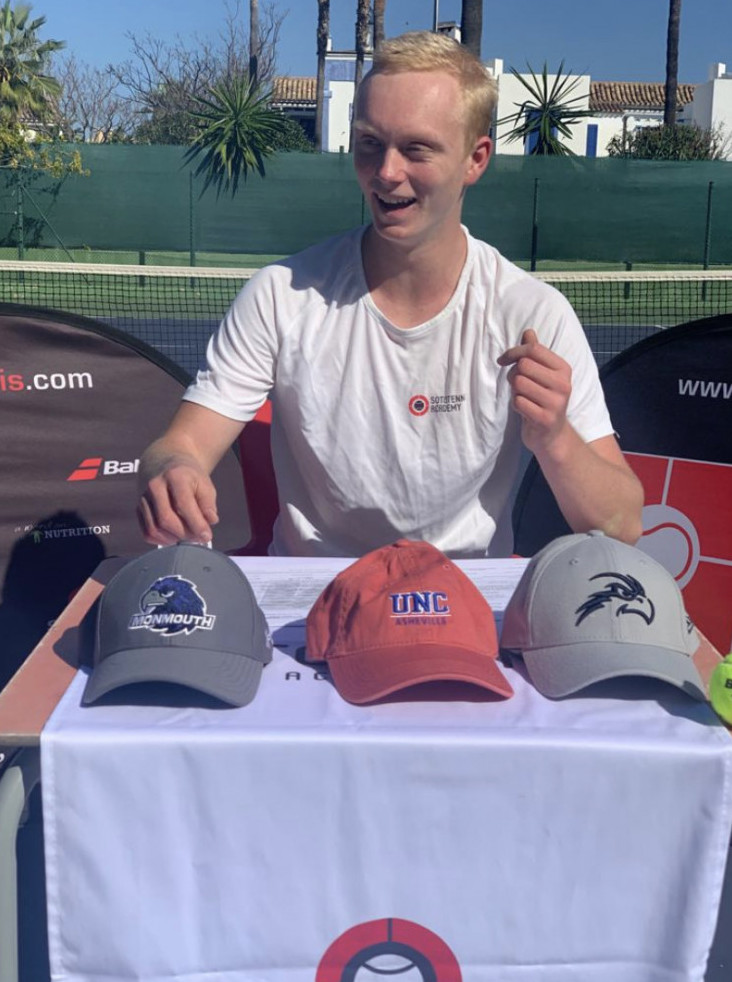 Our goal when we left our family in the UK and went to Spain for him to join the tennis academy there was for him to achieve a signing for a Division 1 school, and we have DONE IT!!! So proud of him....

But it comes with a tinge of sadness...

He is my last child. He will fly the nest and start the next step of the journey to becoming a professional tennis player, but he will leave me behind...

I will go back to the UK and leave Spain.

Dont feel too sorry for me, I do have a lot of things lined up, not least of which my online business here, but it is going to be a huge change for me. No longer will I be the power house behind his tennis, stringing rackets, driving to venues, sorting out schedules, making nutritous meals. He will be surrounded by a university that will take over these tasks, and a college coach ready to take him on the next step.

I am so happy that he is about to do this, the college is amazing and I wish I had had this opportunity when I was 17, but that was a long time ago and will have to be satisfied with watching from the sidelines.

It is a success story, 6 years in the making, and knowing everything I know now, I would still do it !!

Write something…
Recent messages
Babou3 Premium
It's wonderful what is happening to you and your family. A child who leaves the family home with such good foundations is the result of a successful education. So be proud of yourself because you gave him enough confidence which means that today he is at this stage of his life.

Reply Like Like You like this
FlPenguinEnt Premium
Good day. I hope things are good. Congrats to you and your son. The wife and I know your pain of empty nest syndrome. Our two boys have been gone for over 10 years and the wife still has that emotional thing going on. I think it is harder for the ladies to deal with Because my mom had ENS up until the day the Good Lord called her home. I can say that no words can help with the pain, only time can make ti hurt a little less. Just find the joy in knowing that you did a super outstanding job raising our children and making all the possibility of the world to kneel at his feet. I KNOW it will be ok and just stay strong and remember all the good times. Remember we never know what the future has in store for us. some good and some bad but just know and trust He is always with us.

Reply Like Like You like this
Helen123 Premium
@FlPenguinEnt
Thankyou for those kind words.. I think this feel ever more painful because he will be on a different continent to me. A long way from hone.

Reply Like Like You like this
SAWalden Premium
My good gosh! I had NO idea what parents have to go through to get a child into a good school and athletic program...wow.

After going through all that, at least In my book, all that effort alone gets you a "get out of jail free" card to commit any crime you choose!

You have done your part and your son is ready and well prepared for the next big step!

Congratulations to both you and your son! Well deserved my friend!

Reply Like Like You like this
Helen123 Premium
@SAWalden
Thaankyou ! Being a student athlete is another headache when going to university, you have to be approached by the coach first then you apply to the school.

Reply Like Like You like this
annezarra Premium
Hi Helen - Loved reading your story, since I have been a long time USPTA teaching tennis pro. Getting into a D1 and beyond is a tough road, but if your son hangs in there, good things will happen for him. Consistency is so important in achieving goals and dreams like his! I missed out on touring, but made a great living teaching tennis and passing on the gift of the game to so many that would have quit with another teacher. Behind every tennis player is a supportive parent/family. I was blessed with great friendships through tennis and travel that can never be replaced. Best to you and your son! ANNE Z

Reply Like Like You like this
Helen123 Premium
@annezarra
Oh Anne thankyou so much for your message ! He ultimately wants to be a coach at a US university or a strength and conditioning coach for a football team. Hes going to study exercise science, thinking that either way, whether he makes it as a pro or a coach, it will be useful. Its amazing the journey it takes you on and to have that coach that clicks with you is the sole reason he started in the first place. I have to thank his early years coaches, they were perfect for him. We moved to Spain when he was 11 and whilst the early years coaches were still there, the other players in the squads were not so dedicated. So we moved to spain and have stayed there ever since with another level of amazing coaches. Soto Tennis Academy... the perfect place for him and so I hope going to uni in the USA, the coach we have chosen and the school he liked, will be the next phase of great inspiration.

Reply Like Like You like this
Linda103 Premium
How wonderful Helen, you have both worked so hard towards his future. Now he is ready to take it forward on his own, always knowing he has you for support and backup if needed.
Congratulations to you both.

Reply Like Like You like this
Helen123 Premium
@Linda103
Thankyou Linda. I will adjust to him flying away, it is time for him to do that now. 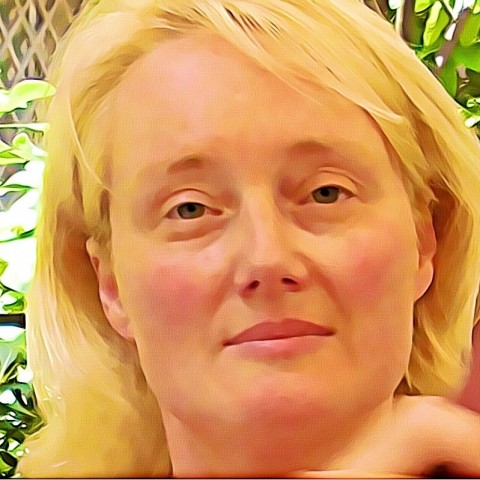