Following my last blog Pay Per Click With Bing - How Did I Do? I said I would do an update as time passed and share any further developments with the referrals I got.

Results so far from the 1st Campaign

Well from the 1st campaign, resulting in 90 Starter referrals, I still have no Premium referrals.

It is now more than 5 weeks since my first referral from the PPC campaign joined (Feb 13th) I would have thought if the campaign was viable I would have had at least one go Premium within the first 7 days.

As I have no experience in what sort of time frame is normal to expect Starters to go Premium I am not sure if there is now any hope at all that any of my referrals will. I suspect not and I am not holding out much hope that any of them will convert at this stage.

I am feeling like Campaign #1 is a bit of a lost cause, I hope I will be proved wrong at some stage :)

Let's Try Again Shall We!

So I stopped the campaign for about 10 days, to see what would happen, and had a second go at it starting 28th February.

This time I restricted my spend to $10 per day (total spend $100) and targeted Australia, UK, USA & Canada only.

As to be expected the daily impressions and clicks went down but my $10 per day lasted pretty much 20 - 22 hours before I reached my budget on each day.

And the results I hear you ask?

And how many Premium referrals do you have now Heidi? STILL NONE!

Yep you read right, now some 2 weeks after the 2nd campaign ended I still have not had one referral upgrade.

So I deduce from this that the second campaign targeting Aust, UK, USA & Canada resulted in:

Probably the most startling stat from this campaign though is that only 15 of the total 720 clicks came from a desktop computer! 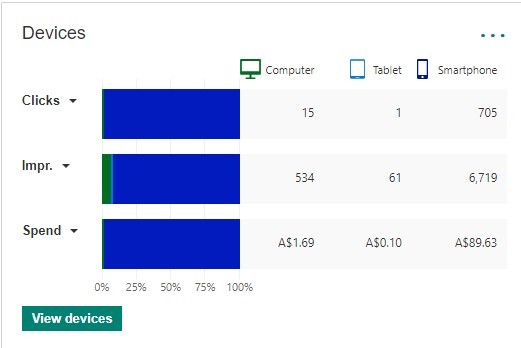 Now I do not know why this was, or whether it has anything to do with why none of my referrals have gone Premium, but it certainly shows how important it is to have a website which is mobile friendly.

So is PPC worth it?

Well for me the jury is still out. Obviously I am overjoyed to have 142 referrals, but if none of them ever go Premium then it has all been for nothing.

As I said in an earlier blog I am now focused on building my local SEO business. Once I have a few local clients paying me for web building I will have another go at PPC. I feel like it has tremendous potential and if I can get my offering right I can see how it can scale up beautifully to get me out of the rat race and into being my own boss.

If you have any suggestions on what I might be doing wrong or you have experience about on average how long until a Starter member usually upgrades to Premium I'd love to hear your thoughts.

And if you have done or are running a PPC campaign I'm sure we would all love to hear your success (or lack of) stories.

Write something…
Recent messages
FKelso Premium
Interesting, reading about your whole process. Lots of work. I do hope it starts working for you soon.

Reply Like Like You like this
Spotlessng Premium
Sometimes it’s discouraging when you put in your best and the results done come in,but you have to keep pushing.PUSH( push until something happens),don’t give up,the big break is just around the corner.

Reply Like Like You like this
HeidiY Premium
@Spotlessng
Thanks Rosemary, I am quite convinced the big break is imminent. We will just keep pushing until it does.

Reply Like Like You like this
phil1944 Premium
It seems to be a very common issue, Heidi. Lots of referrals, few profiles completed, no premium upgrades.

I think email follow up is a good idea and you can do that directly through WA.

It's kind of sad, not just because I didn't get the sale, but they were so close to something great, they had every chance to make a difference for themselves and they have missed out on a fantastic opportunity.

Reply Like Like You like this
accad Premium
To me, it's impossible that no one will go premium from the 142 referrals. You are doing the right thing since your referrals are increasing.

Reply Like Like You like this
HeidiY Premium
@accad
I hope you are right Jimmy :) I am certainly not getting a 12% conversion rate at this time so I suspect it is my ad and/or landing page that is the problem (maybe).

Reply Like Like You like this
ramr50 Premium
one question I have is are you sending your visitors to a lead capture page and collecting emails so you can continue to promote WA to them through email?

Reply Like Like You like this
HeidiY Premium
@ramr50
I am not Ralph. The landing page only had two options, probably more ideally it should have only had one. But the options were 1. join WA or 2. read my Affiliate Marketing Guide which says join WA :)

We are taught to keep the ad and the landing page/blog very focussed and specific so that's what I did.

I also went through and personally contacted each one to ask if they had any questions. Not one of them responded, so I am thinking they are no longer logging in to receive my contact. 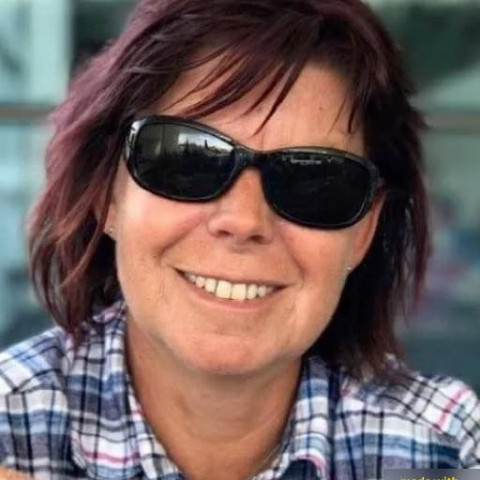