Realistic Expectations or Crazy Dreams - which is better? Crazy or not?

This isn't meant to offend anybody, or for anybody to take too seriously. Just something I've noticed and was really curious as to what others think about it.

On the Income Wanted section, I see a lot of "I wanna make $50,000 a month and I'm willing to spend two hours a day working towards it."

On one hand, sure, we are supposed to shoot for the sky and reach for the stars. Dream big. Most of us would love to create a revenue stream large enough using WA methods so that we could retire tomorrow.

But.......some of it strikes me as a little funny or farfetched. The wealthy people I know in real life are the ones who have dedicated their lives to their business. They are the ones putting in 12 hour days, seven days a week building up their successful businesses. So seeing people on here saying they want to make a million dollars a year or $10,000 a week is cool.....but then saying they are willing to spend an hour a day or 10 hours a week to do so, I just wonder if they've really thought that through. Is it really helpful to think we're gonna make $5,000 an hour on here?

Just curious as to what others think about i. Again, I know we are just sharing our "dream" scenario. But realistically, it seems kind of a huge stretch that isn't realistic at all. Like the 5-foot-5 high school basketball player who doesn't even start on his team, thinking he is going to be in the NBA.

And again - NOT trying to offend or make some huge grand statement. Just thought it was in interesting thing. Oh - for the record, my goal/dream is to make enough on here to retire from the workplace. My realistic dream is I'd love to generate 1000 a month for extra income for my family. An ultimate dream would be to make 3000 per month - and willing to work 25 hours a week to achieve it.

Write something…
Recent messages
part290861 Premium
Thanks for the info

Reply Like Like You like this
Ethan Glover Premium
Haha, I'm always a little flabbergasted by some of those too. I've had maybe one referral who put goals like that and I tried to ask him about how he's come up with the numbers and how he thought about it. He hasn't been active since. =/ Those looking for instant gratification of being rich for nothing will have a whole lot of trouble seeking out the "right program" (which doesn't exist).

I've also read that there is a major difference between those who inherited their money and built a major business/income from scratch. The former are the ones who live lavishly buying yachts and Ferrari. While the latter often live like they're poor. A very basic apartment and a reasonable and middle priced car.

I don't think you can become rich by "wanting" everything in the world. You become rich by dedicating yourself to something and becoming an industry expert. Paying attention to your customers and taking things like consumer demand very seriously.

Reply Like Like You like this
truered Premium
I agree with you however I also know that speaking positive things over your life can motivate as well. I know when I came into WA it was because I wanted to make more money and I appreciated the honesty that Kyle and Carson displayed. Most programs out there are advertising "get rich quick" yet the WA way is work hard, set realistic goals and eventually you will make a profit. Perhaps some individuals will only have to work 10 hours a week and they may see a $10,000 a month profit in no time, others may not. Good blog by the way!

Reply Like Like You like this
forsthomas Premium
I know some of us have a a very high target but, as I say in my profile "I wanna earn huge of Money BUT I´m used to just have small, so for me I wanna have a nice Living and a good income"
Maybe that´s too relevant ;)

Reply Like Like You like this
Shawn Martin Premium
Your goal of 1 K a month is realistic and obtainable with 25 hours of work a week if the work is focused and disciplined. :)

Reply Like Like You like this
M W Mihalicz Premium
Depressing. But when I think about it I am working about 40 hours a week minimum reading, training, blogging, reading, web designing, learning, reading ... for zero income right now. So 1k / month in time would be good.

Reply Like Like You like this
Shawn Martin Premium
There really is no limit to how much you can make in a month. It just depends on how things work out in your niche or niches. 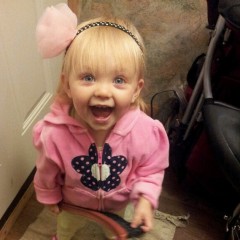