Are You Open to Suggestion?

This is a good personal question we need to ask ourselves and come up with an honest answer. Probably some of us are perfectionists, and one of the characteristics of a perfectionist is his or her defensiveness in the face of criticism. Why so? It's because criticism will point out any kind of imperfection or flaws, and this is something no perfectionist wants to accept or admit.

But then, if we look around us, we will agree that it is not only the perfectionists that hate accepting criticism and suggestion from others. There are many people who find it very difficult to truly be open to suggestions. And for such people, they always end up paying a high price. I have such people around me.

When we refuse to accept constructive criticisms, we wall up our lives, and by so doing we potentially miss ideas, and as well as repel other people who may serve as our destiny helpers. By so doing we deprive ourselves of intimacy, as well as self-growth.

Yesterday, I was tested with what I'm talking about here. Here is what happened, I posted an article and requested for WA comment, later I got a sharp critique of my article. I never received such kind of feedback before. I was rattled. On second thought, I didn't want to approve it or reply. I left the screen on for a while, after a few minutes, I filtered my thoughts and decided to accept the criticism.

Before then, I went and had a second look at my post, and discovered that I did not proofread the entire article., and that earned me a public rebuke from one of the sharp minds/eyes/mouths out there. What I did was to reply to the guy by praising him for helping me to be more responsible with my publications.

So, through this experience, I learned a few things about my sensitivity to criticisms, also learned how not to be quick to respond to a negative remark without rephrasing it, and putting it in context. And, more so, I learned how to turn my perceived weakness into strength based on my reply to my critic.

With this, I encourage us to always have an open mind when dealing with people and situations.

Write something…
Recent messages
Dadaz123 Premium
Way to go, Favorme! As budding writers, we should all be open to constructive feedback. That's how we become better writers.

Reply Like Like You like this
favorme Premium
@Dadaz123
Thanks so much, Dadaz, good lesson learned. It's nice to hear from you again, it's been a while. I know that you're conquering new territories.
Best wishes bro!

Reply Like Like You like this
muslimah Premium
I like people telling me the whole truth; after all, I'm not perfect and can't see all my flaws.
I admire the way you reacted to the criticism.
Keep being yourself.
And thank you for sharing.

Reply Like Like You like this
Suzay Premium Plus
Sara,
The perfectionist mentioned above, because they are perfectionists, they have not yet become their authentic selves.
They may go to their grave never rising up and accepting all of their parts, and parting ways with their false self persona.

Hey as you get older the fat hangs lower, and that is just the way it is! Just don't mention it if this person is also a narcissist unless you want hell itself to bust wide open, and this person's big mouth, searing opinion, or racing off away from you in their truck, as if you are the faultiest person in the world.

Don't worry, they may have mistaken you for a trash receptacle, because they couldn't blame their problem on you.
This kind of hair-splitting all black or all white is a miserable way to live, and it may be that everyone around them is made miserable, just like them.

There are big black hole people (easier to spot!), mid-sized black hole people, and sneaky black hole type people.
I think they are all kind of like a skunk!
They seek to take the good from you and leave you with their stink.Bait and switch!

You did the right thing, you calmed down first. Do not react like a devil child, stay calm, sort things out.
I like how you said, "I learned how to turn my perceived weakness into strength based on my reply to my critic."
What does JAY say, winner, winner, chicken dinner! You came out the winner.
If I still had trouble after that dealing with "their energy", I would just send it back to them, like a prayer (imprecatory). I mean it's their energy, not mine. It ain't doing me any good! Back to you, other people, period.
We need to be able to go back to our healthiest, most focused (authentic selves!!) ASAP, as soon as possible. Living above this lunatic asylum, in our City of Refuge is our safest move.

Thank you, Sara, I didn't mean to write a book, but a similar thing had just happened to me, as well.

Reply Like Like You like this
favorme Premium
@Suzay
Thank you so much Suzay, for taking your precious time to contribute your perspective. I understand that you're giving your feedback-based knowledge.
Suzay, let me share this quote by Lewis B. Smedes, he said this,
"I am personally thankful that we live together in a large moral house even if we do not drink at the same fountain of faith.

The world we experience together is one world, God's world, and our world, and the problems we share are common human problems.
So we can talk together, try to understand each other, and help each."

I believe that we can gain some insights from the quote.

Once again, thanks for the reaction.
Have a blessed week!

Reply Like Like You like this
Zoopie Premium
One of life’s hardest things is to accept criticism. That is great that you could step back from your initial thoughts of not approving the comment and then taking it on board.
Very well done, thinking like a businessperson.
Stephen

Reply Like Like You like this
favorme Premium
@Zoopie
Stephen, you're absolutely right. No one likes to be criticized, including children. But as I said, if we can learn how to accept constructive criticism which is not verbal abuse or attack, we will reap the sure benefits.
Thanks so much for your kind comment.
Have a wonderful week!

Reply Like Like You like this
QiMindset Premium Plus
Personally, Sara, I love criticism. That's how I learn, by people telling me what didn't work for them.

There are no perfect souls in this realm, so nobody should be above being criticized.

Thanks for posting!
Keep thriving!
Al

Reply Like Like You like this
favorme Premium
@QiMindset
AI, thanks for your candid comment. Perfectionism is a personality trait, that is hard for a non-perfectionist to understand. It is what it is. I don't want to go there, because it reminds me of one OCD client I once had, and what happened.
Thanks, for stopping by. Highly appreciate it. 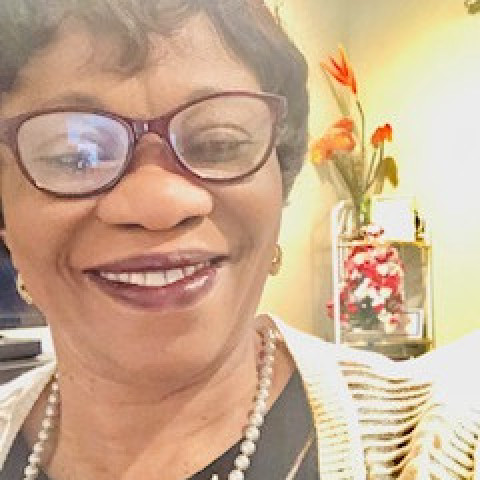