A few weeks ago it was pointed out to me that I had a Core Web Vitals problem so I purchased SMUSH to hopefully sort out this problem.

I hit the "Start New Validation" in Google Console which can take up to 28 days to do its thing.

I have just gone back in there to see how things are, hoping this would sort out the issue and still it is coming up with 172 URLs failed.

Now I have no clue what to do to solve this issue, anybody got any ideas?

Just to keep you in the loop because you never know!

Just an update of what went on yesterday.

I spoke to support and tried to get to the bottom of this core web vitals issue or at least see if there was something that could be done.

Part of the report pointed to a "hosting issue" which I pointed out and mentioned could it be a server issue?

I know grasping at straws!

Anyway, I was testing my site against other sites that were not having this issue and support opted to try something out by moving my site to another server.

The server where this other site was, the one that I was doing a comparison of.

After all, some servers are faster than others and for many reasons.

I was told I couldn't really do anything for 7 hours and after a CRAP day anyway, wasn't in the right frame of mind anyway so I closed up shop.

Come back this morning and brought up the site which did seem lightly fast for some reasoning.

Right-click, inspect and select lighthouse which I think is running in real-time as opposed to "Page Speed Insights" that runs from collective data.

Guess what? I don't have any issues now!

Have a nice day.

Reply Like Like You like this
LMH1968 Premium Plus
Hey Mick,
I had the same problem which has now been resolved.
The people Partha use and recommend do great work so I would always take his advice.

Plus, as this has been a HUGE ranking factor for around 2 years now, this is obviously what has been impacting your traffic/sales, etc.

If Smush has converted all images to WebP format and included lazy loading then there shouldn't be an issue.

Plus, your mobile speed is pretty decent, which means that there isn't an issue with your theme or conflicts of plugins.

So, I can't work out why this is happening, but I'm certainly not that great on the technical side.

I'm going to make a suggestion that probably goes against everything anyone will ever say to you.

I know the last couple of years have been a struggle, and even though you've upped your game content-wise, you must feel like everything you do is getting you nowhere.

My recommendation - PAY someone to sort your Core Web Vitals out.

It's a one-time payment, and typically most freelancers are happy to check back for free if you have any issues.

Basically, if you had sorted your Core Web Vitals out when it first came in 2020, I can't guarantee sales or traffic, as I don't completely agree with the "bait and switch, plus solely product review" websites - Yes, a fantastic business model for many years, but hmmm... I'll say no more, BUT I feel you would've been much further on now.

Basically, all that hard work you've put in over the last two years would've felt much more worthwhile.

I won't suggest the guy I use for technical website issues, as he can be fairly expensive.

However, I do know a few people who've used a guy on Fiverr and have seen great improvements.

Obviously, I can't link here, but go Fiverr and search for

and the guy you're looking for is Ahmad SEO Pro.

I believe he can get all your issues resolved for around £30-£60 (poiund sterling).

Honestly, once it's completely fixed, you'll often see a surge in rankings and traffic (I typically say to wait around 4-6 weeks after the work is done and you have "VALIDATED FIX" in GSC).

I just hate to see you struggle, and I know you've put everthing into this.

Just pay the dude, get the work done, and I can see happier days ahead.

There's only so much we can try to do with this stuff, especially if we don't have the technical knowledge... Plus, the frustration must be doing your head in, Right?

I know that anything like this, I try to work it for a few days, but I've come to the conclusion that it's often easier just to pay someone to do the stuff I struggle to get my head around.

I don't think there's another person here that I want to succeed more than you.

Just do it mate.

Always a pleasure my friend and yes it does appear that I am going around in circles and yes talking about frustrating.

Yes, I would like to use the F word!

Smush it would appear after I paid for it appears to have done nothing.

It does say that it will convert png to jpeg which is how it was set up.

Just gone in there and after it did what it did 3-4 weeks ago which is called BULK SMUSH there are now 344 files that need to go through the same process.

For ? sake, I thought it did this automatically instead it looks like you have to keep an eye on it.

Thank you for your recommendation and it looks like I will be going down that route.

Yeah, Apache powers nearly half of all websites on the internet (throught the server), so it's definitely "popular".

However, it's interesting to note that only around 1 in 5 of the 100,000 most popular websites on the internet use Apache (there could be something to that).

Unfortunately, I think as I mentioned to you before, I don't know a great deal about Smush, but you would think it would work in much the same way as any other premium image optimization plugin, but apparently not.

Funnily enough, I was speaking to another member the other week (who shall remain nameless), but pointed out that their page speed scores were actually the worst I had ever seen... think about a page speed that you would consider terrible, then half it, and half it again, LOL. Yep, we're talking single figures. So, obviously core web vitals was also a huge issue.

They actually decided to take out the same premium plugins that I use (WP Rocket and Imagify) and everything jumped into the 90s and Core Web Vitals passed overnight. Admittedly, you're looking at around $150 per year for the plugins you can purchase lifetime options too), but it does make a huge difference.

However, many freelancers who offer these Core Web Vitals services will have unlimited use to many of these optimization and caching plugins, so in effect, they can use them on ANY website and then charge a fee for doing so.

So, in the early days, it's worthwhile paying a one-off fee, getting things sorted, and then when you're finally getting traffic and sales, you can then purchase all the premium plugins yourself (I still pay someone to install them for me, even once I own them, Hahaha).

But, this has definitely been your issue.

If you look at the members who've had a Bootcamp site going for as long as you, and are putting in the same amount of effort as you, you'll notice that in the last 6 months, many of them have seen things "come good".

Whether this continues in 2022 and beyond, with all of Google's recent product review algorithm updates, remains to be seen.

But, I honestly do believe that once you have your Core Web Vitals Issue sorted, you'll notice a huge change within a couple of months.

I have had two sites with all poor urls for mobile. Sounds terrible so I installed WP Rocket and it did not help. In fact, I installed it also in my third site (had a license for three) and it resulted in all mobile urls becoming red, they were green before.

Contacted their support many times, no result. But on one occasion after many weeks of some work, their person did something on one site, and now all mobile urls are green again.

But see this. 1) In all three sites my ranking has been improving for many months in spite of these red mobile urls. 2) The one which was corrected as described, did not show any change in ranking, it shows the same trend as the other tow with red urls.

So I am reluctant to contact them again and ask to repeat the same steps in the other two sites (because I have to give them admin access which I dislike totally). I do not see what this would change regarding ranking, and I remain confused as usual as I feel I do not understand anything.

Core Web Vitals and user experience will always be a ranking factor, and John Mueller has previously confirmed this.

I have personally always felt that RELEVANCE to searcher intent (especially since the Google algorithm update of October 2019) is the most important SEO/ranking factor - obviously this is a matter of personal opinion.

Going back to John Mueller, I believe he is quoted on Twitter some time last year as saying something along the lines of:

So, what this potentially tells me is that the content YOU are producing is MORE RELEVANT TO SEARCHER INTENT than your competition.

Google is ALL about user experience, i.e. the better experience a user has on a website, the higher rankings that website can expect.

But, Google will still class providing a consumer with the information that they really want and need above all else.

The only reason I say "this is merely my opinion", is that many people have differing experiences.

Case in point, yourself... but, then again, I still believe that your content is ACTUALLY PROVIDING WHAT PEOPLE ARE SEARCHING FOR, and perhaps your competition isn't quite hitting the mark there.

I can't remember where I saw this now (I think it was either Syed at WPBeginner or one of Brian's articles from Backlinko), but an example was given of using the keyword "heart attack".

Through careful examination of the phrase "heart attack" on page one of Google it was found that the sites ranking were discussing heart attack symptoms.

So, this is clearly the searcher intent when they type "heart attack" into the Google search bar, i.e. they want to know what the symptoms of a heart attack are.

Therefore, if a wesbite is actually faster than every single website that ranks on page one of Google for the term "heart attack" targets the same phrase, but discusses how to recover from a heart attack, they will NOT rank higher than the slower websites - it's all about relevance.

That said, I would personally always want a fast website, which hits all the "vitals" and "core web vitals", while also providing content that is relevant to what the reader wants.

Basically, try to make the visitor experience the best one they can possibly get.

Reply Like Like You like this
jvranjes Premium
@ParthaB
Hi Partha, could you perhaps send me a link to that person you mentioned, Ahmad SEO Pro. I tried to find but there are many with this name. 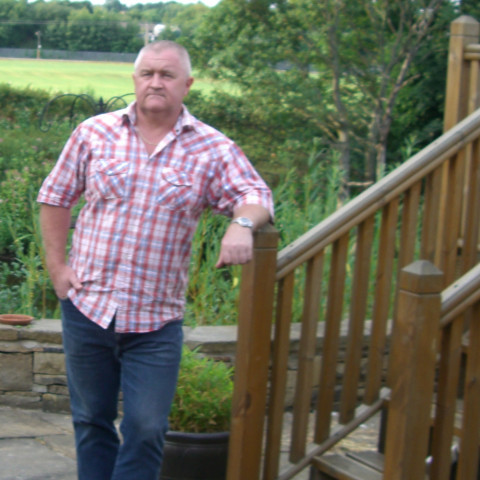