The Mindset You Need for Success at WA

I think the most common question new members have when joining WA is "What's the real secret to success?"

"If I attack the training with a specific schedule I've given myself, and I stick to it religiously, will I have steady commissions coming in 2-3 months, realistically?

"It's May right now, so if instead of writing one post every time the lessons instruct me to, I write, say, 2 or 3, can I springboard myself into revenue of $100-$500/month by August?"

Trust the system, following every lesson to a tee, finishing the tasks asked of you, publishing articles regularly, taking breaks when instructed, getting engagement through comments, sharing relevant posts here and there through social media, but most importantly following the training LIKE A ROBOT 100%.

And by that I mean follow it the way Kyle, Carson, Jay, and the course lessons teach. Don't come up with your own ways to do it that you think might be better. Don't take on extra work you see others who have been in way longer are doing because it's almost guaranteed that they didn't start off doing that work. Your business evolves over time, but the start is the same: stick to the training.

The system absolutely works and every single success story that comes out of WA seemingly daily is testament to that.

Don't worry about analytics, or how many clicks you got on your page, or how many commissions you've received, just work and build. And when 6 months comes around, look at how much you've grown and learned, and that's it.

Resolve yourself to do it all over again, learning and growing again as much as you can for another 6 months.

It's only when you do those things that the rest falls into place. If you go into it giving yourself a random commission deadline that no one else is giving you (and one that there's really no need for), all you've done is built a way for your mind to think you've failed.

So don't create a path that fails. Just build and learn. I know people hate that answer, but there's a reason everyone who's had some success gives it. There's no real way around it.

That's the best way to work.

You don't jump into medical school coming up with your own way of training while taking on extra work that you see seasoned doctors taking on, right? That would be senseless. So don't do that with this business either.

Take one step at a time, make your brain a sponge, and follow what works. :)
That's how you have success at Wealthy Affiliate.

Write something…
Recent messages
Jollin Premium
This is such a good article! After reading it, I just got even more motivated to work hard and become a successful affiliate marketer. I really want this to work out and become an expert at it and become successful. I wish I had read other article that led me her to WA prior to signing up with Blake Nubar's Partner Program. In the past 3 days I've been here I believe that WA is a viable site and program. It provides people like myself who does not have any experience in website building (although I've been wanting to learn how many years back, but life happened) a great foundation. Additionally, this community provides a solid foundation on how to do affiliate marketing the right way.

This community has a plethora of resources that would assist anyone who is hungry to learn and become a successful entrepreneur.

Eric, I cannot thank you enough for that article that you put out there which led me to this community!!!!!

“Thinking of yourself as a success expands your ability's in life.” Tom Short.

“Working against the odds may seem hard but positive quality results create a stimulating success of lifetime value.” Tom Short.

Thank you for your time,

Reply Like Like You like this
KatiMouse Premium
Thanks so much! I'm also a new Premium member feeling overwhelmed with all the learning ahead, but I'm working on keeping my mind focused on just one lesson at a time. Once I understand the lesson, I move on.

I look forward to building a good, strong business here, as well as new friendships!

Reply Like Like You like this
ericcantu Premium Plus
@KatiMouse
And you will! :)
Remember what a good "problem" it is to have so many tools and resources available to you as opposed to having a feeling of "that's it?", lol. 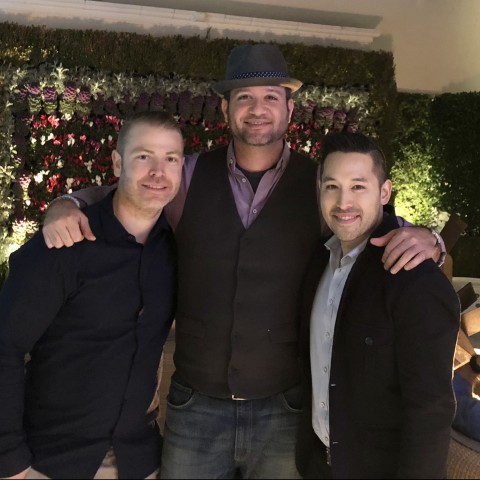