Just before I joined Wealthy Affiliate I subscribed to an Investment Reseaarch Service. The fee was about $500 for every three months. Before the first three months was over I decided to cancel. I was not benefiting from any of the advice given. In fact, I was only breaking even.

One of the assets the expert gave advice on was Cryptocurrencies. He offered a special newsletter where he promised to share information on specific Crypto's that his super duper computer system used its algorithms that would provide coins that had a high probability of exploding in value. As a teaser to listen to his webinar he said he would share just one of these Cryptocurrencies. I decided to watch his webinar and decided not to subscribe to his Crypto Newsletter. The subscription was $1995 a year. Yikes!

The Cryptocurrency he shared as a reward for watching his webinar was a relatively new one called LEND. It's price was about 25 cents at the time, I bought $1 worth. That gave me 4 coins.

Over time, I watched it go nowhere and forgot about it. I stopped checking it on Binance where I purchased this asset.

A Bumper Return On Investment 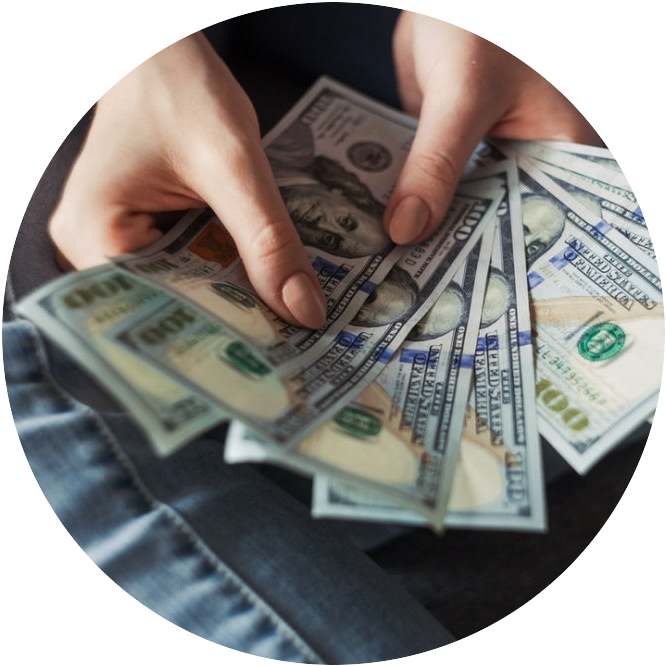 Recently when I went to check on it I couldn't find it listed. My first reaction was what the heck, I only lost $1.

When I looked at my account further I noticed that I had over $1000 under a Crytocurrency called AAVE!. So I had a strange thought.

Could the name of this Crypto have changed? In fact, I had not heard about such a coin. Lo and behold, this used to be called LEND!

Something good for me did come out of my dallying with the investment research field in the end.

Instead of cashing out I decided to keep it there. I watched it grow over two and a half years, to almost $4000. As I looked at the chart, today, the value of AAVE was rising by the second. I debated whether to cash it all out.

On second thoughts, I only withdrew $1000 worth. Even if it crashed, my $1 investment would have ballooned 1000 times in just under three years. 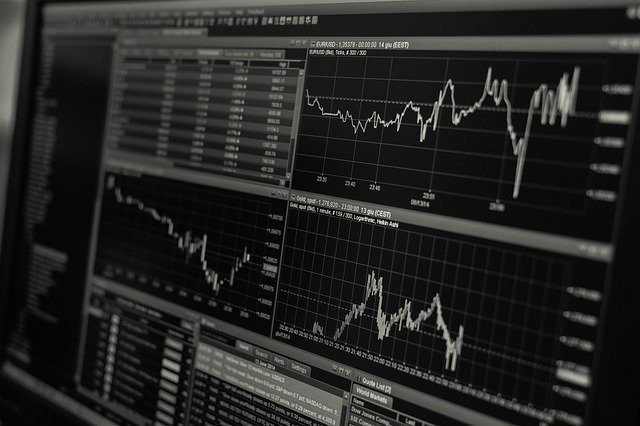 As I mentioned before, I am following a plan where I am investing a fixed amount each week in Bitcoin and Etherium, two well-established Cryptocurrencies.

Another currency expert I am following now for free, had told us he was also investing in a relatively new Cryptocurrency for the long term called Vechain (VET).

He started buying it when it was less than one cent. It is now valued at 3 cents. I bought $100 worth when it was about 2.5 cents. This is another coin I have got my sights on accumulating as a long term investment. The price is right.

Should You Get Involved With Cryptos? 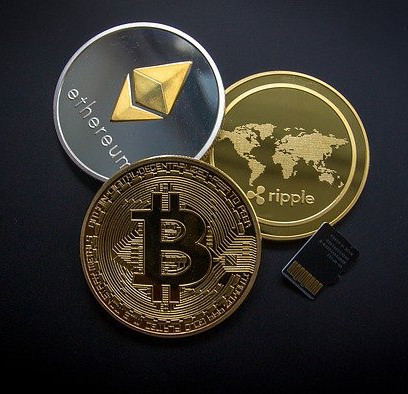 This is actually a good time to invest in Cryptocurrencies as the major banks and financial institutions have started investing too. When they do, you know that times have changed from the wild west of a few years ago.

Instead, it tanked to about $3000. I should have bought more. Out of fear I did nothing and held on to what I had. Today, Bitcoin is valued at around $35,000. And this is all because demand has increased as I aluded to above. Since the supply is limited, over time it will increase substantially higher. But I am sure there will be ups and downs along the way.

Please do not construe what I am telling you here as investment advice. If you decide to invest in Cryptocurrencies, do your own research. And only invest using money you can afford to loose.

When the value increases, cash out your original dollar investment and leave the rest to profit from the house money.

The most well-known places to purchase Cryptocurrencies are Coinbase, Binance US and Kraken. PayPal has also recently started selling Cryptos and allows members to make purchases with Cryptocurrencies.

Do you know there are affiliate programs related to Bitcoin? Check out the WA Affiliate Program tool to find out. Be careful with what you get involved with. AS always, do your own research.

Since one can purchase Crytocurrencuies by the dollar, no matter what their value, it makes it less risky. You do not have to pay $35,000 for one Bitcoin! These days it makes good financial sense to look at Cryptos as a vehicle to invest a small portion of your investment funds for the long term.

I wish you all the best in your endeavors.

My investment is growing in value, happy to say. Vechain and Etherium are poised to parabolically in the weeks and months ahead. If you are on the fence getting into Cryptos, don't hesitate right now. Don't invest more than you can afford to loose. Even $10 on Vechain that is at 4 cents now is worth a try. Just a few weeks ago it was 1 cent. That is a 400% increase. The best place to purchase Vechain is binance.us

Write something…
Recent messages
drjec Premium
I mess around with cryptocurrency. Recently, I was given $3 worth of 4 different coins through a coinbase training program. About a month later, I have just unde $150 worth of those 3 coins. I have the same reaction as you do. With the coins in which I have invested, I am reluctant to cash out as they climb.

Reply Like Like You like this
Only1Hugh Premium
Hi Edwin the risk and reward for the long term investments seem palatable even if you are like me and don't know anything to talk about in Crypto. My son, who is 13, actually was talking about it last week and I am set to see what he wants to do later. So this info is very timely. Thanks buddy.

Look into it, I mean study this stuff, before long it will become the way of paying our bills and buying items we need.

You can find all the information on Udemy, buy one of the courses on crypto, how I stared I have done three so far on this topic.

There is so much to learn, buying coins is one thing making sure you get them is another thing. Selling again another avenue of complexity one mistake and they are gone.

Just understand one thing never leave your coins with an exchange always store them in your hard wallet. You will sleep better.

Hope this helps, invest in your education as you have shared it's the best investment you can make, your knowledge. :}

Reply Like Like You like this
jfbmarketing Premium
@Only1Hugh
That's a good approach and makes sense. All the best Hugh, its a totally different world, not sure which is easier to understand SEO or Crypto. But both have great rewards.

Reply Like Like You like this
EdwinBernard Premium
@Only1Hugh
Thanks for your comments Hugh. You have a wise son. He’s at the right place at the right time. Work with him on this like a joint project. It will be good for both of you.

Reply Like Like You like this
jfbmarketing Premium
No other place you can make a 700 percent return on your investment over night. I been buying several different ones and been following certain news letters.

It is a very high risk investment, you can lose it just as fast as your gains. Only play with what you can afford to lose. Lately it has been a Bull Market with Crypto. Some of the increase have blown me away.

I have two coins, I am hanging on to, and the rest I mess around with them. One warning I will provide you with. If you buy any crypto, DO NOT LEAVE THEM WITH THE EXCHANGE. Invest in a hard wallet like Nano S Ledger is one of the best on safes on the market.

If you buy one make sure you buy it from Ledger and not a knock off. Why? They can be program by the seller, once you load your coins, the seller will hack your account and bingo, your coins have vanished.

Just be careful with crypto if you decide to invest in this market, take a course and learn as much as you can. One mistake and you will lose all your coins you have bought.

What I mean is if your hard wallet does not support an ALT Coin, guess what your coins are gone, vanished into cyber space.

Wish you all the success with your investments.

Did you know that Coinbase is now linked with Fidelity? Although you cannot buy crypto’s on Fidelity yet, you can track your Coinbase portfolio on Fidelity.

I loose physical things very easily. For example, if I had stored the $1 in LEND now Aave on a personal physical wallet I would have lost it by now and never realized I had almost $4k on my hands. When my portfolio exceeds $10k I’ll look into a digital wallet then. Thanks for the tips.

Reply Like Like You like this
JEaston Premium Plus
Thank you so much, Edwin, to post.
Yes, I heard about these Cryptocurrencies, and I know many of Filipino invested in them. I'm thinking about it.
Thank you for sharing.
Thanks,
Joyce

105
View EdwinBernard Profile
Follow edwinbernard
EdwinBernard's Posts
225 posts
View all
I Discovered An Amazing Offer To...
14 comments 12 likes
Consistency - The Secret Ingredi...
17 comments 14 likes
My Recent Site Comments Experien...
35 comments 31 likes
A Lesson On Customer Perspective
11 comments 18 likes
The Impact Of TaaS In Your Affil...
28 comments 20 likes
Have You Got Your COVID-19 Vacci...
38 comments 20 likes
A Tale Of LEND - How I Changed $...
39 comments 28 likes
A Few Thoughts On Using The Bloc...
26 comments 16 likes
Down The Up Elevator
21 comments 21 likes
An Invitation To Attend A Virtua...
29 comments 21 likes
Hold Tight!