I know the title of this article sounds crazy considering I've been a premium member since 2007. But as I interact with new members regularly I've come to realize maybe it's not the right option for everyone. So before anyone assumes I'm speaking blasphemy, let me break down my reasons down below.

Some people are under the misconception that going premium will now mean that their website is going to make money within a week or so now. In most cases this is a pipe dream. At the end of the day you're building a business and that takes time. So if you're investing in yourself via a premium membership hoping to recoup your initial investment or make a profit relatively quickly then you probably shouldn't do it. You need to have a long term mentality with this business. All the hours and time you are putting in now may not bear fruit until months or even a year later. If you're not good with that, then don't become a premium member until you are.

2. You can't pay the full price next month and on.

A lot of people are smart and take advantage of the discount offered for your first month which makes joining WA dirt cheap the first month. And they're hoping that they'll make enough money within a month to cover the next month. It's a nice thought and there are some people that are able to do this. But it's not the norm. Again when you decide to go premium it should be for the long term. If you're just joining in with the hopes of magically mastering this business in a month to cover your expense next month, the odds are stacked against you. Rome wasn't built in a day and I highly doubt your business will be built in a month. So if you don't think you'll be able to afford the full price next month and on. Just hold off until you can. Maybe it's better to save up for the full year instead which is actually cheaper in the longer run since WA gives you a discount for buying a full year membership.

3. You know it all already and don't need additional help.

Maybe you're one of those people that don't need extra help. You're good at hunting down information on your own. You don't really require any live one one chats or new weekly training videos. You're the type that learns better by making mistakes on your own rather than avoiding them all together. You view investing in yourself via books, school or online training as a waste of money or as a scam. If that's you then you're probably not reading this article and have left the community already. But just in case you haven't then again going premium may not be for you. And that's fine. I use to be one of those people and eventually learned that it cost me more not to invest in myself. So there is hope for you.

Well there you have it. Even though I've been here since 2007 and don't plan to give up my premium membership, I can understand why some of you shouldn't go premium. But I'd love to hear your thoughts because I know many of you have gone premium like me. So chime in below.

Eddy with a y

P.S. And if you really want to go premium but can afford it, then read this:

Write something…
Recent messages
LAUGHsMILES Premium
The main reason for going premium is for the identity sales.
can you imagine going to potential clients as you develop sites and having to explain the //siterubix, at every interview. Sure we want to promote WA but as the conversation is about our products that move WA one does not want to have to develop sales pitches that are five hours long that Segway into there own material, especially if it is there own material that is driving the site.
So I always believe it is best to pay for Premium with the sole intention already understood that one needs to make that 41.00 count. well at least get a three year plan. That giving you more than enough time to make a solid career out this.

Reply Like Like You like this
LAUGHsMILES Premium
@EddySalomon
Oh I love the fact that it is affordable. That an industry has found a way to make a 3 year plan one of the best rockets in the country. Have you incorporated this system to Facebook yet. I am certain considering you are a top 100 member that you have already found a way to use Facebook along side with this program. You have already invited the numerous "Friends" you have on facebook into this adventure and have referrals in the thousands by now? Every person that you know should be investing in this company for every person has a niche that is marketable. =)

Reply Like Like You like this
LAUGHsMILES Premium
@EddySalomon
Hmm that is good to know. Um is it because FB has kind of started promoting online businesses?
Are they considered a competitive program to WA?

Reply Like Like You like this
EddySalomon Premium
@LAUGHsMILES
They just assume and treat the whole industry as a scam. It has nothing to do with competition.

Reply Like Like You like this
LAUGHsMILES Premium
@EddySalomon
Hmm so I think it will be time to write a story on that. Beat out the market scammers at there own game. well not now but surly when the time comes. because to continue to ignore this development makes it harder to move forward. Social media is really where the market is.
Recently I noticed you can send friends and family money through FB
what do you think of this development?
what is FB trying to prove.
it sounds as bad as Walmart when it comes to marketable value.
I see now why there are republicans against it
no one likes a monopoly.

Reply Like Like You like this
LadybugLove Premium
@EddySalomon
hmm...I will beg to differ on this point with FB. I have been growing a following with FB for nearly 2 years from 5 to 802 currently. I've created a brand for myself and my group are anxiously awaiting my website/blog debut.

Building trust is a very large component in the equation. I think it depends what you're selling. My group look to me for leadership and advice...can't replace that.

Reply Like Like You like this
chartdude Premium
Thanks Eddy. It all takes time, sometimes more than a year to achieve ones goal, but premium I think if one can do it is the way to go. The training and the community is top notch and most things in life really are not free, it takes much effort. If one makes that effort, it is likely they will succeed if they persevere.

All my best!
Jim

Reply Like Like You like this
MarieOkay Premium
Great article Eddy. I dived in and went premium a few days after I found this site and promised myself I would have the training nailed down within the first couple of weeks, my website set up within the month and off to the races I would go:)
Well work 9 -5 in front of a computer took over, family distractions and calls on my time have made me realise I have to go at a bit of a slower pace, but that's ok because I intend to be here for the long-haul and informing newer members of my successes. thank you for your helpful advice.

Reply Like Like You like this
EddySalomon Premium
@MarieOkay
You're very welcome Marie. I think many of us jump into this hoping we can dive in quickly to make things happen. But ultimately this is a marathon and eventually you will get to the finish line. But we have to give ourselves enough time to do so. I'm glad this article confirmed that for you.

Reply Like Like You like this
DeniseOlsen5 Premium
It does cost to invest in WA. But if you think about it, it is a whole lot cheaper than trying to open a brick and mortar business. You would have to spend 10's of thousands of dollars in order to open a business like that. Plus you would have your monthly overhead which would still be a lot more than the monthly payment to belong to WA. In the long run our investment in WA is priceless!

Reply Like Like You like this
BoldChanges Premium
Great post. I think you have made some very good points. The great thing in reality is that you can learn a lot and do a lot with WA before you ever go premium. I think in the long run you should eventually, but not right away for all folks.

Reply Like Like You like this
WeStart
@EddySalomon
Can you tell me what I can do with just the free starter package? I fit into the #2 category of not being able financially to go Premium yet. 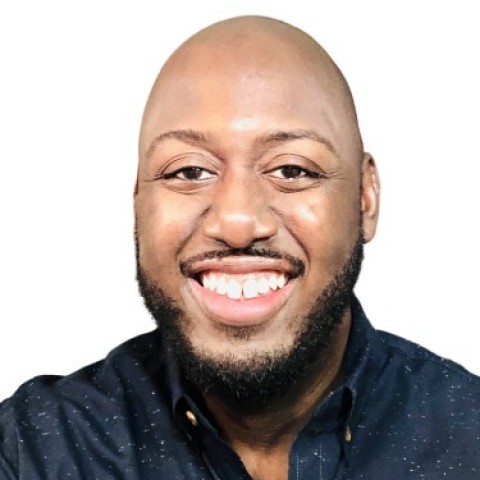