What does Memorial day mean for you?

I would love to hear your thoughts on what this special day means for you? For me it is not really a day of celebration, it is the day of solemn remembrance and gratitude.

Yes, I remember those days well, flak jackets, helmets, gas masks, M-16s etc. I never went to war but everywhere I went in South Korea was a reminder of the war in Vietnam.

Martial law was in effect and it was illegal to be on the streets between the hours of 12 AM to 4 AM and you were subject to arrest. If any of you know what it's like to work on the flight line, it is extremely noisy with the sounds of jet engines. One day, a day like any other day, we were working on the jolly green helicopters getting them ready for their daily missions to resupply the mountaintop camps. All of a sudden everything went silent, no planes were taking off. It was at this time that we got orders to armor plate the helicopters, install the guns and make sure nobody got on the helicopter who is not authorized. We did this and watched as two F-4 Phantoms went to the end of runway (supposedly loaded with nuclear bombs) took off. It was later on that day that we found out that an American Army helicopter had strayed into North Korea where it was shot down, two Americans were killed and one was captured. This was only one day of many where the North Koreans killed or injured an American. This was many decades ago and people nowadays don't realize that things like this could happen unless you were there.

I remember these days extremely well and am very proud to have played my part in making this country safe. Like I said, this is a day of remembrance and gratitude. I know you guys have husbands, wives, brothers, sisters, children and friends who have served to protect the freedom that we enjoy today. We may be locked in but if we look around us we have a lot to be grateful for. What does this special day mean for you?

Reply Like Like You like this
JeannineC Premium
I do see it as a Day of Remembrance as well. I have too many friends and relatives who lost friends in Korea, Viet Nam and most recently Iraq and Afghanistan. Today is not a day about barbecues and gardening. It is a day to remember who paid the ultimate price for our freedom. Never Forget.

Reply Like Like You like this
AlyseS Premium
God Bless America! This day means remembering those that lost their lives for us in the US military. I agree its not really a day for celebrating but people say HAPPY for some reason?? I don't know why? Thanks Donnie for sharing.

My opinion is the "Happy" has to do with the day recognizing what the loved ones we have lost sacrificed for all of us so that we can remain free and happy. It is an 'official' day of remembrance but also a celebration of those individuals who made the ultimate sacrifice. Of course, for those of us who lost loved ones in one of the myriad conflicts, they are remembered and honored in our hearts every single day! 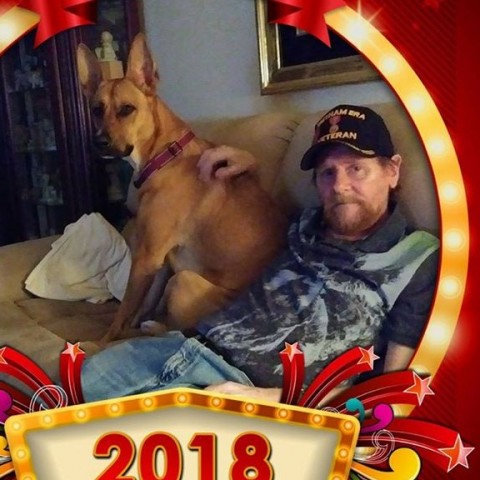 1Year
View DonnieNorton Profile
Follow donnienorton
DonnieNorton's Posts
113 posts
View all
I couldn't do it
50 comments 55 likes
It's time to say goodbye
107 comments 55 likes
What does Memorial day mean for ...
4 comments 14 likes
What Really Gets You Motivated?
6 comments 9 likes
Whoever said real men don't cry ...
12 comments 14 likes
I'm Having More Fun Being Locked...
19 comments 27 likes
Back home
15 comments 17 likes
back from the dead (literally)
90 comments 60 likes
What is your winning strategy?
4 comments 18 likes
It's My Birthday And I'm Not Gon...
108 comments 67 likes
Hold Tight!