My Home is Cluttered.

The funny thing about clutter is that we don’t really see it until it becomes intolerable. I’ve lived in my home nearly 20 years. We purchased the home as our one on only new home. We had owned to older (much older) homes and had a desire for something new. We also wanted to get out of a seriously declining neighborhood.

Imagine arriving home from a day of work and finding the street blocked by a dozen or more 16 to 20-year-old teens. Teens is polite because they challenged anyone coming or going. Waiting for them to disperse often took 10 to 15 minutes. Robberies were frequent, as were broken windows, strangers roaming our unfenced yard some nights. The year was wooded and about 200 feet deep.

Enough was enough, and we felt forced to move. Problem was that housing has skyrocketed and a the best we could afford was a double wide on a foundation in a rural area.

We’ve been mostly happy here until we retired. Now we’ve been here for 20 years and retired on a fixed income and would like to relocate to a more urban area. Who knew we might be facing many medical appointments and the medical facilities here are knows as places you go to die? Most locals I talk to go 50 miles or more for medical care for that reason.

We collect stuff, usually with little consecration of real need. So, we have a lot of stuff. Our home is filled with it. It’s difficult to get rid of extra stuff. But what to do when there a so many memories attached. I look at all this stuff and think I paid for that (and it didn’t work out.)

And then there’s my better half. She is resisting my efforts to clean thing up. She looks in the trash to see what, besides ordinary food waste, that I am tossing out. Most times she’ll remove it and put it somewhere else.

I’m frustrated. When I speak with her about getting the place in shape, she gets very defensive.

So, I’m painting the bathrooms and kitchen, new sinks, toilet seats, etc. My goal is to be done painting/fixing by May 3rd. My goal for decluttering to be complete by Thanksgiving.

All this is keeping me away from Wealthy Affiliates for a while. Some of you may have questioned my absence, and I really feel that when all is said and done, I will be in a much better position to become active as a member and move forward with websites, posts, and business.

Write something…
Recent messages
cb59 Premium
Hi my friend,
Great post! Well, this is a time for everything: a time to clutter and one to declutter. If you set your mind to realize it then you're going to achieve it surely. Just take it easy by using a slow, pointed and well-calculated approach with the right attitude to get it done.
Thank you my friend for sharing,
Charles

Reply Like Like You like this
RVsRock Premium
I'm rolling on the floor after reading this post. It quickly reminded me of the late George Carlin and I just had to watch his gig about "stuff".

That's when my funny bone took over. I had to wipe the tears in my eyes.

"George Carlin Talks About 'Stuff', but I post this with a WARNING...his language can get a bit salty at times.

The truth is we all...everyone of us..........collect "stuff" over our lifetimes and sadly, no matter how precious some of our "stuff" is to us, your children and grandchildren don't want your "stuff"....any of it!

Anyway David, good to hear from you again.

Reply Like Like You like this
RVsRock Premium
@JeffreyBrown
Actually, I thought about that when you were recently posting about the camera collections. It is a great collection, but what are you going to do with all those cameras?

Do any of your children or grandchildren want them? Just wondering.

Reply Like Like You like this
JeffreyBrown Premium
@RVsRock
They want some of them--others I have been selling off slowly but surely! Whatever doesn't sell will be part of the bequest to my survivors upon my death!

Reply Like Like You like this
Sass2020 Premium
I love this article! My husband is a huge hoarder and I’m a decluttering maniac! I’m One of those people who needs a very ‘zen’ zone for brain power output and inner calm. Sometimes I am a little too ruthless but most of what we accumulate is stuff and what is really most important is what you carry around inside and the relationship with other - I think anyway . Thanks for sharing

Reply Like Like You like this
Kiranoppa Premium
You know, I had the same problem, and I did the Konmari method of decluttering my home. It took me almost a year. It's still not perfect in my home, but now it's so much easier to let go of unnecessary things.

In Konmari method, you declutter everything one group of items at a time. First, you declutter your clothes, then your books, papers, miscellaneous items, and finally sentimental items.

Reply Like Like You like this
Specialk3749 Premium
Clutter can hinder your business as well. I feel so much more creative when I have things organized. As I speak I am looking at my desk that needs cleaning! So, off I go to get it cleaned.

As for your wife, things could be just sentimental. Have her take pictures and keep a scrapbook. That might help her be able to get rid of more things. 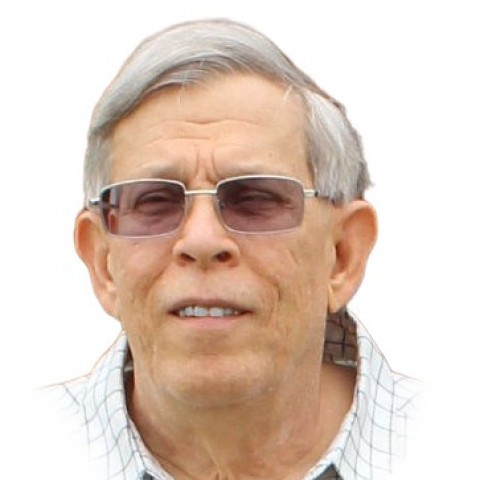