We had our Lumiére Festival last night

Every couple of years we have a Light Festival (Lumiére) in Durham City UK, where I live. This is really to showcase the city and illuminate it as an 'enlightened' place. Typically there are 25-30 light installations from artists all over the World, ranging from the bizarre to the cute, but always inspiring. This is it's 10 year anniversary.

Durham Cathedral, Castle and the Peninsula it stands on are classified as a UNESCO World Heritage Site. It gets millions of visitors per year from Christian Pilgrims to ordinary tourists. It's a beautiful, spiritual place.

At the Lumiére Festival, the Cathedral is typically the focus of things. I took this photograph last night, from the riverbank below the West Towers. The 'light installation' is the rolling fog, lit from behind, and the towers are also lit in the conventional way. I hope you like it. 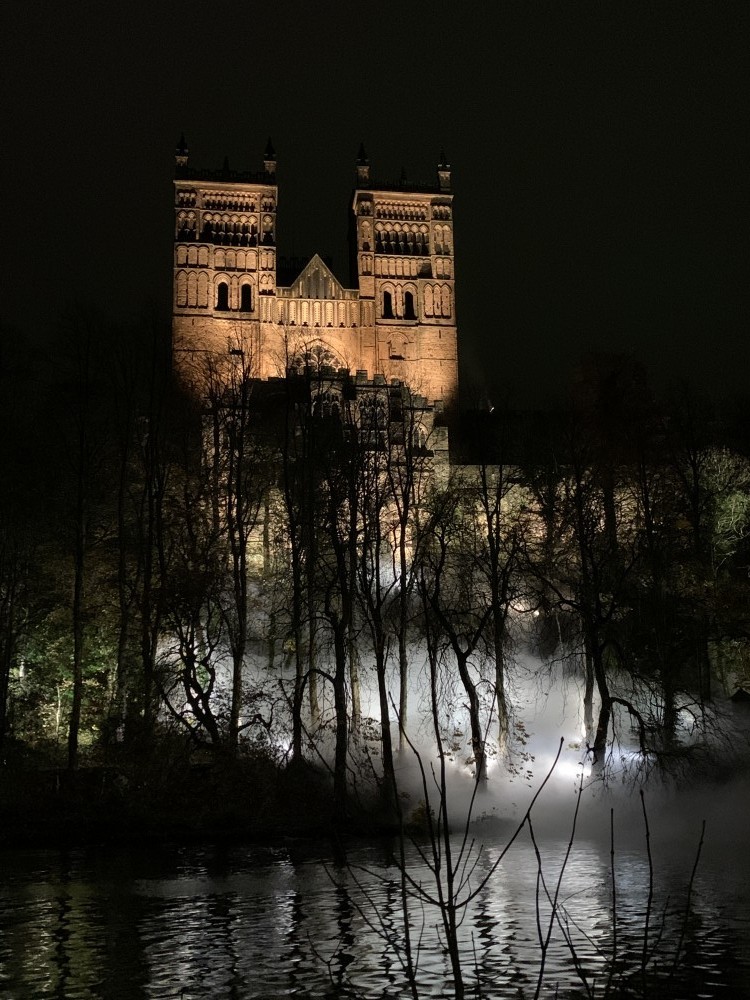 Reply Like Like You like this
Padmas Premium
Very cool! I studied for a bit in the University of Durham but should have spent more time enjoying the Durham outdoors :))