What Is The Best Job For Introverts

Honestly,what IS the best job for introverts? Is that why I’m trying to make money writing at home?

What prompted this post is the death of a friend, just before the 2017 Christmas. More on that a little lower down.

I never thought I was an introvert. I grew up studying to perform, and did for many years.

Normally introverts are considered the behind the scenes people. The designers, the writers, the editors (text, film and sound).

The extroverts want to get out there and get attention, right?

When you perform on a stage or set the area is under control. People who don’t have a strict role in the production can’t just wander in and up to you and demand conversation.

Or any kind of attention.

That keeps the security folks in business!

So it’s true that introverts can be good performers and many maintain a small social circle outside of the job.

Introversion is way of responding when something important happens. Even good things. You retreat to assimilate every bit of it before expressing any reactions, selectively.

When Lela June Schwark passed (I have written about her on Facebook –her support of John Windsor Cox when he was homeless, her recovery from her first stroke and learning to paint with her non-dominant hand…

She was a dear friend and left the world her dear daughters Gail Bernstein , and Dale Mora with whom I made many trips and back to visit “Juner”.

After she passed I couldn’t go on Facebook. Just couldn’t. I kept up all the daily tasks at my job and at my work learning to make money writing at home.

Having to at least show up on this site helped. I am sure I’ve left the shortest comments and greetings since I joined the Wealthy Affiliate community.

And now it’s time to ramp it up with the new trainings-within-trainings and full on daily interaction.

That’s a good thing because I am neither young enough nor wealthy enough to sit around.

One of the lesson’s requirements is write a post for the Wealthy Affiliate community and share it to Facebook. Which I’ve never done before. (Yep I skipped that the first time ‘round!)

So this is it.

And, as for what is the best job for introverts – all the blogs are a stage, and backstage I’ll keep learning to make money writing at home.

The image is a painting Juner did of Sage the boxer, after her stroke. 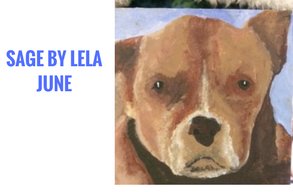 All the best peeps!

Write something…
Recent messages
wendyg53 Premium
I'm a teacher and am with hundreds of kids all week, but I am still an introvert. I require a lot of alone time to process - and I keep my inner circle very small. It's the only way to stay balanced and grounded.

And, yes, WA is the perfect place to live an introvert's dream, having your own home business so you can pick and choose how much interacting you want to do with the rest of humanity.

Best luck getting back to your business and training. I'm sorry about your friend.

Reply Like Like You like this
denara2017 Premium
I enjoyed your writing. Have never considered my self an introvert or an extravert. What does that make me?

Reply Like Like You like this
DianneBee Premium
@denara2017
No idea! :) The Jung/Briggs Myers personality test (Google "personality tests" is mentioned below. If you've never wondered, you're probably not an introvert, but a healthy mix. Cheers.

The world is becoming more introvert due to technology in my view. Some would prefer a day looking at a YouTube in the palm of their hand?

It doesn’t really make them extrovert. Like everything,’there is a healthy balance. I love the social interaction with WA members online and I also value face to face interaction. I don’t categorise myself at all.

We are developing business’s here that’s what WA is helping us, that’s all positive!

Reply Like Like You like this
NWTDennis Premium
@buffetearns
I agree ... the times they are changing. If a person's preference is to be on their phone versus interacting with people does that make them an introvert?

It's still about balance?

Extrovert, introvert or just plain antisocial! Who knows, healthy or not?

Reply Like Like You like this
NWTDennis Premium
@buffetearns
I had the same experience recently. Was sitting in an out door break area at Kaiser. There was a large table of staff (Interns, Nurses, Techs, etc). They all looked 20 something and everyone of them was deep into their phone. One would leave and another would sit down.

There was a short bit of eye contact to say hello, and then out came the phone. Looked weird and yes looked antisocial. The phone is definitely changing the boundaries between extroverts and introverts.

Reply Like Like You like this
Sui_generis Premium
I'm a TOTAL introvert. I was taught that the difference between introverts and extroverts is how they "recharge their batteries". I need alone time when I'm worn out, however, extroverts like to be out and with people when they get worn out. So, we can all do the same things but recharge differently.

Reply Like Like You like this
Donnie58 Premium
@Sui_generis
This is so very true! I am a Christian Pastor and therefore deal with people a lot. I HAVE to get away by myself to recharge when I have spent a lot of time around people. If I don't I get extremely exhausted.

I took the Jung/Briggs Myers personality test (Google "personality tests" if interested) and came out an introvert: INFJ. It described me to a "T", even to say my best choice in careers would be a counselor or pastor. One of the characteristics described in the analysis is that I HAVE to have 'alone time" to recharge!

Reply Like Like You like this
Sui_generis Premium
@Donnie58
I had to administer the Myers Briggs test to the employees when I was working in the HR office. As it turns out, I'm a INFJ myself. It fits me to a T as well. :-) 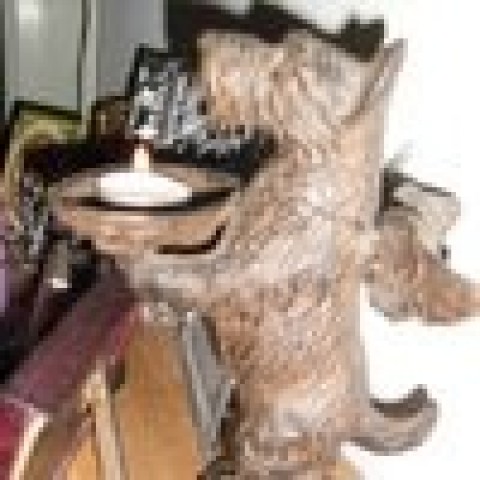