The Greatest Sales Letter of All Time

So, just for interest, this is considered to be the greatest sales letter of all time. Apparently, this generated $2 billion in revenue for the Wall Street Journal. And that was decades ago I believe. However, the principles still hold true today.

Firstly, personalisation is key. Address your reader by name. Notice how it says "have you ever wondered" rather than "people often wonder".

Next, tell the story. Invoke emotion and make the reader want to know what happened. And everybody loves a success story.

Then, target your audience. When this letter was written, it was to persuade men to subscribe to the Wall Street Journal. Hence, the readers could relate to the people in the story.

For those of you who have an email list, you could perhaps learn from this. Tell a story that really grabs attention. You could certainly use something similar for a make money online site, with a call to action to join WA? Here is an excerpt from it. I hope you get some inspiration from it.

On a beautiful late spring afternoon, twenty-five years ago, two young men graduated from the same college. They were very much alike, these two young men. Both had been better than average students, both were personable and both – as young college graduates are – were filled with ambitious dreams for the future.

Recently, these two men returned to college for their 25th reunion.

They were still very much alike. Both were happily married. Both had three children. And both, it turned out, had gone to work for the same Midwestern manufacturing company after graduation, and were still there.

But there was a difference. One of the men was manager of a small department of that company. The other was its president.

What Made The Difference

Have you ever wondered, as I have, what makes this kind of difference in people’s lives? It isn’t always a native intelligence or talent or dedication. It isn’t that one person wants success and the other doesn’t.

The difference lies in what each person knows and how he or she makes use of that knowledge.

And that is why I am writing to you and to people like you about The Wall Street Journal. For that is the whole purpose of The Journal: To give its readers knowledge – knowledge that they can use in business.…

I liked this story very much. As an exercise I sometimes like to look at these things with an alternative viewpoint in that it's sometimes things items don't say that's thought provoking. The man who was a head of a small department may have been happier than the other. He'd certainly have had less responsibility than the president and may have liked it that way. Sometimes it's not necessarily position or power, or money people seek but of course that doesn't sell newspapers - in this case
.

Reply Like Like You like this
cdwh4ugmail Premium
Yes, there is 5 Billlion stories out there. And each one has by birthright the use to the copyright of YPC.. The KNOWLEDGED BASED WISDOM . That man has neglected, to find out, to draw out, and to work out, how it works for themselves.
Want to know more, write me of what God Almighty, knows about each of Us . But was too afraid to ask!

Reply Like Like You like this
LRichards1 Premium
I noticed something else in your introduction. You didn't tell us really what this was all about. We had to read further to see what this article was all about. The title has to be what draws them in and this one sure did -- your article offered an element of surprise kinda like National Enquirer. Thanks for the tip. We all have a story. Another good idea was using this as a landing page --

Graphics or a short and simple bit of text do it for me. I do the same with junk mail. If I can't tell where a letter is from, I open the envelope and take a quick peek inside. This is usually enough to make the decision to read the stuff in the envelope or toss it into the garbage bin.

Reply Like Like You like this
roysinOnline Premium
Great post, Diane. It doesn't matter that it was written decades ago. It all holds true today as well. We can use the Hook , Story, Offer formula you have described in all aspects of digital marketing.

Steve J Larsen has an excellent podcast that is doing research into how legendary dead marketers of old times launched their offers before the Internet. The hook, story offer is like a universal law for success if done right.

Reply Like Like You like this
drjec Premium
That's an interesting story. My story is pretty simple. I am an average person who always worked very hard. i pursued education that interested me as long as I stayed interested. I did whatever I had to do to pay for that education. When opportunities came up I tried to follow them. I retired in August having gone from an entry level position to VP in one company and the CEO of another. For me, faith, family, hard work and interest are essential in life. 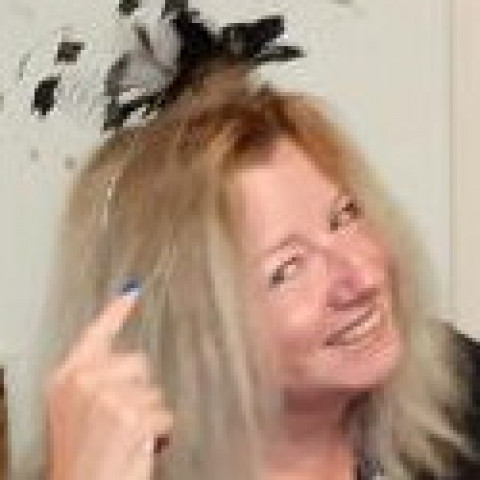