Debt. It's a horrible word for many people and a great majority of people are swimming in it. Sadly, I am definitely one of those as I let my debt spiral out of control. I am doing something about it on multiple fronts, but the enemy is definitely fighting back.

I'm enrolled in a debt relief company to combat the tens of thousands of dollars I owe to multiple creditors. I am getting close to seeing some success as I'm a couple of months away from paying off my first creditor and I should have a few more paid off later this year. That is definitely good news, but some creditors have decided to get very aggressive with me which is what the debt relief company I'm enrolled in warned could happen, but they are also my power of attorney and know how to deal with them and negotiate with them which is great because they've already negotiated settlements with 5 of the creditors I owe money to.

Unfortunately, because I stopped paying all my creditors all across the board when I first joined this debt relief company (which is what they told me to do so that the creditors were more willing to negotiate since they aren't getting anymore money from me the original way), one of them decided to issue a lawsuit against me a few months ago. It was nerve wracking and I had to make a court appearance, but I won that round as the attorney for that creditor never showed so the judge dismissed it. I still owe that creditor, but I contacted my debt relief company and they have started negotiations with them so that they can't issue another lawsuit against me. That was round 1.

Round 2 has now begun as another creditor has entered the ring and issued a lawsuit of their own against me today. This is the creditor I feared the most would issue a lawsuit against me as my debt relief company has said they are the most aggressive and that they have to take a different approach with them when it comes to negotiation. It's also the one I owe the most money to so this one might be more of a fight than my previous lawsuit with the other creditor.

I'm worried, but not as much as the previous one because now I know how the game is played a little bit and can get a little aggressive myself as I now know what to do, what documents to send to my debt relief company, how to issue an answer to court regarding this summons, etc.

I'm now aggressively working hard at Wealthy Affiliate as well so I can build a thriving website that will earn extra income that hopefully will soon help me combat this debt even faster. I'm now starting to see some exciting things happening with my website since I've decided to fully focus on that one and put my first website in the back burner (mainly because I lost interest in that niche in regard to my first website). I'm moving along nicely in the Affiliate Bootcamp and putting into practice what I'm learning in each lesson. I'm starting to add more content on a regular basis, my content is starting to get indexed faster and I'm now starting to get people to sign up to my email marketing campaign and newsletter which is exciting, because nothing was happening with it for a long time.

We are in a battle during most of our lives with many different things and we can either let it control us and win, or we can stand up and fight it and be victorious. It's going to take a lot of effort and work and there will be setbacks at times, but if we stay the course, especially here at WA, the battle and even the larger war itself (with debt) can be won. I'm not giving up and I'm pushing ahead. The battle is far from over, I'm just heating up. Stay tuned.

Write something…
Recent messages
JustAPerson Premium
List a link (maybe on your profile) to Books category on Amazon. I already buy on Amazon so no big deal at all to simply click on your affiliate link whenever I do.

Ironically, I have bought a lot on Amazon yet happen to live in one of the few states that isn't eligible for their affiliate program (used to be years ago). Lol

Anyway... might be a very simple way to go. If just 10 to 20 people all bought through your link I imagine it would be meaningful in a month's time.

Reply Like Like You like this
Freedomseekr Premium
Great to hear you're working on getting out of debt and you've won some of the battles already! Keep fighting, debt is so hard to get out of I know all too well...been fighting it for years myself with hospital bills, hubby's college loan, credit cards, etc. but been able to pay some off completely...what a good feeling that is! Still more to go, but they'll get paid off too...at least one large one we'd been paying on for a few years is finally paid off last year!

Awesome advice you've shared here...it's definitely a good idea to deal with our debts rather than sticking our heads in the sand and letting it get worse, which yes, I'm guilty of doing in the past, lol. I've never used a debt relief company yet, but it sounds like a good idea to have someone on your side...glad to hear it's working for you!

Keep fighting and never give up!
Best wishes :) ~Sherry

Reply Like Like You like this
drjec Premium
Thanks for sharing all that you have been working on or dealing with. I am glad that you feel settled here. 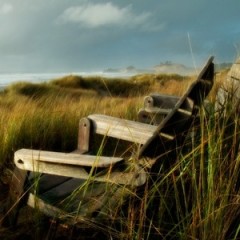 7Years
View Defiant6's Profile
Follow defiant6
Defiant6's Posts
88 posts
View all
I'm in the Top 200 for the First...
15 comments 15 likes
Something very unexpected happen...
7 comments 17 likes
Disapproving Comments
9 comments 16 likes
The REAL Reason Amazon is Slashi...
16 comments 30 likes
Wealthy Affiliate is now more re...
13 comments 27 likes
What I get most excited about at...
8 comments 20 likes
Traffic Is Suddenly Exploding At...
12 comments 29 likes
Goals and the Importance Of Them
9 comments 25 likes
I am in a Financial War and I'm ...
15 comments 21 likes
This is why I love Wealthy Affil...
10 comments 27 likes
Hold Tight!