This Day in Science 1

Next I Googled the term and one of the top results took me to one of my favorite sites: timeanddate.com. Lo and behold, there it was…. here’s the link in case you still don't believe me: https://www.timeanddate.com/holidays/fun/pretend-to-be-a-time-traveler-day.
Of course time traveling is a fantasy of a lot of people. Come imagine with me that we are traveling to a point in the past and another one in the future.

We choose to travel with Jason and the Argonauts chasing the golden fleece. Non-stop sea adventure, fighting monsters such as Medusa, the harpies and a skeleton army raised from the teeth of the mythical beast Hydra. Source: Wikipedia.

Amazing stop-motion animation sequence by Ray Harryhausen without computers, from 1963 film Jason and the Argonauts.

The Future
We decided that golden fleeces and skeleton armies are highly overrated so next we choose to visit the monolith recently discovered on the Moon courtesy of Arthur C. Clarke’s 2001: A Space Oddysey 1968 movie directed by Stanley Kubrick.

The Monolith from the film 2001: A Space Oddysey.

On our way there though we are told a ginormous version of the monolith has popped up on one of Jupiter’s Lagrange points. The existence of the monolith is kept secret from humanity and a race ensues among the Russians and Americans to get first to Jupiter and decipher the object’s mystery and significance for mankind.

Of course these are just movies, fiction pieces that exercise our imaginations and curiosity but have no significance in our daily lives. Reflecting on our past and future are also pretty useless, unless we are planning our businesses and life goals.

The Present
I would rather live in the present and take advantage of the training and tools available here at WA to slay our monsters of self-doubt and plan the future direction of our online businesses. And that’s time traveling of the real kind.

Aside from the fanciful images above I will like to finish off what I hope was an entertaining post with one of my favorite quotes:
“Yesterday is history, tomorrow is a mystery, today is a gift of God, which is why we call it the present.” ― Bill Keane

I especially loved his rendition of Comfortably Numb with David Gilmore and Pink Floyd at the Royal Albert Hall in 2006. Check it out on You Tube! :-)

Thanks for stopping by Mick and the trip down memory lane. Peace.

Reply Like Like You like this
coqui49519 Premium
@JeffreyBrown
Hi Jeff, really? It is difficult sometimes to tell pop culture from real historical artifacts lol and it’s one of the reasons I love history and reading from old old texts instead of new ones.

Have a lovely day. Peace.

Reply Like Like You like this
JeffreyBrown Premium
@coqui49519
Yes, it has been on the news! I know one was in a Utah Canyon, and another was found and destroyed in California! Not sure about the other one, Luz!

I threw out my TV years ago and do not follow the news that closely so thanks for the window Jeff :-)

Thanks for stopping by and have a blessed downweek friend.

I remember the film Jason and the Argonauts very well. I was 13 at that time.

The quote of Bill Keane is beautiful. We should enjoy each day we get as it is truly a present.

My most memorable scene besides the skeleton army was when the statue came to life and chased the Argonauts out of the bay :-) aaaah pop corn and good times.

I’m glad my post brought a little cheer and entertainment for a couple minutes.
There is only the Now, nothing else is guaranteed, and we should enjoy each moment like you say.

Greetings from cold (and getting colder haha) Michigan. Peace.

Reply Like Like You like this
Newme202 Premium Plus
Interesting blog Luz. Although things seems very nteresting in the past, it is much hopeful and sustainable in the future

Reply Like Like You like this
coqui49519 Premium
@Newme202
Yes agree 100% Simone, without planning for the future time just runs down our fingers like sand through an hourglass. I’m glad the post was interesting and I hope it brought a little entertainment in the middle of your routine :-)

Thanks for stopping by and enjoy an awesome week. Peace. 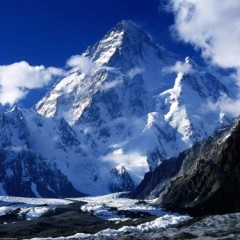