Have You Had An email From Google's Search Engines

You are probably wondering what I am wittering on about here. 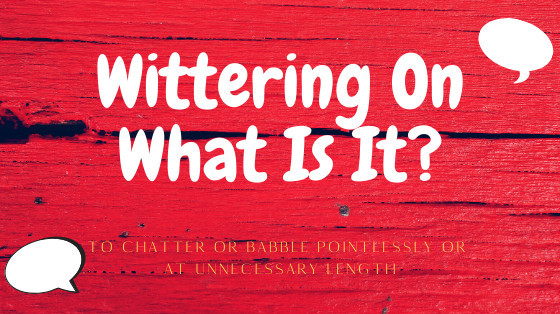 I was checking emails this morning and I came across something I thought you may be interested about. Some may already know what I mean and some may not even be interested in what I am going to say.

However, I am going to tell what I found as there will probably be a few people who don't know anything as I certainly never knew anything.

It has been noted recently that people are receiving alerts by email from Google's Search Console when it is showing that there are spikes in their search traffic.for particular pages. 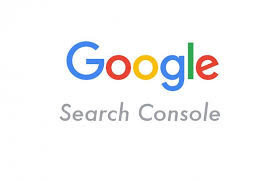 As well as showing the words "Your page is trending up", the email also shows a number which will specify the average daily clicks from the last day or two.

You will be given an attempted explanation by means of some possible reasons as to why you are seeing the increase in your search clicks.

By courtesy of Juan Gonzalez Villa, have a look at the email alert that he has chosen to are on Twitter so you are able to see what it says. 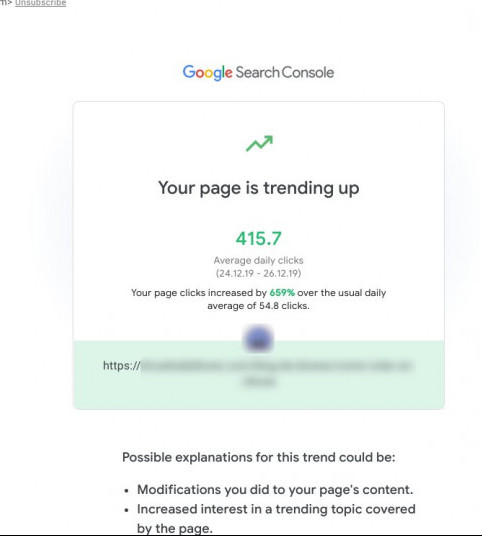 In the past, there have been emails just like these sent out to owners from Google's Search Console when they have had both spikes or drops in their sites search traffic for the week. The difference with the new emails however is the fact that they let the site owners know a lot quicker when they have spikes in their search traffic. As you can see above, there is a change between the measurement periods and instead of being a week is now only 3 days. Because of this difference, it gives site owners the chance to take advantage of the surge in their traffic with a better speed.

It was stated on Twitter by John Mueller from Google who said that the only time these emails are only sent out is when there is any useful information. Therefore, it will only be when there is a higher than average generations of clicks on a page that site owners will receive an email. Please take note though that they only way these emails will be sent is when the results of the traffic spikes show that they are only from organic searches. The reason for this is because it is all the Search Console has been designed to measure.

Spikes showing in traffic from sources such as social media's referral traffic will not cause the Search Console to deliver these emails.

So folks, if you receive one of these emails from Google's Search Console you know you are getting spikes in your organic search traffic. A very good thing to be informed about I thnk.

Here we are once more at the end of another week everyone. Enjoy whats left of your Friday and

Write something…
Recent messages
JeffreyBrown Premium
Fantastic information, Cheryl! Thanks for keeping us in the know! Enjoy your weekend!

99
View Chezbrown Profile
Follow chezbrown
Chezbrown's Posts
467 posts
View all
To Mum's Old And New
23 comments 20 likes
How Scary Is This Virus
39 comments 29 likes
Somebody Was Watching Over Me
40 comments 28 likes
Hey Ladies Do You Know What Day ...
10 comments 16 likes
Welcome March - Another New Mont...
7 comments 21 likes
Have You Had An email From Googl...
6 comments 24 likes
What Is More Important?
16 comments 18 likes
Have I Got News For You? - Yes I...
40 comments 36 likes
The Good And Bad News
36 comments 39 likes
Month Two Already
34 comments 26 likes
Hold Tight!