I Am Grateful To Be Back on WA

I was not available much on here at WA for a couple of weeks. I had my Deaf Mother visiting me from Fargo, North Dakota.She flew back home a few days ago. I did check in and responded with some WA bloggers while my mother was here when I had some down time.

A few days ago, I had a really bad tachycardia episode that sent me to the Emergency Room with a heart rate higher than 189. Although, they did not do anything for me in the ER except to give me Ativan to my reduce heart rate. They did not give me any other medications since they know that my track record with medications do not work.

My diagnosis is Inappropiate Sinus Tachycardia (IST). They do not know what causes that. My mother thinks its genetic because a lot of women on her side of the family all had tachycardia problem in the sinus node. All of them had pacemakers and most of them lived way past into their 90's.

Now my electrophysiologist wants to do an ablation with the possibility of a pacemaker. That is something I am not looking forward to. I already had one ablation done back in Fargo, North Dakota. I am aware from the medical research that this IST requires frequent ablations since medication does not always work. I've been on so many medications and none of them worked.

Thats the thing, I need to debate with myself, should I proceed or not proceed? As a former RN working in geriatrics field, the medical system isnt what it used to be here in the United States. I do miss the good old days where the medical system was so much easier to nagivate. I was not truly impressed with the quality of care that I received in the ER. The ER doctors seemed ill eqipped to help me. they consulted with a cardiologist who suggested to add new medications and that was bad advice for me because medications do not work for my IST. I was pretty upset with them because I felt like it was a waste of my time to go there. In the past, I would have been taken care of really fast. Not anymore.

Today, insurances controls what doctors can do and can't do. Insurance wants the electrophyisologist to continue to try more new different medications. Beta blockers and channel blockers didnt work. The last medication, Colanor used for heart failure had an opposite effect on me, instead of working for me, it caused my heart rate to go into a sudden speed drive. I thought the medication was causing that but the doctors do not think so. Its just an overactive heart rate and they need to ablate the nerve in the sinoatrial node.

It is my hope is that my insurance will approve of abaltion or pacemaker. Meanwhile, I am back in WA full force until I get approved for the ablation procedure. My goal from here on is to work fully on my website and develop it with high quality content.

I appreciate the new features that I see on the Dashboard and also the beta server on my site been added since yesterday.

I am a premium member now for 6 months and I havent seen any moola yet but thats my goal down the road. I do not plan on leaving. Im here to stay to build my site. People quit too soon before they can give this business a chance. I tell the newbies that they need to be patient and give affiliate marketing some time. Building any business (including brick and motar) requires serious focus and dedication.

The best way to build any business is to start working on small goals and small steps because the larger picture will be miles away. I start small and work my way up the ladder just by following the OEC trainings and the Affiliate Bootcamp training which is what I am focusing on now. If I get myself overloaded what happens is that I lose my focus. I didnt allow myself to do that. I stayed focused on the trainings. In addition, I had to deal with numerous of medical problems but I did not let that deter me from completing the OEC courses or helping numerous of WA members.

I am sorry to hear about all that has been happening with you.

Certainly a scary experience, and a few scary doctors to go along with it.

Please take care and keep us updated when you have the time.

Best wishes for a speedy recovery.

Reply Like Like You like this
EHR Premium Plus
Sorry to learn of those problems. I have a personal dislike of the drug industry/medical industry kick back mafia. Glad you are back to blogging. Gene

Reply Like Like You like this
GlenPalo Premium
@EHR
The drug and prescription benefit plan providers have the only legal kickback system in the U.S. thanks to the laws that were written.

Reply Like Like You like this
BElliott56 Premium
Hello Brenda, it's me Brian Elliott. I've been wondering how you are progressing. I'm into my 8 month now. Getting so close to my first sale.

Content is my biggest factor and making sure everything is running right. It is hard to push it out everyday but I keep working at it.

I'm sorry to learn of your health problems. Hang in there your right around the corner from your first sale. 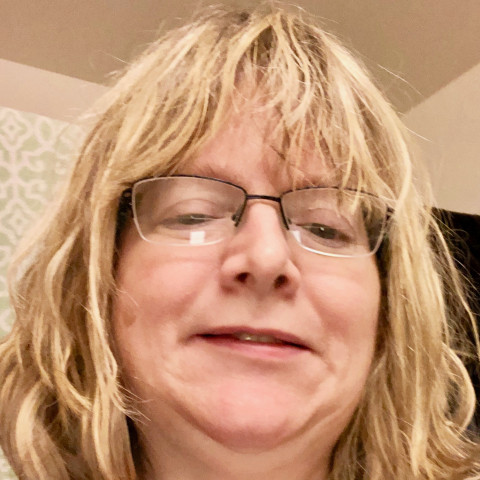