Honoring Heroes of a Dying Generation

It is Memorial Day Weekend 2019 here in the United States.and to many that signifies the start of summer, the first big outdoor barbecue, opening up of your pool, and heading to the beach. But the true meaning of Memorial Day is to honor those American men and women who have died while in active duty service.

FREEDOM IS NOT FREE

Even though Memorial Day is to honor those that died while still in service and Veterans Day is to honor those dead and alive who have served their country in a time of war, we Americans tend to mix the meanings of the two. Despite the divisiveness of current day politics, unity is strong when it comes to honoring those who do and did serve in the military. 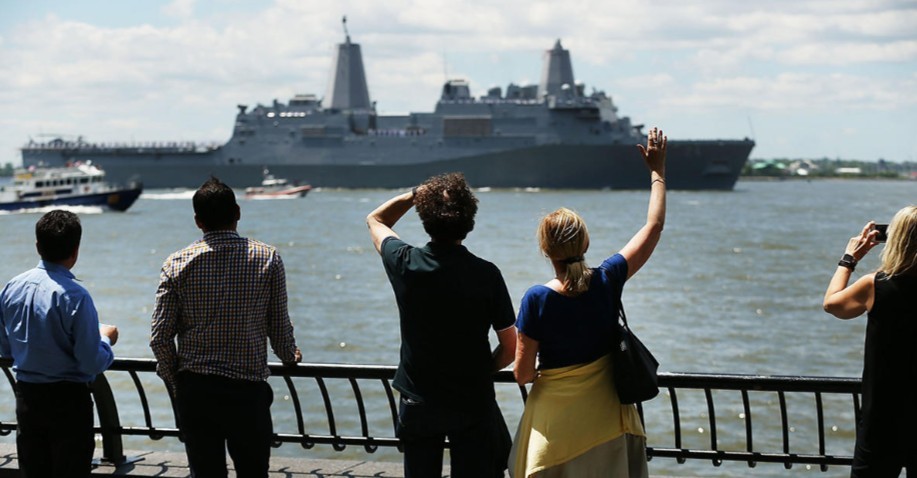 USS New York (made with 7.5 tons of steel from the WTC ruins) arrives in NYC as part of Fleet Week 2019

It is really easy to take for granted many of the freedoms we have, especially here in the West. But these freedoms we have come at a price of human blood with the death of men and women, fathers and mothers, brothers and sisters, sons and daughters. Do not be fooled or complacent because this fight for freedom is still going on today.

We citizens, no matter what country we live in, owe respect for those who serve and have served in our armed forces. You may not agree with the policies under which a military may serve, but you cannot deny the courage and dedication of those who leave their families and put themselves in harms way to bring some form of freedom to others.

THERE ARE PATRIOTS EVERYWHERE

Patriotism is not unique to any one country. Every country in the world practices' patriotism and though it does not have to be associated to the military, in many cases it can be. Being patriotic is a strong feeling and you can take advantage of that and create a niche website for those patriotic about their countries military.

Last year at this time I created a WA blog post about Military Affiliate Programs and how anyone anywhere in the world could pick that as their niche. I also gave a long list of possible sub niches and mentioned how you could cross-promote different niches and keywords with the military niche. If you didn't read that post you can read it at the link below.

The image above was just captured yesterday. I knew that the keyword Military Affiliate Programs was a low hanging fruit keyword, which is why I originally used it. I hadn't checked the ranking in almost a year. The last time I checked, about 10 months ago it was in the middle of Google page 2. Now it's on page 1 position 2.

The military niche is huge with so many possibilities to focus on. As you know I have many niche ideas rattling around in my brain, too many to do myself. This is why I have created a few training tutorials on niche ideas. But I just decided today that after my CBD Hemp Oil niche site is done I am going to start a World War II Buffalo Soldier niche site.

HEROES OF A DYING GENERATION

My dad was a World War II veteran and a member of the famous but "invisible" Buffalo Soldiers. The reason I say "invisible" is that of how they were treated by the government, the rest of the armed forces, and most citizens of the U.S. back in the 1940s. German and Japanese prisoners of war had more rights and respect than the all black U.S. Army division. 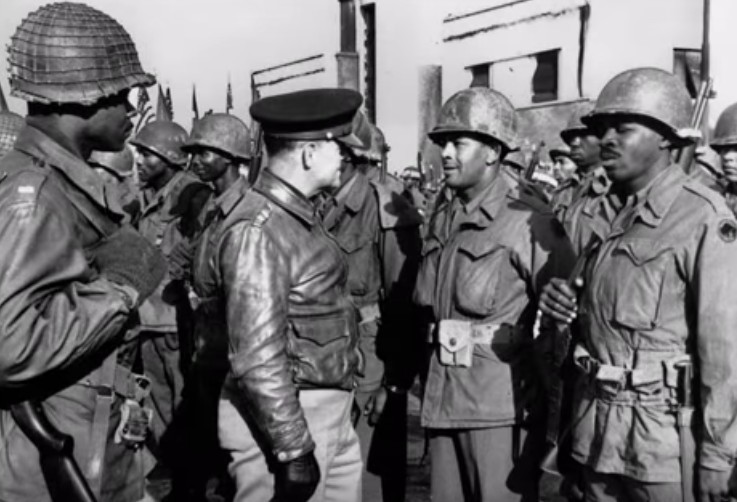 Despite Maj. Gen. Edward Almond blaming his own poor performance on his troops, soldiers of the 92nd ID went on to receive a total of 3,340 medals. My dad got two.

The 92nd Infantry Division of the U.S. Army was an all-black division, except for its 200 white officers. Like the famous Tuskegee Airmen, they were treated like dirt BUT they still performed well on the battlefield, in many cases above and beyond. If it weren't for the 92nd ID, Italy would not have been liberated from the Nazi and German army.

Though there is a national museum dedicated to the Buffalo Soldiers in Houston, Texas, I am going to create a website that can educate people the world over about the history that is not taught in the history books. There are only about a dozen combined Buffalo Soldiers and Tuskegee Airmen still alive in 2019. Those history making heroes will soon be gone.

Creating an affiliate marketing website in the Buffalo Soldiers niche is just one of many focused sub niches in the broader Military niche. I intend to preserve the memory of that dying generation that are not recognized as much as they should be. You too can bring attention to someone you know in the military by creating a website around what they do/did.

The military niche is popular year round and in any country. Here in the U.S. we have two main national holidays celebrating our military and veterans. The sales potential is massive with all the young and old generations wanting to own collectibles, flags, uniforms, surplus, and hundreds of other items. Starting your military niche website here at WA is a no-brainer.

If you follow me on Facebook, check out the mini-documentary video I just posted on my profile page called Deeds Not Words: The Buffalo Soldiers in World War II.

Write something…
Recent messages
CandP Premium
Thanks for posting this, Rob. Though neither of us has served, Colette's father was in an artillery unit in the 2nd world war and Philip's father was a navigator on a Lancaster bomber. Neither of them talked about it much but they both volunteered when the time came. All veterans have a special place in our hearts.
Colette and Philip

Reply Like Like You like this
boomergp08 Premium
@CandP
I honor and thank them for their service as I do anyone else who has served and sacrificed their time and lives. Though my dad was an engineer by trade, he was in an ordnance company supplying the ammunition to the entire 92nd infantry division.

Reply Like Like You like this
FKelso Premium
I think you are doing a good thing, and something that needs to be done. Good idea, and hope it goes very well.

Reply Like Like You like this
jetrbby80316 Premium
Thanks for honoring the true meaning of Memorial Day Robert, let's never take our frreedom for granted and honor those who fought for ours>

Reply Like Like You like this
boomergp08 Premium
@jetrbby80316
Amen Kaju. When I was younger it was all about partying at the Jersey Shore but now as an adult and especially after losing my dad, I take it to heart what Memorial Day really means.

Reply Like Like You like this
boomergp08 Premium
@NnurseBecca
My pleasure Becca. So many have given so much for all of to live today, no matter where we are in the world.