Even if you're a small local business, you should test pay per click. Here's why:

One of the revolutions created by PPC is in Local Search. The technology allows you to choose the geographical areas where your ads appear. So you can specify that you only want your ads to appear for Google users living within a 20 mile radius of Dallas Texas, or Manchester England or Sydney Australia.

While this local search technology in not perfect and is still developing, the ability to do low cost PPC tests in your area means that Google and Yahoo are now serious competition to your local newspapers and Yellow Pages.

Before we go any further, let me deal with a question that everyone asks.

One of the biggest concerns about PPC is what happens if someone unscrupulous keeps on clicking on your ad to get you to pay money. Google's experience is that while click fraud is an issue, it's not something to be unduly concerned about.

Google and the other companies have very sophisticated tracking software that tells them when that is happening and if they detect click fraud, you wont have to pay. They will refund you. Google are not stupid. They know it's a concern so they've invested in building safeguards. So please don't let that put you off.

Let's look at how much you should pay for your ad, because that's another big difference between Google and Yahoo.

On Yahoo, it's very straightforward. The person at the top is paying the most per click. Maybe they are paying 50 cents/pence each time someone clicks on their ad.

When you set up your campaign you decide the maximum amount you're willing to pay per click and you see what your competitors are paying so you can decide how high up on the page you want to be. You can also go in and change how much you're wiliing to pay anytime, so there's total flexibility.

Obviously the more you pay, the higher up the page you'll be and that will generally mean you getting more clicks, so it's a balancing act between your desire for visitors and how much you're willing to pay.

If there are lots of advertisers....in other words if you're bidding on a competitive keyword, those who pay the least may end up on the second or third page and so on.

Now with Google, there's a very important difference. And here's your first gem that most people who do pay per click on Google aren't even aware of.

The other part is determines by what Google calls your 'Keyword Quality Score'.

Google won't divulge precisely what makes up your keyword quality score but we do know it's a combination of:

The parts of this that you have the most influence over the relevancy of the wording of your ad - and the click through rate. What it basically means is that if you can write relevant ads that get more people to click on them, Google will reward you with a higher position up the page - and generally , the higher up the page you are the more clicks you will get.

Google do all of this because their entire search engine is built around relevancy. They want the most relevant, popular ads to appear so they reward you for ads that are popular. It's a piece of genius, as this has made many people a fortune and can do the same for you.

OK, so we have Google and Yahoo . Where do you start? Here is the best way to do it. Start your campaign on Google. Fine tune it and get it working well. When you've tested it and you've created a successful campaign, roll it out on Yahoo.

There are a couple of reasons for this. The first is Google is just bigger, so you'll generally get more visitors, But the second is that Google lets you make faster changes to your ads and their system is generally superior. So start with Google - and once your have a profitable campaign run it on Yahoo too.

Bid on the maximum number of keywords, for many businesses that can be 50 or a hundred. Maybe even three or four hundred or more.

I will give you an example and show you how important it is to get this right.

Suppose you sell cameras. If you just bid on the word camera, or even just three keywords phrases like 'camera', 'digital camera' and 'camera store' your missing out in a big way.

First, these phrases are going to be the most expensive to bid on because they're the most popular and competitive.... but secondly you're missing out on all the niche variations of camera that you could be writing separate great ads for....

For example, last month on Yahoo's search engines in the USA, this is the number of people who searched for phrases related to the word 'camera'.

Suppose the cameras you sell are Sony Digital Cameras.

There were 87,000 searches last month for Sony Digital Cameras..... Now if you've only got one generic ad running for everyone who types in camera .... the ad those 87,000 people see will obviously be your generic ad...The headline may say 'Cameras' ....The copy might say ' Great Cameras, Low Prices, 20% off'

But let's enter the mind of your potential customer.

But compare that to seeing an ad that says....

20% off your Sony Digital Camera

Aren't you far more likely to click on that ad because it's more relevant for your specific search?

In fact, if you're selling the cameras it could improve your click through response (what we call the click through rate)by a factor of 5 or 10 - that's 500 to 1000 per cent. If you roll this principle out so you've got ads running for 20,50 100 who knows how many keywords, your results are going to increase exponentially.

So Profit Strategy number one if you're not already doing it, is to massively increase the number of keywords you're bidding on.

Reply Like Like You like this
billmac65 Premium
@AngelReal
Your welcome AngelReal, feel free to bookmark all of these blogs and use them anytime as you wish. 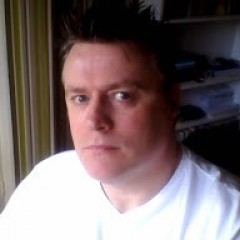