It Pains Me - but I can live with it!

There has been much talk (again) recently about site comments.

This time instead of spending hours earning credits by reading posts and posting comments I took a shortcut and purchased 20 credits to buy 10 comments.

I put my first couple of requests out there and went to sleep on it.

Was it A Nightmare or a Happy Dream?

Well it was a bit of both.

I got 9 comments in all of which the first 4 were horrendous!

Seriously bad grammar and absolutely no benefit to my site.

They were disapproved because I refuse to pay for a comment which gives someone else a credit when they have Seriously not put any effort into their comment.

I Am Not One to Name Names

Even if I knew who they were - I wouldn't.

But for those who comment on posts please consider why a comment is being requested -
it is not for you to get a credit, it is because the site owner wants some quality content!

The following comments are 2 of the ones I disapproved.

"Of what use is this article review because I could hardly underground that you are trying to say and at some point it will seem like you are combining your central ideas with other sideline opinions and I think this will not add the required value to your blog but if you can harmonize your central point it will be okay."

I could definitely not "underground" it!
Something like a 61 word sentence with no single punctuation at all.
I have no problem with negative comments, in fact I welcome them as they are an opportunity to discuss.

Again a 59 word sentence with zero punctuation that makes even less sense (if one can measure that numerically) than the number of punctuation marks!

Anyone for a "loose" "massage"?

To the 5 people (one person twice) who did leave acceptable comments and who did add value to my site.

Havve a great day everyone.

I have been ruthless and disapproved any comments which do not add value to my posts. Unfortunately that is a bigger percentage than the handfull I have approved. I've edited a few but at the end of the day if people are earning credits for comments and I am paying for them then they should at least make a decent effort.

"Underground" should be changed to "understand."

Should be changed to:

"This article is really not satisfying for me yet.
You should reorganize your post and make it have directions so that you won't border your targeted audience by stressing them in finding what message you are trying to convey to them.

If you continue further as you are doing, you may lose your targeted audience because they might lose interest in your post because of the way that you have chosen to organize it."

You do know Lawrence that you can change what has been offered and get back to the person with the changes and thank them and in return have them thank you.

Every negative has a positive to make it work.

Reply Like Like You like this
Bald Eagle Premium
@PMindra
Yes I am aware of all of the above but why should I change a piece of rubbish so that he/she can earn a credit?

I'd rather approve and reply to more intelligent and pertinent comments.

Can you even tell from these comments what my site or post is about? I certainly couldn't.

Have since found out these are one and the same person using different names.

He/she has just submitted another three equally irrelevant comments on another of my requests.

Thanks for your input.

Perhaps not my place to step in and add.

I can take down what was originally written.

Reply Like Like You like this
Bald Eagle Premium
@PMindra
All good my friend - I have altered comments in the past where there have been a few spelling or grammar mistakes.

These two were way beyond that.

Do always what is best for you.
Kindest regards.
Paul Mindra.

I find it very annoying when someone makes a worthless comment just to earn a credit.

Recently I received a comment from an individual stating he loved the title of my post, "What is Parkinson's Disease". It infuriated me. It took me two days and a lot of help from our WA family here, to be able to respond to this person. Did not know I had to give a reason as to why I disapproved the comment. It is behind me now.

I did mention my disgust to Kyle, as I think that these people who make comments without reading the content of the post and use WA should be penalized.

Reply Like Like You like this
ecomtom Premium
Hi Lawrence, I've experienced some similar comments. Even as feedback they are less than useless. They first need to understand the difference between feedback, and comments. Secondly, as you say, know the purpose of a comment, which is to enhance the article/post of the writer. Glad you at least had a few good comments. Tom

Reply Like Like You like this
CathyAllen Premium
I know what you mean. Besides dealing with what you mentioned, there are people who pay no attention to the kind of comments you want. I make it a point to rarely ask for questions. Yet, some people feel that a quality comment must have questions. NOT TRUE!! Okay, I'm through yelling. Comments should contain what the person is paying for.
Great post, Lawrence.

Reply Like Like You like this
Jules73 Premium
I put my hands up - I am guilty of this too...NOT the leaving horrendous comments on your site, the shortcut part where you pay money :-)

I have long since given up on providing site comment feedback for various reasons I won't go into here, I'm happy to do website feedback no issue there.

I purchased 1 comment for 2 credits last evening, I got 1 comment that I cannot use. I am reluctant to disapprove but feel I've been left with no choice, I actually do not believe my post was read in full.

"it is not for you to get a credit, it is because the site owner wants some quality content!"

It would seem my return was not as good as yours this time around ;-)

Reply Like Like You like this
Bald Eagle Premium
@Jules73
Sorry to hear that Jules.
If you aren't happy with your comments just do what is right. It is the only way the message will get across

I also tried to respond to your PM but couldn't and then I tried to send you a new PM, but that wouldn't send either...there must be gremlins about ;-) 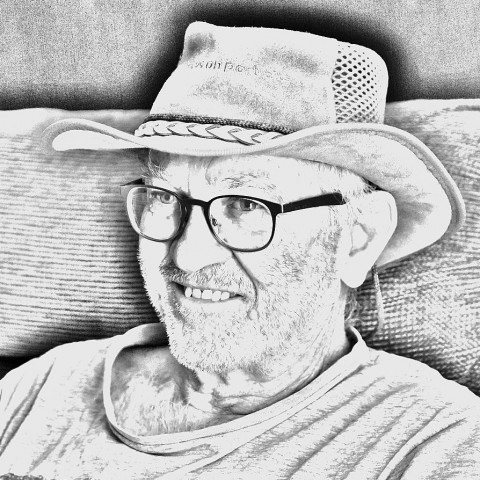 View Bald Eagle Profile
Follow bald-eagle
Bald Eagle's Posts
71 posts
View all
The Dumbest Person at WA
14 comments 11 likes
Learning Something About Myself
27 comments 13 likes
Can someone Please tell me Who S...
11 comments 11 likes
How long is too long?
14 comments 8 likes
Pintrest Helpe!
13 comments 9 likes
Top Of The Cherry Tree
14 comments 18 likes
A First For Me
41 comments 25 likes
Google Only Knows What We Tell I...
9 comments 12 likes
"Real Time" in Google ...
4 comments 6 likes
I've Been Approached and Proposi...
24 comments 17 likes
Hold Tight!