Who said this well know sentence?

Can anyone tell me who originally said "The money is in the list." ?

Write something…
Recent messages
Harrysastar2 Premium
Hi, Lily, unfortunately I don't think you'lll ever find out. Lists of customers, or subscribers as we now know them, existed long before Internet Marketing,

Direct Mail, incidentally over 100 years old and still going strong, and the companies that used it, built up their list of customers by sending letters or brochures to people extolling their products or services.

Once a person purchased a product or service, they were added to the list, very much the same as in Internet Marketing. So it is highly likely that the phrase "The Money is in the List" was coined long before the WW and internet Marketing. Hope this helps. Best wishes.

Reply Like Like You like this
APachowko1 Premium
Hi Lily
I cannot help you but I know someone who can. If in the UK you watch a programme called Countdown you will be aware of the person who works in Dictionary corner called Susie Dent, who in real life is a Lexicographer and Etymologist. Part of the programme she goes into the origins of words where viewers ask what did they word or phrase originate from. She has a Twitter account
(search under the name Susie Dent) and if you explain your situation, she may answer. I know it is a long shot. I know she has written books on the subject and you can dwell into them.
That is my suggestion

Reply Like Like You like this
Mick-D Premium
I don't know who said it Lily,
These lists actually originate from Government census's
These can then be bought and divided into buying demographics and other data, which can then be used by companies to find out who to market their products to.
These lists are very well organised. You could say extremely well organised !.
Copywriters wanting to push their own "How to..." also are buyers of these lists. they might only want 5,000 names and address's for ?? whatever, and the money they pay for them is to test to see if the product is going to sell or bomb.
As to who said " the money is in the list" you could take a punt on everyone from the tea lady, to some bureaucrat who sold the first list, or the guy who bought the first list.

I did a job on the North side of Brisbane for an import / export agent years ago. A very interesting character. He used these lists ( and it is where I first heard of them).
He had bags of plastic horse shoes he was going to make a fortune on, but it was against the rules of horse racing in Australia, but ok in New Zealand (where he had bought them along with plastic 10 kg beer kegs, or whatever size the Kiwis use. Instead of taking a carton to a party they take a keg).
I had shares in a race horse at the time, so he gave me a few bags of these plastic horse shoes. They were allowed to be used in training, but not on race day.
Interesting question Lilly. Happy New Year. I hope 2021 goes well for you.
Michael.

Reply Like Like You like this
Aussiemuso Premium
@Mick-D
Hey Michael, you are so knowledgeable and interesting. Plastic horseshoes. Goodness me.
I'm determined to track this down, it must be somewhere in the world.

Looking to a very prosperous 2021 and working hard at it with a copywriter.

Wishing you a great year too.
Lily 😁🎶

Reply Like Like You like this
Mick-D Premium
@Aussiemuso
I slept on this question last night Lilly, and I have come up with 3 suspects that could deserve further investigation.
As we know, Rulers ( not the measuring kind), loved doing census's. So they knew who in the list had the money.

So it could have come from about the time the term "worth their salt" was coined, which comes from the time legionnaires, were paid a salarium (salary) to buy salt.

When Gaius Marius, who was a ruler around that time was recruiting non property owners for service in the military after a series of defeats, the Roman senate asked where the money was coming from.
Gaius Marius held up a scroll and made a sweeping motion with his other arm and said, " I soldi sono in questa lista, " ( The money is in this list)... pointing at various Senators.

The Sherriff of Nottingham comes in as suspect number 2, equal with Queen Isabella of Spanish Inquisition infamy, where minorities were converting to her religion to avoid excessive taxation, and of course the rack.

Number 3 could be a couple of insurance guys discussing how they were going to pay for some disaster.
Like the great Chicago fire of 1871 for instance, which started when Mrs O'Leary's cow knocked over a lantern.

Have fun with it Lilly.
Michael. 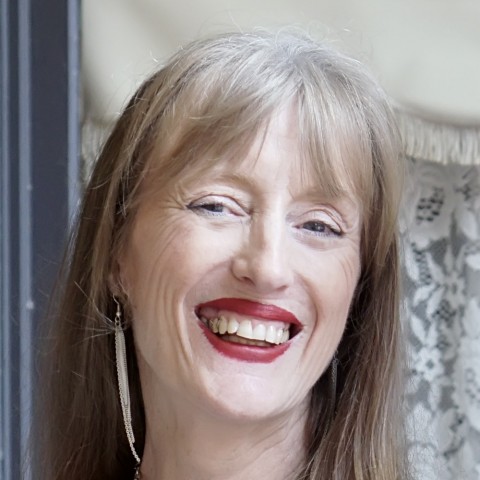