Does anyone here run a history site?

I am currently working on a local history website that has been an interest for many years.

I'm just wondering if theres anyone else on here doing a similar thing as it would be interesting to hear how they go about it and so on.

How about genealogy... you know, family history. If so, then... I handle one such site. Why do you want to know?

Reply Like Like You like this
Nuggetz Premium
@Triblu
Hi Trish.
I was just wondering as I have recently started building a local history hub website. This has actually been a project I started on Facebook about 12 years ago as group.
It was originally just an idea i flung out there that actually turned out to be very successful and attracted quite a lot of fellow local historians. Before long I appointed a few of them as Admins for the group as I was always quite busy in the summer months, so they done well to look after the group and keep out the spam.

Here it is 12 years on and its still going strong with new posts almost daily, so you can imagine, its accumulated quite a wealth of knowledge on the local history.
So, I decided when I joined Wealthy Affiliate that I would make a proper website that i could put all this information onto as a reference site.
I made the site back in January, but it has only really been over the past couple of weeks that i have put any effort into it.
I'm now wishing I had done so way before now because i'm really actually enjoying it. In some ways, even more so than my main site (which is a Make money Online Niche site). I especially love the research part too, although the Faceboo Group of the same name has a lot of stuff already on there and some posts are well written articles from other members.
So, I have contacted a few of these members to see if they wish to contribute. Some are happy to and I have promised to keep them posted.
I still dont know yethow I intend to monetise this site, if I do. But i imagine i shall perhaps promote some books on the topic. But at the moment, it's really just a sideline site i'm doing for my own enjoyment.
I quite fancy the idea of making it a member site (It can be Free to join) where members can contribute their own articles. Something like Wikipedia but obviously much more smaller scale and niche specific. But these are all just ideas at the moment. The main thing i'm working on at present is getting enough material up there to make it worth launching.
Currently it's published but I still haven't launched it as i have a few half written articles. But this wont take me long.
I was just wondering if anyone else on here was doing anything similar as it would be interesting to see how they do things.
I do actually like Geneology and have been doing my own family tree for a few years now (another thing I love researching).
However, I cant see it worth my while publishing my own tree as it's probablyy only really of interesting to me personally as its my family tree. What is it you do with yours?
This is my site if you want to have a look. But as i said, its probably about another week or so before its ready for me to launch and share with the group.
https://westlothianhistoryhub.com
Thanks
Kev

Your site looks great. Simplicity really is the key.

As for your family history only being of interest only to you... then you'd be shocked I'm sure if you started a website for your father or mother's surname, to discover just how many others of the same surname would enjoy a site like that.

Genealogy is responsible for my learning the computer. Seriously!

I have been searching my roots since I was just a kid. Took it a lot more serious as I got older, and actually realized that I was making progress with my proving my lineage.

So, I started planning for one day when I could publish my findings, and I called a local book publisher. I was informed that such a book would most likely cost me over $10,000 to publish... and THAT was in the late 80s.

In the early 90s, a miracle happened and I received a coloured catalogue from NRI, a correspondence school in Washington, USA (I live in Canada).

They promised to teach me how to publish on my very own computer of which would be supplied with the training, and only as I needed the different pieces... you know... the mouse back then was fully wired. LOL!

The course was called Desktop Publishing, and the course was so inexpensive that my income could EASILY cover the cost comfortably, so I went for it.

The very first thing I published was a national, black & white newsletter on family history. That newsletter looked more like a B&W magazine (our national archives asked me to send them two copies of each issue... and I did, gladly, as they preserved one copy).

Not only was I publishing this... but also started to learn how to publish web pages from others who were learning HTML online, and I was recommended to first learn with a hobby site... which was how I started my first genealogical website.

Having accumulated soooo much information on my father's surname it was EASY for me to create content... which got the attention of the main library in London, England and this site has now got it's very own URL, using the name I started with.

There is one tiny part of this site where I allow members to sign up to enter their own family info of the SAME surname... you know, in order to help us all eventually reconnect our families.... which is the site's mission.

That part of the site is NOT WordPress as WP is not secure enough. I pay a gentleman to code the member's area, and to keep the coding up to date.

Many of our surname branches of our families have been reconnected, thanks to that site.

If you would like to see around that site, I will gladly send you the URL in a PM.

However, from what you are talking about, I do wonder if a Wiki site would suit your purpose better. Wiki sites are exclusive on their topics.

You can download their script in making your very own Wiki site where you could easily setup for others to submit info, and you could check it BEFORE it goes live.

For me, when other's submit info, I enter it on the site and give credit to those who submitted the info.

You may view below resources for ideas 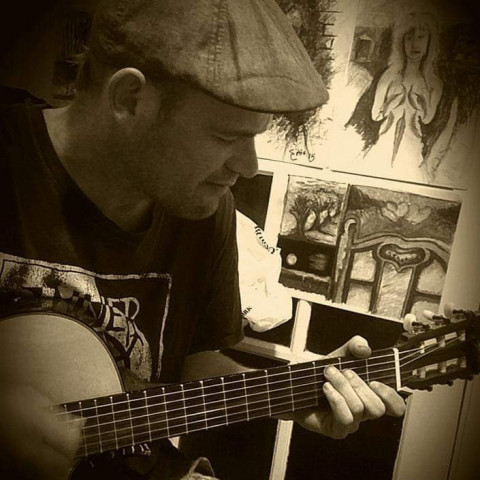