Over 150 Organic Comments In 2 Months!

I don't know about you, but I enjoy free things, and things that come organically. And comments are one of those things that many bloggers, including myself, love.

Of course, if you are a part of WA, you have the great feature of SiteComments, which allows you to request comments to a certain page or post on your website.

And now, I'm not here to say anything negatively against that feature - I've used it before on other of my sites, and will probably continue to use it later on in life. But today, among other things, I'm here to write about my success with organic comments.

What Are Organic Comments?

It's sort of like organic traffic - it comes and goes as the trends and times change. So I have no reason why I've gotten so many comments but I guess it is what it is and I should be thankful.

The website that I"m currently working on has currently received over 150 comments, 169 to be exact.

I remember the day I got my first comment two months ago. It was from 'unknown', and didn't leave much of a comment. But I didn't overly care. That's better than nothing right?

Now, I do need to be truthful. About a third of those are my comments replying back to the original comment. So, my guess would be about 100 or so are from other people.

Another interesting thing is that I was thinking about writing this last week, and naming it "Over 100 Comments In Two Months). Yes, that means that I got over 60 comments within the last week!

Ranking Well And Getting Traffic

As you may remember from my previous post, I had been doing well with traffic - getting a lot of it within the week.

I actually hit over 10K sessions for the week, and am I hoping to break that in the near future! 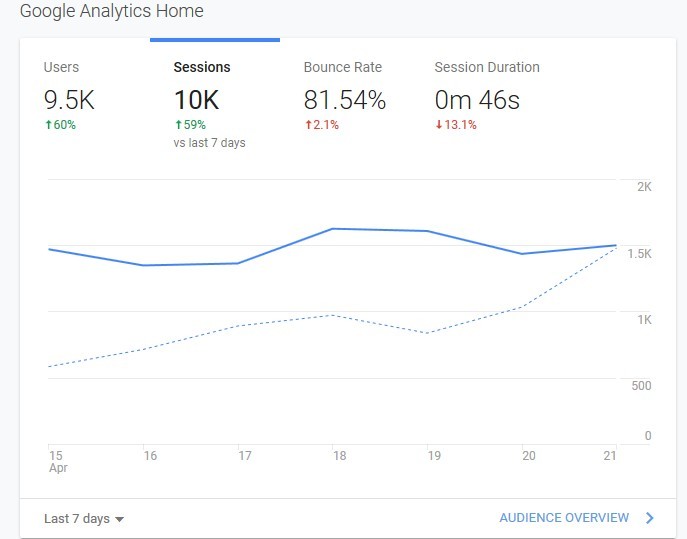 I've been able to average about 1.5K of traffic daily, and while I haven't hit the minimum for applying to MediaVines (which is 25K in a month), I should hit that within the next week or two.

Also, another cool thing is that just 2-3 hours ago, I published an article about a website that seems to be actively promoted through social media ads. I've already gotten over 100 users to it in those few hours, and will probably get a whole bunch more before it's done being promoted. 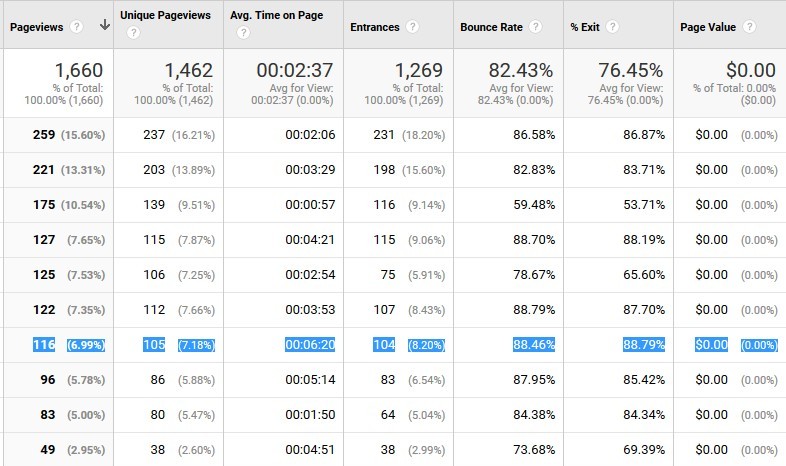 You Will Get Success!

Don't stop publishing or working on your site. Success will come sooner or later. keep setting goals for yourself, and try breaking your records.

In the end, if you continue with your site, you will see success, it's guaranteed. Succeed-ers never quit, and quitters never succeed.

As of writing this, I noticed that I had broken another record for my site - 20 users on my site at one time... Guess it's time to go back and see if I can set and break another record!

Have you received any organic comments? Don't hesitate to share how many you've gotten in the comment section below!

Reply Like Like You like this
AndyCalvin Premium
@MiaL
Getting organic comments are always exciting to me as well - unless it's those ones that come onto your site and leave comments that have no reason to be left.

Reply Like Like You like this
jvranjes Premium
With 78 posts you are generating such a huge traffic. You are doing something really good there and genuine comments come naturally as a result of this. I wonder what your niche is.

Reply Like Like You like this
AndyCalvin Premium
@jvranjes
It's the getting scammed niche, Jovo. So, you can get a lot of traffic in a short amount of time. It's now just a matter of keeping regular content, and hoping that you're hitting the right sites that can keep the traffic you have (and add to it).

Reply Like Like You like this
jvranjes Premium
@AndyCalvin
I see, OK this is far from my own niche. You will have a decent income from Mediavine, I have it in two sites. Their procedure is long, it takes several weeks.

To answer your question, yes I only rely on organic comments. But this is not even close to what you are experiencing. You are on the right track.

Reply Like Like You like this
Mandy94112 Premium
This is amazing success and you should be so proud! I'm hoping that I will achieve success like this with my first website on training my Labrador Retriever. On my site hope to link videos of training my lab "DIY" style and promote the products, resources, materials, training aides that I've used and had success with to other new lab owners.

So how are you notified when someone has left a comment? Just from Word Press? And if you receive an answer to your comment, do you receive those? How?

Reply Like Like You like this
AndyCalvin Premium
@FKelso
I have comments moderated, which means I have to manually approve each and every one I get. So I receive an email from my site every time someone leaves a comment, whether they are replying to something or not.

If you aren't receiving an email, then I think it may be something within your WordPress dashboard that you need to set. If you are having an issue, feel free to PM me, and I can see if I can help.

Reply Like Like You like this
AndyCalvin Premium
@FKelso
Oh, I don't get a response when I leave a comment. I think there is a plugin out there that will email someone if they received a reply. Jay told me it once, but I can't remember what it was.

Reply Like Like You like this
FKelso Premium
@AndyCalvin
Okay, that's what I want. I tried one plugin, though, that was supposed to do that but it didn't. Hmmm...