Hello Everyone, I Am Adrian Brown "Your Financial Physician" In this blog I will share some Secrets of the worlds Wealthiest People. All these famous people were celebrated business leaders. All had pioneering visions for their industries. All of them were (or are) Ultra-Ultra Wealthy. Sure, they were also brilliant and passionate about their businesses, but that doesn't mean that you and I can't learn a thing or two about how these people built unrivaled Wealth.

Bill Gates did it. Warren Buffet is phenomenal at it. Sam Walton showed that a rural farm boy could do it. John Rockefeller, Andrew Carnegie, and JP. Morgan were pioneers at it.

Not all the wisdom within these success stories applies in our daily lives. But, there are three important lessons we can start with today, in hopes of following them toward our own satisfying Wealth.

In many of the cases the world's wealthiest people got a very early start in their careers. Warren Buffet was buying stocks at age 11, and John Rockefeller got a taste of business as an accountant when he was a teenager. In this age of information it's possible for us to become wealthy in life at an older age then it has been in any other time in history, let's take advantage of this great opportunity.

The world's wealthiest people knew exactly what they wanted. Gates started Microsoft with the goal of putting a personal computer on every desk in every home. Buffet, mean while told his first investors his exact aim: to beat the Dow by 10% per year. And Rockefeller, whose Standard Oil business spawned oil giants Exxon Mobil and Chevron defined his life's mission early on: Make $100,000 and live to be 100 years old.

Even if your goals are out of this world, defining them right from the start will give you a sturdy launch pad. If your goal is to become a Billionaire, say it, write it down, and think about it every day and night. Your chances for achieving that goal will go through the roof.

(3.) NEVER STOP BELIEVING IN WHAT YOU'RE DOING:

Carnegie, whose steel company became part of what is now U.S.Steel once gave a young lawyer named Napoleon Hill a pressing task: to find out what sets successful people apart from the masses? Hill laid out his conclusion in the classic book, Think and Grow Rich. While he purposely didn't spell out the exact answers - he wanted to spur greater thought and concentration from his readers - one theme does stand out. No matter what, successful people never, never, ever give-up!

So there you have it. Secret's that can help you to move ahead on your personal journey to Wealth. Following these three steps may not land you in the History Books, but a few pointers from some of the world's most successful individuals can help you start off on the right foot.

Until next time I Am Adrian Brown, " Your Financial Physician". And remember " All Things Are Possible For You!!!".

Write something…
Recent messages
RTejeda Premium
Great! wealthiest people define their goals, are self-disciplined and work hard to achieve their dreams. We must imitate them.

For our success,
Rosa

Reply Like Like You like this
abiznote Premium
@RTejeda
Hi Rosa,
Yes, These traits are what the very wealthy people have used to master their Dreams and Achieve their Goals. It is a good idea to follow their lead. AB.

Reply Like Like You like this
abiznote Premium
@johnhevans
Hello John,
Thank you for taking a look at my blog, I look forward to sharing more thoughts and knowledge in the near future. AB.

Reply Like Like You like this
abiznote Premium
@JudeP
Hello Jude,
I am happy to know that members are taking a look at my blog. I know that if I can help one person to move ahead in their life with some needed information I have done a great thing. Thank you for your comment. AB. 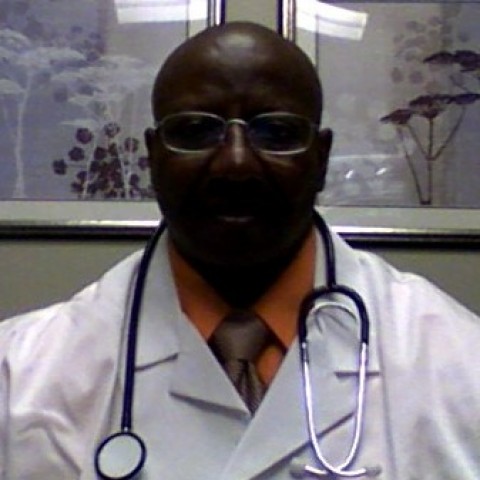