Dedication Badge - A Surprise, But a Prompt

I have 3 days to come up with the means to renew on Wealthy Affiliate and opened it tonight as I am deciding what to do...this dedication badge took me by surprise, as I cannot say I had been able to be dedicated to Wealthy Affiliate due to outside circumstances for a while. But...

Sometimes as we begin one thing we can become knocked off the track by forces of nature a bit greater than ourselves. Those times can paralyze us, but in essence, what happened is irrelevant. It did keep me away from reliable computer access or even time to sit down at one. It was, in retrospect, what had to happen while the things of life that had to be attended to were more pressing, there was one major important thing about the experience...

"FACE THE REALITY OF THE SITUATION BUT DON'T TELL YOURSELF IT IS WORSE THAN IT IS" (paraphrased...see below)

Forced to examine a lot of things both externally and internally, I heard it stated by Tony Robbins that one of the most important parts of coming through and out of any challenge is to face the reality of the situation, but not to make it worse than it is. There was a lot of wisdom in that. Listening to several motivational speakers helped me to recognize where so many of my own fears were driving circumstances in the past year and to the level of true crisis by all measures.

There was so much that occured that could have, for all intensive purposes, left me not believing in myself nor ever able to trust another human being, yet the pain of both of those propositions and the understanding that feelings pass and that all life lessons, especially the more painful ones, end up being our greatest gifts

It was also from Tony Robbins that I heard it (and am paraphrasing it); that it really isn't humble to state that we have forgiven someone or something...forgiveness isn't really ours to decide from a Karmic standpoint. I don't really know the answer to that, nor is that important now, other than that to have remained in morbid reflection over a series of events that were in part very much outside of my control would have left me a shell of a person and it wouldn't have been fair to myself not to forgive any and all involved, especially deep within and to FEEL that grace

What brought me through almost 8 months of a really scary situation was remembering other times in the past which had been challenging beyond all measure and I had to remember that if I had survived those, the answer to this series of events and the survival of those events would make me stronger somehow. It did. Humor brought me through it and cemented the feeling inside my core when I was able to find something that even made me laugh; it was to remember that I survived a year of physical chemistry class way back in the 1980s. As I was relaying this to a friend, it was impossible not to laugh out loud and almost instantly, the reassurance that I could survive ANYTHING returned...LOL.

Well, thank you, Wealthy Affiliate for my Dedication Badge. Interestingly, whether I continue or not is still up in the air due to other hurdles ahead, but it inspired me to consider that very seriously.

Reply Like Like You like this
kpercival55 Premium
I wish you best of luck in overcoming the hurdles that currently stand in your way.
This is a tough commitment of time and energy, but the potential rewards can not be matched anywhere.
Blessings to you,
KyleAnn 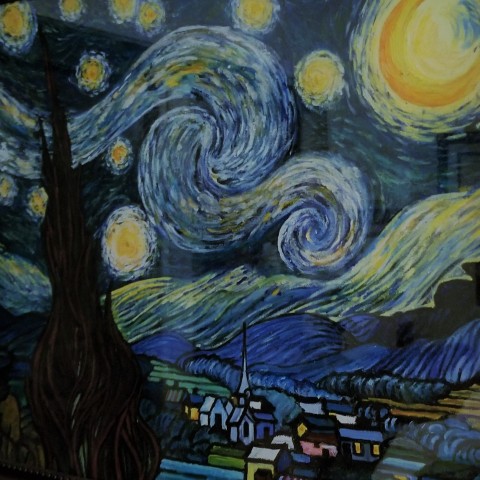