My Journey Into The SAC Abyss - Started in Ruin, Almost!

Sometimes things just aren't easy, but then it wasn't so bad when we look back. I entered the Super Affiliate Challenge this year using my existing site. i wanted to get it straightened out.

The first task, I was given by Kyle was to change my free theme, and start SAC with a new Theme. I chose the GeneratePress Premium theme. I really liked the nice clean look, because it was quite an improvement. however, my excitment faded as I looked around and saw a lot of stuff was moved or missing.

The free version of GeneratePress needs to be installed first, then the Premium plugin is added. It wouldn't install properly. I sent a help request to WA support, and in no time, they fixed that issue! Those guys are great!

Where I use to have 2 menus, now I had one. My images were not where they were supposed to be, and almost all my widgets were stripped out, God only knows what happened to them!

I found some thrown in the bottom corner of my wiget page,( as a list of unused widgets).Some had just vanished, I never did find them!

Everywhere, colors had changed, my header was different, even the font was changed. Basically it was a mess. But, I knew I had the community here at WA along with the best training and research library found anywhere on the web. So, I dug in!

It took longer than I thought, I started Friday and was still tweaking on Monday

The first thing I learned was I now had the opportunity and ability to actually place a logo, inside the header, without using canva to create the entire header and place it in there. Woohoo! That was nice!

Then, I changed colors and fonts, hid tags and breadcrumbs, downloaded new images for bigger sizes, and changed the featured images to a different location. I was getting work done, but still more to do.

I noticed that I had black font in all my posts except for these crazy blue links in the titles of my Widget Thumbnails Recent Post exerps that drove me nuts!

I couldn't figure it out where to chane that font color to black. When I went back and checked the font color was black...but the link button....was BLUE. That was the aha moment.

Of course! The headings were links! A change to Black link button for the widgets fixed it. Great, so I thought I was about done. Until I noticed my Google Analytics Tag was gone!

Where Did Google Analytics Go?

Ok, no problem. I will just put it back into my footer widget. Nope, didn't work!

I use Yoast SEO, and it is a bit different than the All In One SEO that is installed here at Wealthy Affiliates on the new websites. WA does that because it is simpler to use.

The problem is that Yoast doesn't have a spot to put the code for your Google AnalyticTag, There is a spot in the All in One SEO, but not in Yoast. I like using yoast. It just make life simpler for me, and helps so much with my SEO ranking.

So, what now? No problem, it is easy-peasy with WA Video Library!

Jay made it so simple using a plugin called Header Footer Code Manager. It is fairly straight forward, and Jay give's the step by step process.You can stop the video as you need to for as long as it takes you, but it is easy. It works like a charm!

If you ever want to check to see if your Google Analytics Tag is working, just go to your site page in google(have your site page open with an article open in another tab) and check the Real Time Overview. Give it 30 secs or more, if you don't show up, and your stats are falling or at zero(when you had established traffic before) you need to troubleshoot your Google Analytics tag.

Well, I hope you found this useful, and you can rest assurred, I got my site mostly squared away, still a bug here and there. But, I love my new theme!

Write something…
Recent messages
HoraceT Premium
Hey Carl great post. I too use Generate Press as of 2 weeks ago. Had tried using the Divi theme before but it was a bit overwhelming. Started a new site for the SAC. Glad to see you got your site straightened out. Best wishes to you.

Reply Like Like You like this
3chas80 Premium Plus
@HoraceT
Hi Horace!
Thank you!
I see you have been here at WA awhile also! I did the same thing, and tried Divi also, I couldn't get anywhere with it.
I like this one! At least I can work with this theme. I knew it was gonna take awhile, because I installed the free theme a few weeks ago, and I saw some of the changes it was gonna make, but I wasn't ready to deal with it. Put my WeaverXtreme back in.

I honestly didn't think I was gonna get accepted to SAC.But I was!

What do they say...Necessity is the mother of invention? We find a way to move forward!
All the best to you as well!
Chas

Reply Like Like You like this
3chas80 Premium Plus
@FKelso
Thanks Fran,
I wanted to offer something people might find useful. And maybe let the people who are new to websites and themes, know a theme change isn't always easy! 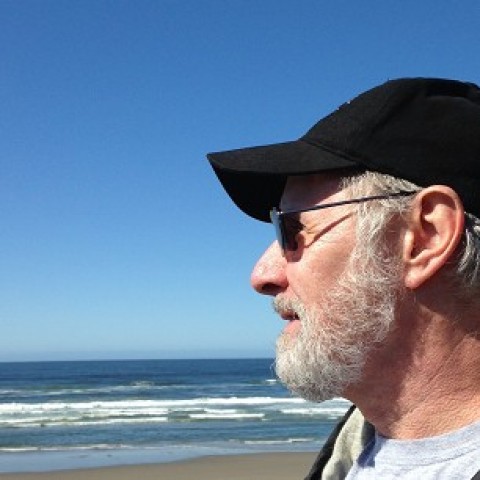